Corlett is promoted from COO of BA

Manufacturer of kitchen, bedroom and bathroom furniture components BA has announced the appointment of Nick Corlett as CEO of BA Components and BA Clic Components. 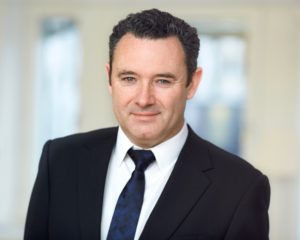 Both have now taken non-executive director positions and will continue to be members of the BA board.

Brian McCracken commented: “After 28 years of starting and steering this business, along with Kieran and a great management team through many changes, it is with great pride that I pass the baton to Nick to take and lead BA on the next steps of our journey.

“Nick’s previous experience and working with him in his COO role for nine months now had given us valuable time together to explore all parts of the business. Nick is now firmly ready to take the challenge on.

“Both Kieran and I support and wish Nick the best for the new role and times ahead.”

Speaking about his new role, Nick Corlett said: “I’m truly excited about leading the next chapter of the BA story.

“Brian and Kieran have built an amazing business with a reputation for quality, design and manufacturing prowess.

“It’s an honour to be taking this role at such an important time as we launch new products and services.

“I believe we have a strong business and a great team around us and I’m looking forward to continuing the BA success story.”

In addition, BA manufactures and supplies volume OEM products and serves the new build project market with a turn-key solution from design through manufacture to installation.