At the British Institute of Kitchen, Bedroom and Bathroom Installation (BiKBBI) inaugural conference, CEO Damian Walters spoke of the need to address the industry skills gap and mandatory regulation of fitters.

At the British Institute of Kitchen, Bedroom and Bathroom Installation (BiKBBI) inaugural conference, CEO Damian Walters spoke of the need to address the industry skills gap and mandatory regulation of fitters. 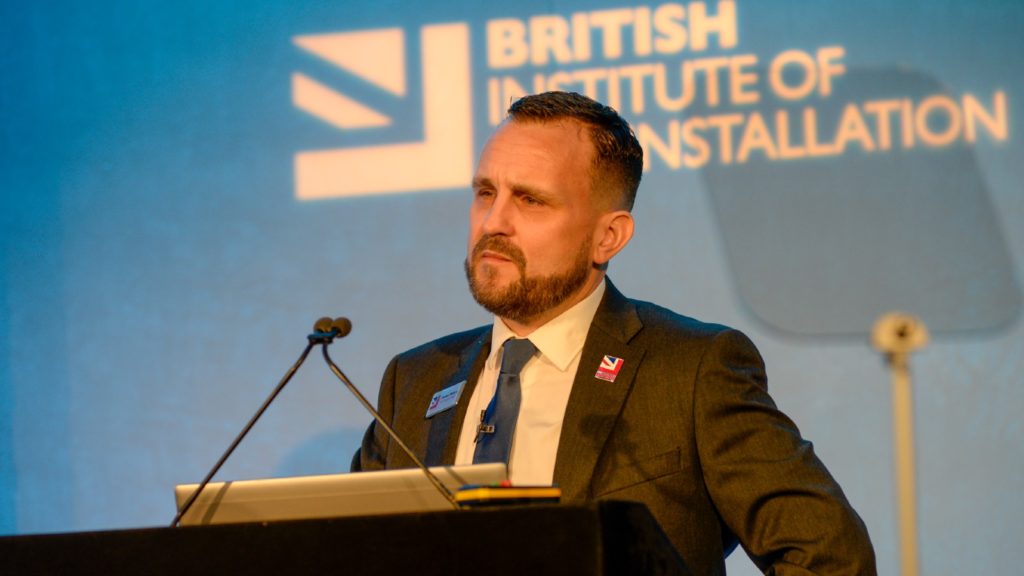 As part of the conference titled “Building a sustainable future”, held at the QEII Centre in Westminster, Damian Walters said the skills gap has been exacerbated by Brexit and COVID.

He pointed out, a lack of fitters has led to increased installation lead times and said this will impact post-pandemic recovery of the kitchen and bathroom industry.

Walters commented: “If we haven’t got installers to fit product for manufacturers and retailers, then it is really going to hamper our recovery and our bounce back from what has been a challenging two years.”

Walters said the kbb industry needs to talk about installers and attract young people into the industry to help fill the skills gap.

Representing more than 7,000 fitters nationwide, Walters warned the kbb industry risks reputational damage, similar to the double-glazing industry in the 1980s with a lack of competent tradespeople to fulfil huge demand.

He also pointed to the BiKBBI opening up dialogue with Government on the topic of mandatory regulation for those working in the home improvement sector: “When there’s a huge spike in demand for home improvement, it can’t be okay that anybody is allowed to do that work – not for the professional installer and not for the retailers. It’s not good for the consumer who loses as a result of that.

“We need to fix that. It should be anybody who goes into a consumers’ home is competent to do that role at the very basic level.”

His views were echosed by speaker Abdul Tantouch of AMA Research who said: “Delayed kitchen installations resulted in an estimated 15% of consumers being hit by rogue traders.

“Rogue traders take work from quality, competent works and as the wait time and prices increase, consumers will be drawn to take up offers from rogue traders rather than licenced contractors and therefore the industry is in urgent need to be regulated.”

Walters demanded:“Government must support professionals to stand out, reducing risks to consumers, or else we will very much be at the risk of an unregulated industry.”

The BiKBBI which was fielding 70-80 calls a day during the height of the pandemic, announced it would launch a new App for improved communication and relaunch its National Inspection Service to support alternative dispute resolution.