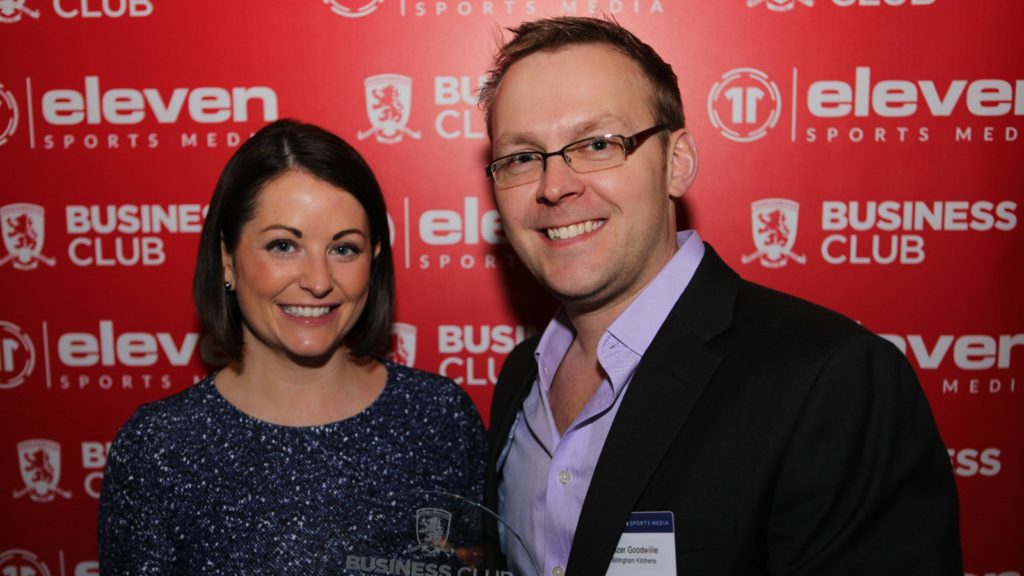 It means the company’s logo is displayed on crowd-facing LED boards; as well as StadiumTV screens, within the concourses at The Riverside.

Billingham Kitchens branding will be seen by more than 20,000 supporters at every Middlesbrough FC home game.

The kitchen retail business was formed by Ann and Ian Goodwillie, alongside their son Frazer, in 2012.

Following Ann and Ian’s retirement in 2016, Frazer Goodwillie partnered with Paul Cook, who joined the business as a Director.

Frazer Goodwillie commented on the sponsorship deal: “We’re very much a locally-focused business, and  operate on a B2C basis. We’re both local lads and we both support Middlesbrough.

“We think it’s important to support the club through the Business Club. It’s good for the area. That’s why we got involved.”

All Business Club partners are invited to exclusive events that have included Q&A evenings with former Boro players and a tour of The Riverside.

Frazer Goodwillie explained how the company’s involvement with the Business Club has already had a positive impact: “Increased recognition goes hand-in-hand with football sponsorship.

“Because we’re seen at the football, we become a company that fans become familiar with. Being involved in football sponsorship gives people an idea that you’re a successful business.

“It’s like when you hear about companies on the radio, you think they must be a big company.

“If people are big Boro fans, maybe it does interest them that they can spend their money at a business that’s already supporting their club.

“We’ve built a good momentum and it’s just about trying to carry that forward and sustain it throughout the year.”

He concluded: “We normally have a lot of enquiries in the Norton, Billingham, Hartlepool sort of area, but we’ve had a spate of enquiries within Middlesbrough recently.

“We’ve started to have interest from further afield and I don’t think that’s a coincidence. The link with the football club seems to be working.”