Kitchen and bathroom sales through the merchants have nearly returned to pre-pandemic levels, showing growth in the past three months.

Kitchen and bathroom sales, through the builders merchants, have nearly returned to pre-pandemic levels and shown growth in the past three months, according to the Builders Merchants Building Index (BMBI) report 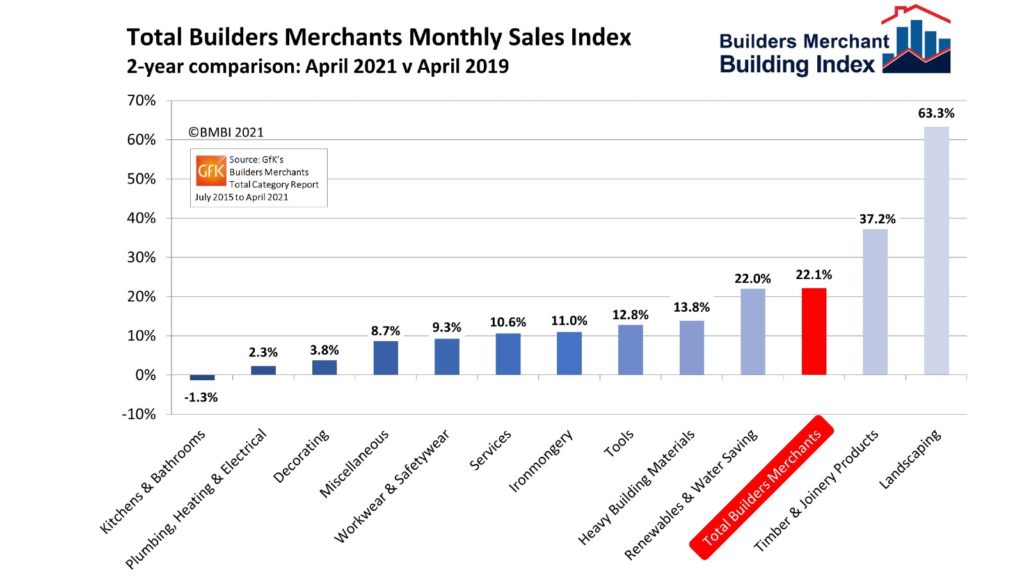 It found kitchen and bathroom sales have been affected by showroom closures national lockdowns and a hesitancy among homeowners and installers about working in the home.

However, kitchen and bathroom sales have been positive month-on-month up 18.7% on March 2020.

Kitchens & Bathrooms were also “significantly” ahead of April 2020 with sales up 706.6%

However with many merchants closed during April last year, the BMBI also compared sales against April 2019 and total sales were up 22.1%.

Over the last three months – February to April 2021 – total value sales were up 72.4% compared to the same three months in 2020, with one more trading day this year.

Compared to the same three months of 2019, total sales were up +15.6% overall, helped by two more trading days.

Kitchens & Bathrooms sales were -2.8% behind 2019 figures, and the only category to report lower sales.

April’s Total Builders Merchants index was 150.6, the second highest ever recorded, with Kitchens & Bathrooms at 113.5.

Treat the business like it’s your own, advises designer