Lighting, sound and scent on wish list for bathing areas

The vast majority of Brits (83%) want self-cleaning WCs, according to a survey by showerstoyou.co.uk, which asked consumers what smart bathroom tech they found most appealing. 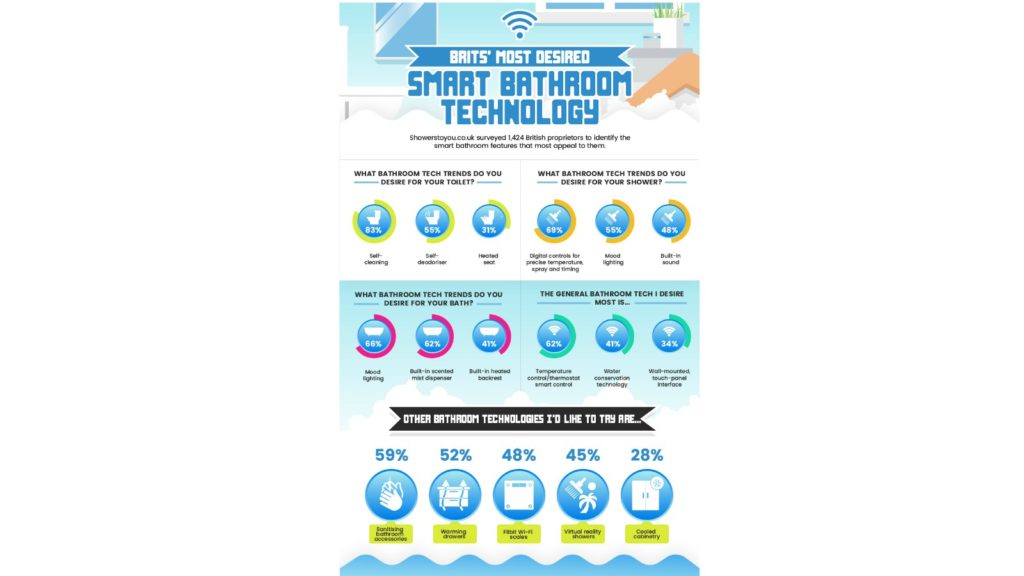 More than half (55%) were interested in a self-deodoriser function and a third (31%) wanted a heated seat.

According to the survey of 1,424 Brits, two thirds (69%) like the idea of digital controls for precise temperature, spray and timing for the shower.

In addition, for the shower, more than half (55%) and just under half (45%) desired mood lighting and built-in sound, respectively.

In addition, consumers also highlighted five emerging technologies they would like to try in their bathroom

Gadgets that use UV light to disinfect items like damp towels

Think a heated towel rack but in drawer form to store towels, robes and slippers.

An advanced set of scales, which track weight, lean mass, body fat and more – and sync data wirelessly and automatically to your Fitbit account!

A feature to enables homeowners to project scenes – such as the beach, jungle or somewhere peaceful – within the washroom

Read about the latest trend for digital brassware.