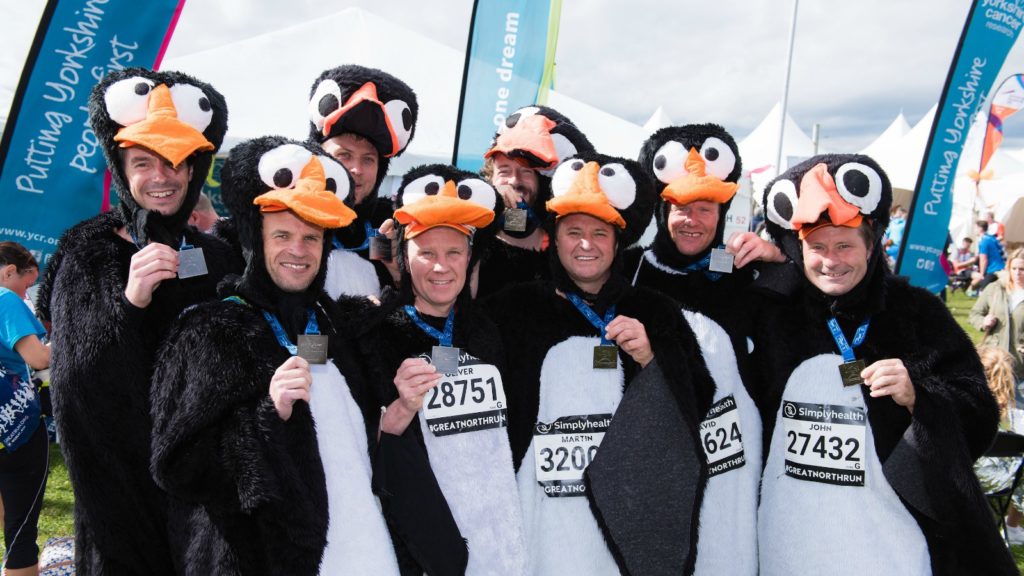 Team Penguin began as a group of friends wearing penguin suits to a fancy-dress party, which led to one member, Richard Logan, being challenged to complete the 2005 Great North Run in full costume.

Snowballing from there, the penguin runners have become a familiar sight in the race, with this their 10th and final race.

Ceramique Internationale has supported the group since 2016, when its specification sales director, David Longbottom took part in the team’s half-marathon efforts.

The team had already raised £48,000 across previous Great North Runs and, with another £2,300 raised so far this year, have beaten  their £50,000 fundraising target.

Specification sales director at Ceramique Internationale David Longbottom, said: “It was very warm, especially in a black penguin suit! But the crowd were amazing from start to finish.

“We all had a fantastic day and are thrilled to have reached our target total – which hopefully may raise even higher.

“It has been a pleasure to run with the penguins and raise money in support of the inspirational work at Yorkshire Cancer Research.

“Yorkshire has worse cancer outcomes than most of England, and every penny of our £50,000 total will go towards helping people avoid, survive and cope with cancer.”

Director of Ceramique Internationale, Cameron Fraser, said: “We were delighted to support such a deserving cause once more, especially to help them reach the incredible total of £50,000 on their final run.”

Hotpoint joins with Jamie Oliver in Eat Your Fridge Challenge