Consumers look to kitchens and bathrooms for smart tech

More than half of consumers (53%) believe the kitchen is the room in the house best suited to smart technology, second only to the lounge (72%).

In addition, a third of consumers (34%) think the bedroom is the best suited space for smart technology.

The survey from Eureka surveyed 946 UK households to understand their attitudes towards smart home technology, with the findings analysed by sellhousefast.

It found only 13% of consumers thought the bathroom was ideal, less than the garage (16%).

In addition, sellhousefast found the smart home devices and technology of most interest to users. 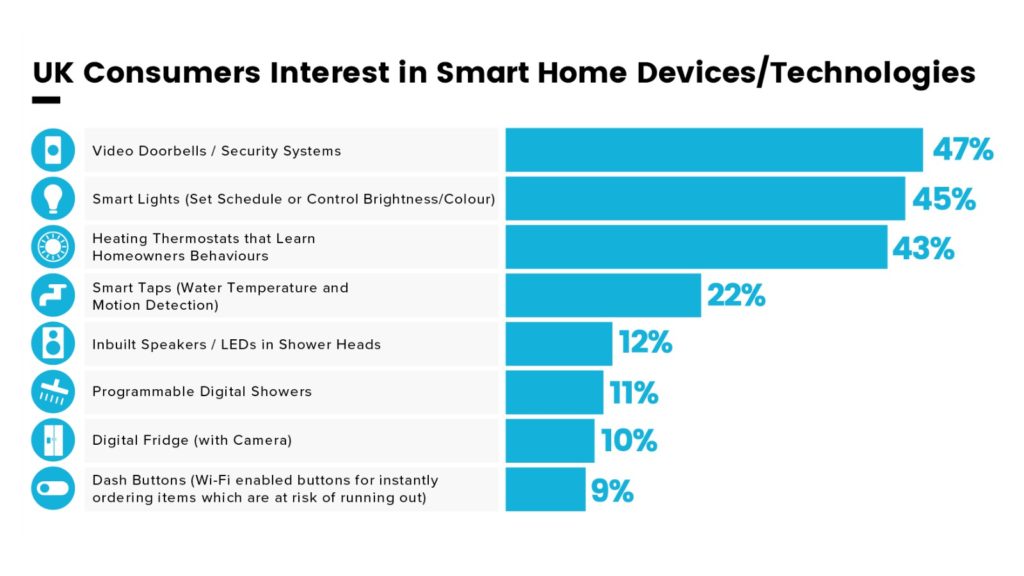 However, the majority of tech following these choices was for the bathroom – smart taps (22%), built-in speakers (12%), digital showers (11%).

It suggests consumers are interested in tech for the bathroom space.

It was followed by 10% of consumers who are interested in a digital fridge with a camera.

When considering purchasing smart home technology, although contacting a manufacturer directly was the most popular answer, a fifth would refer to an established retailer (22%).

In line with these findings, Samsung has recently collaborated with high street retailer Magnet, introducing the Smart Kitchen to consumers. 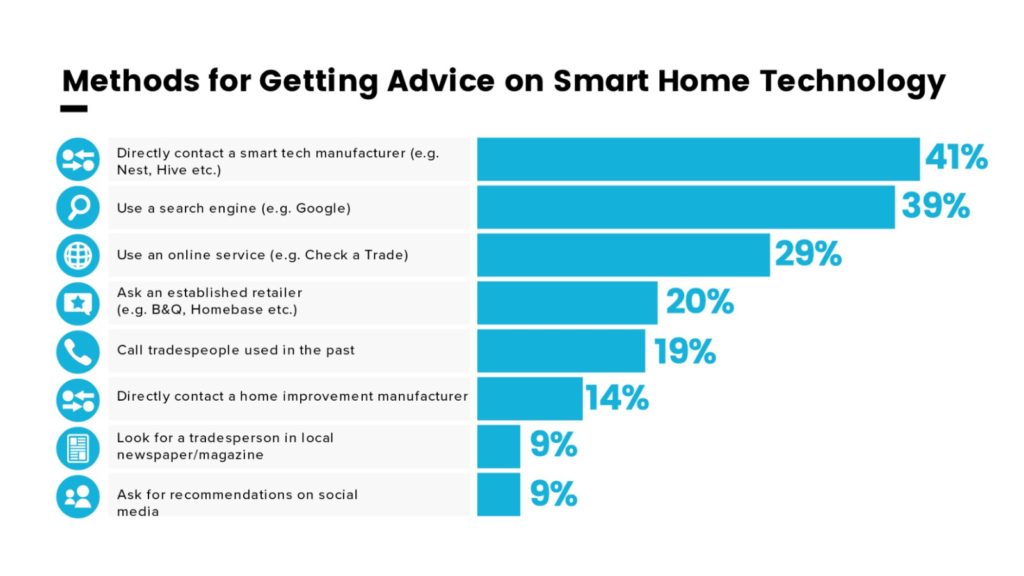 Managing director of Sellhousefast.uk Robby Du Toit commented: “The growth of smart home technology over the last few years has been phenomenal. Despite Brits being initially sceptical towards the technology, improved understanding and more affordable pricing has given smart devices greater appeal.

“This research certainly shows that Brits are beginning to have a firm grasp of the smart technology they desire and would be willing to actively use in their home.

“Looking into the future, with the integration of smart home devices expected to become a real incentive for prospective buyers/renters, the technology could play a fundamental role in increasing the overall value of properties.”