The company has three London showrooms based in Chelsea, Wimbledon and Maida Vale but all have been forced to closed in the third national lockdown, as they are not considered ‘essential’ retail.

Speaking to Kitchens & Bathrooms News as part of its exclusive video series #KBNOne2One, Tony Robson said: “The biggest issue we’ve got are where are the new clients coming from?”

Day True has been able to continue to work behind closed doors, and install ongoing projects, but is unable to attract passing trade into its showrooms.

Robson said: “We have very busy locations and we do rely on people walking past and coming in.”

He continued: “Being ordered to close will have an affect on us without question, or may have an affect as we are obviously trying to do things to limit that.”

The company, which has been established for seven and a half years, is now focusing on social media to attract new business.

For the first time, Day True is investing in paid for promotion on social media, as Robson explained: “We’ve always done organic social media campaigns but I’m going to do my first advertising campaign which will be about generating leads. It will be based around trying to get the leads that aren’t walking through the door.”

He cited his frustration over DIY and trade counters allowed to stay open, while kbb showrooms have to remain closed, especially as they have a low volume of traffic instore.

“If we’re employing people that means there are people out there spending money, which makes the economy go around and I don’t think there’s been anywhere near enough support for business owners.”

He called for the kbb industry to have more of a voice about the importance of it in people’s lives. 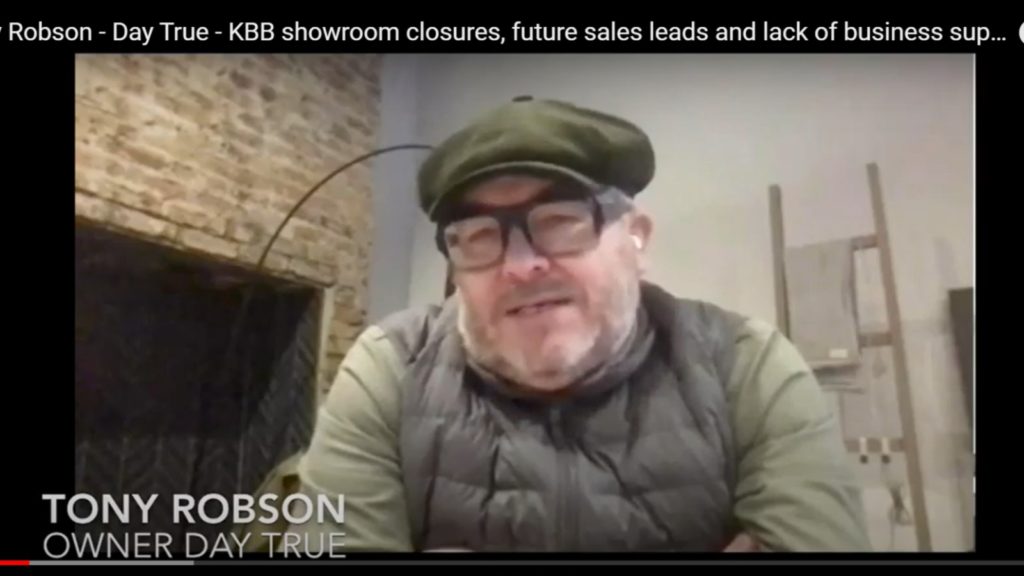