Deliveries and import tax are headaches for retailers

Founder of The Independent Network and director of specialist retailer More Than Baths, Richard Hassell reports deliveries and import tax are the biggest headaches for showroom members.

Founder of The Independent Network and director of specialist retailer More Than Baths, Richard Hassell reports deliveries and import tax are the biggest headaches for showroom members.

The Independent Network boasts around 180 bathroom specialists, as well as supplier members and aims to build stronger relationships between manufacturers and trade customers.

Speaking as part of Kitchens & Bathrooms News video interview series, #KBNOne2One, Hassell said a showroom member recently received a delivery of brochures and samples and was charged £55+ VAT because they were imported through carrier DHL.

Richard Hassell commented: “The showrooms have got a bit of a challenge, now, if manufacturers are going to start sending items, and they are getting imported. They have an import tax to fight. It’s just another problem.”

But, in the main, he said deliveries and getting stock to fulfil current orders were still causing concern for bathroom retailers.

Hassell stated: “I’m booked in until Summertime but whether I can fulfil the orders because of low stock levels is another question.”

His Doncaster-based retail business More Than Baths increased its stock levels to try and avoid the price increase at the beginning of the year because of Brexit.

Hassell explained he was also trying to stick to British manufacturers of furniture, enclosures and baths, but said they are dependent on the availability of materials from overseas.

However, showroom members of The Independent Network have also joined together and bought containers from factories abroad: “The independents are working together to buy stock, then if we need something it’s in the UK. and then it’s just a matter of a pallet delivery or they can collect it, if they wish.”

Hassell believes independent bathroom and kitchen retailers should be allowed to open for one-to-one design consultations with customers.

And he has issued a plea for Government to announce a date of re-opening for ‘non-essential’ retail. 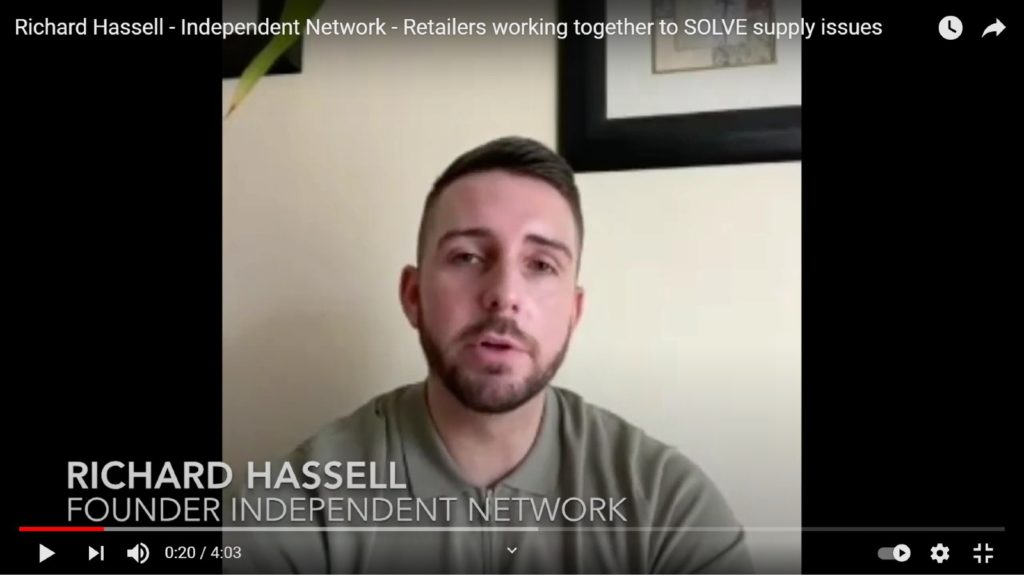 VIEWS: What are the changes to the Energy Label and rating system? Director of sales and marketing at… https://t.co/WVyaNSlCm4

NEWS: The Energy Label for household appliances has changed today and @AMDEA_UK is calling for Government to incent… https://t.co/N0UQN3Tk3n

NEWS: In our first virtual reader roundtable, we find out how kitchen and bathroom retailers are powering up for wh… https://t.co/iY596VH1rJ