Dominic Thiem will be brand ambassador for the next five years

Bathroom manufacturer Duravit has announced tennis star Dominic Thiem will be its brand ambassador for the next five years. 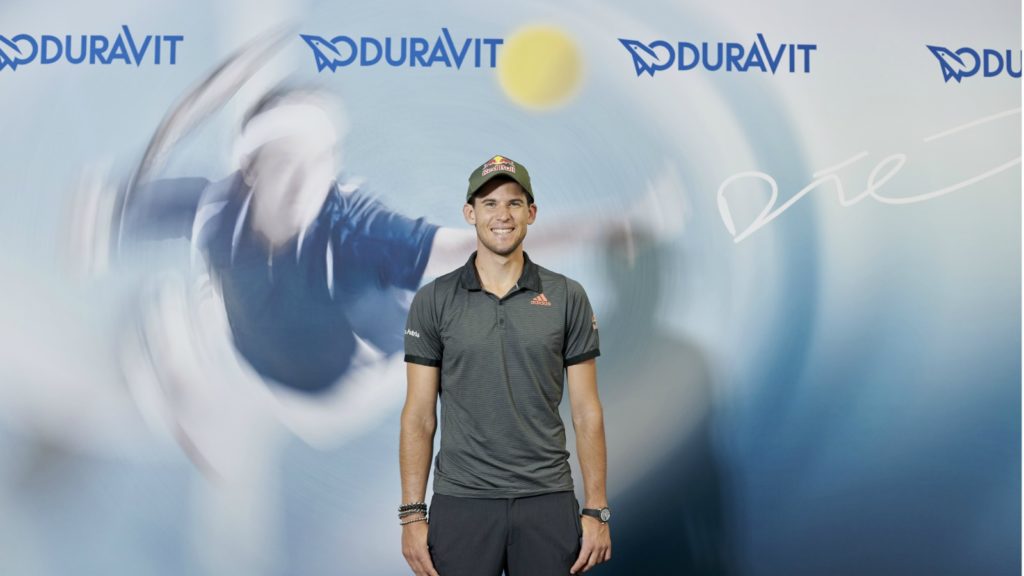 The Austrian sportsman is number three in the ATP World rankings and is the third player from the country to make it into the top 10.

Having enjoyed success on clay courts, Thiem is also the first Austrian to win an ATP title on grass.

Speaking about being announced brand ambassador Dominic Thiem said: “I am really excited about the partnership with Duravit. It’s a company with a rich tradition and fascinating portfolio.

“They set themselves high standards and really value precision. These are also the key pillars for success in tennis – and their commitment to sustainability is inspiring.

“This is going to be an exciting partnership for me!”

CEO of Duravit Stephan Tahy added: “Dominic Thiem is a really popular figure and a perfect fit with Duravit thanks to his commitment to sustainability and his high expectations for his own performance.

“We are really looking forward to working with him!”

It is the second tennis player Duravit has worked with, having sponsored Alexander Popp at the start of the 2000s.