€5million investment in two machines and creation of 27 jobs 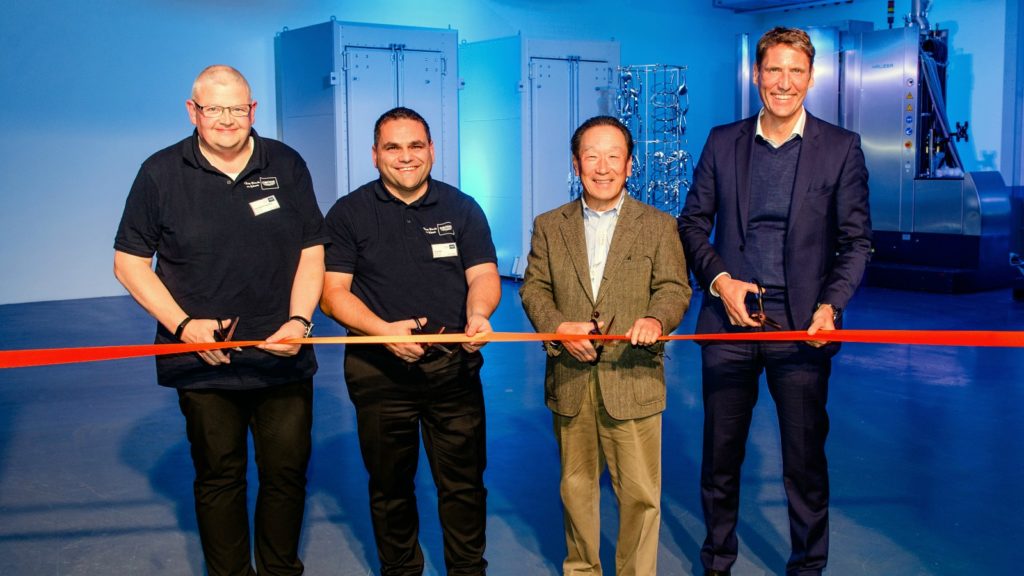 Two machines were unveiled in Lahr by top global executives of Lixil Group, in the presence of the site’s employees.

The new technology was first announced back in October 2019, along with the creation of 27 jobs.

Lahr supplies a vast proportion of Lixil’s global product portfolio for hand showers and shower systems with around 1300 product variants produced in the Black Forest.

The plant is equipped with technology which works with more than 100 automated processes and collaborative robots.

More than 600 employees attended the official inauguration ceremony for the new PVD machines, which followed a town hall event with Lixil Group CEO Kinya Seto and executives from Lixil Group and Lixil International.

Employees around the globe also attended the event via a live broadcast.

COO Fittings Lixil International and CEO Grohe Thomas Fuhr commented: “With the PVD coating technique we have a high-end technology in place that’s in line with a global consumer trend and also serves a growth segment: showers and shower systems in beautiful colours for customised designs in bathrooms.

“With this technology we are increasing the manufacturing scope of the plant in Lahr, which puts
us in a better position to bring coloured showers and shower systems to market faster.”