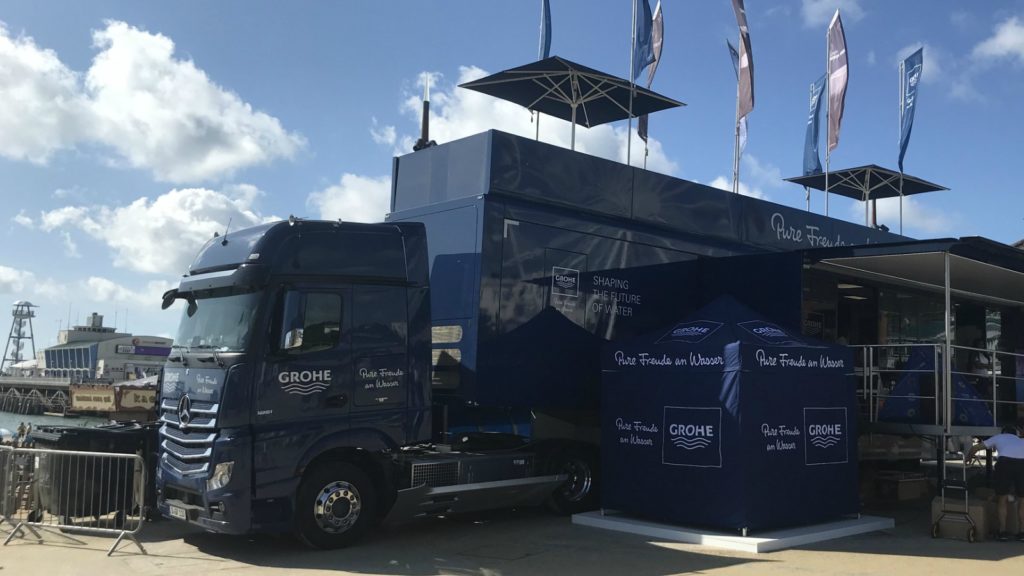 Parked next to the pier, the Grohe  Experience XXL Truck  showcased its products, with staff helping educate the public and handing out filtered water from its Grohe Blue Home taps

The truck was also the meet-up for a daily beach clean, which the company promoted on social media using the hashtag #plasticfreebournemouth, as well a hub of activity for childrens’ games.

He continued: “The truck has had a fantastic reaction, as it does wherever it goes.”

Penney said the company chose to appear at the 12th annual Bournemouth Air Festival as the event was expected to attract over one million people.

The Bournemouth Air Show forms part of a schedule of appearances for the Experience XXL Truck, at consumer and trade events.

These include at the Homebuilding & Renovating Show, UK Construction Week, Colchester Institute and National Self Build and Renovation Show.

Penney stated the company was setting up a training school at the Colchester Institute, using its products to train young plumbers.

The truck will return to the UK in March 2020 at the NEC for the National Building and Self-Renovating Show.

“Next year, we will run an appointment system, a little like talking to an Apple Guru, where you can book an appointment for 30mins and you can talk to a Grohe expert about our products.”