Grohe’s 3D metal printed tap, the Icon 3D, has been announced as winner of the Best Product Design at the Blueprint Awards 2019. 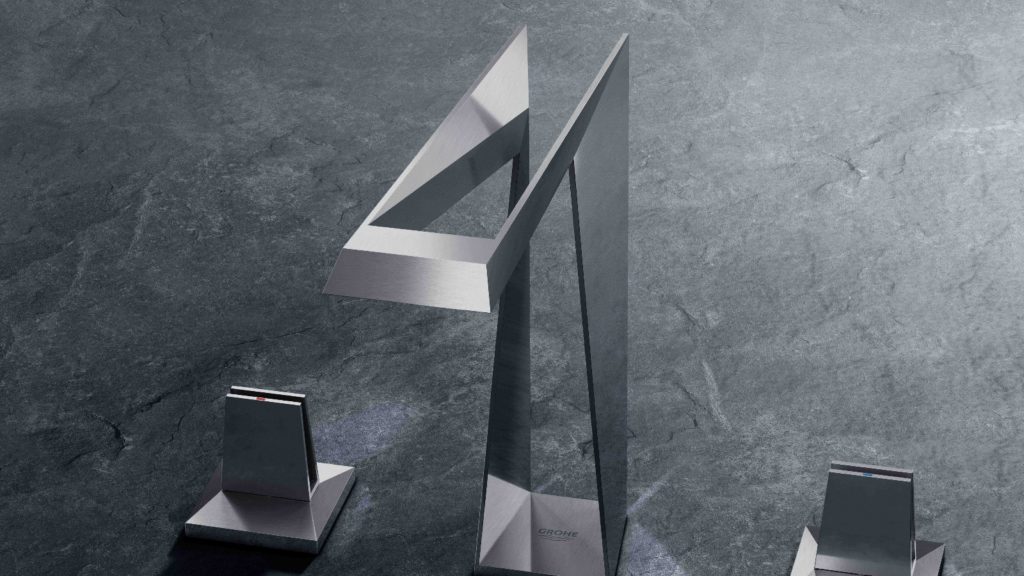 The Blueprint Awards are renowned for recognising innovation in design and architecture and the winners were announced at a ceremony held in Fabric, London.

Icon 3D metal-printed taps were launched at ISH, earlier this year, and according to Grohe it is the first European sanitary brand to manufacture taps in this way.

The taps feature ultra-thin structures and hollow interiors, refining the look to a bare minimum and reducing material resources by up to 50%, claims the bathroom manufacturer.

Produced by printing metal, using a powder bed laser melting process, the component material has been developed by Grohe’s R&D team and is reportedly unique to the company.

Each tap consists of more than 4,000 applied layers of powder, that are only a few micrometres thick, and each component is treated on a CNC milling machine, followed by manual grinding and fine brushing.

Marketing director for Grohe UK Raj Mistry commented: “To have been named the winner of such a prestigious award with 14 strong contenders, all trailblazers in their respective fields, is a special achievement.

“Our global design team continually strives to set the bar for what is achievable in product design and to be recognised by Blueprint in this category is a clear demonstration that we are leading the way.

“Grohe has made considerable R&D investment in 3D printing to really push the industry forwards. We are humbled to be recognised by such a respected editorial voice of the industry.”

Daval shortlisted in trio of Made in Yorkshire Awards