A team from Grohe UK visited London’s tourist attractions to perform feats of strength, skill and entertainment as part of a fundraising activity in support of LIXIL and UNICEF’s Make a Splash! partnership. 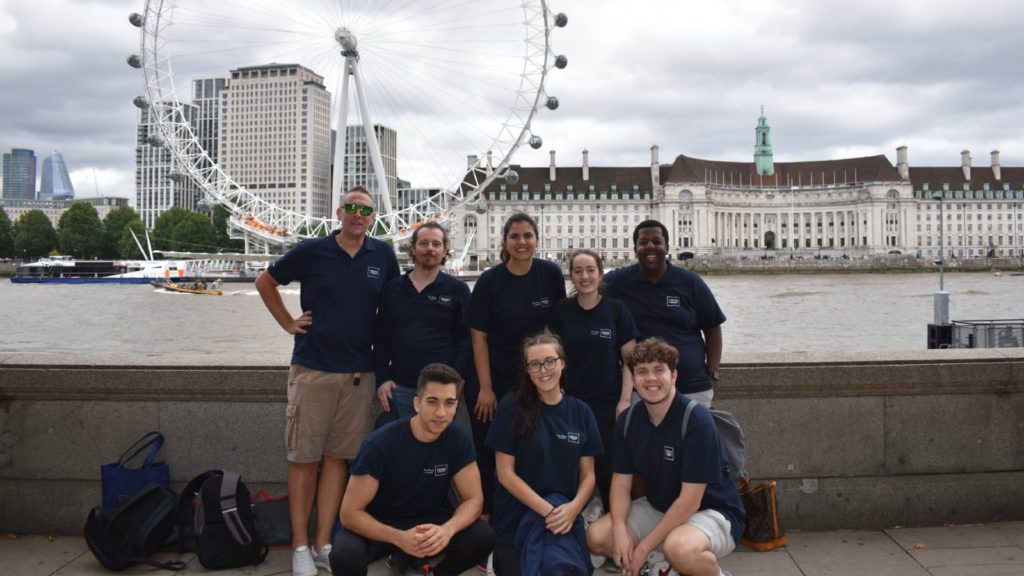 From timed plank challenges in front of Buckingham Palace to juggling and push ups in Hyde Park, the eight strong team, who were joined by passers-by, challenged each other to tasks.

Each completed task contributed to the total UK fundraising target of £45,000.

The Make a Splash! partnership strives to tackle the global sanitation and hygiene crisis faced by people who don’t have access to basic sanitation and handwashing facilities.

Social media followers were encouraged to download and colour in a themed colouring sheet template, with Grohe donating £10 to the cause for each completed submission.

Each completed colouring sheet was also put into a competition draw, with the chosen winner receiving £3000 worth of Grohe bathroom products.

Leader marketing activation UK LIXIL EMENA Ebru Bircan who is responsible for marketing the Grohe brand in the UK said: “We have had such a great response from our customers and the general public who have really got behind our campaign to support the Make a Splash! Partnership.

“From dozens of entries into our colouring competition driven on social media, to proceeds from customer shower purchases being donated to the cause, we at Grohe also wanted to do something personally to show our support and help close the gap to our total fundraising target.

“Our team fundraising day was a great, light-hearted way to get behind the cause. We also had some great encouragement and engagement from the local public, too, which helped us raise awareness around the global sanitation crisis and the immense efforts LIXIL and UNICEF are undertaking to help tackle this.”