Through the line marketing campaign to promote premium cooling and laundry

Domestic appliance manufacturer Haier is set to launch a through the line marketing campaign in the UK to raise awareness of its world number one brand position and promote premium cooling and laundry. 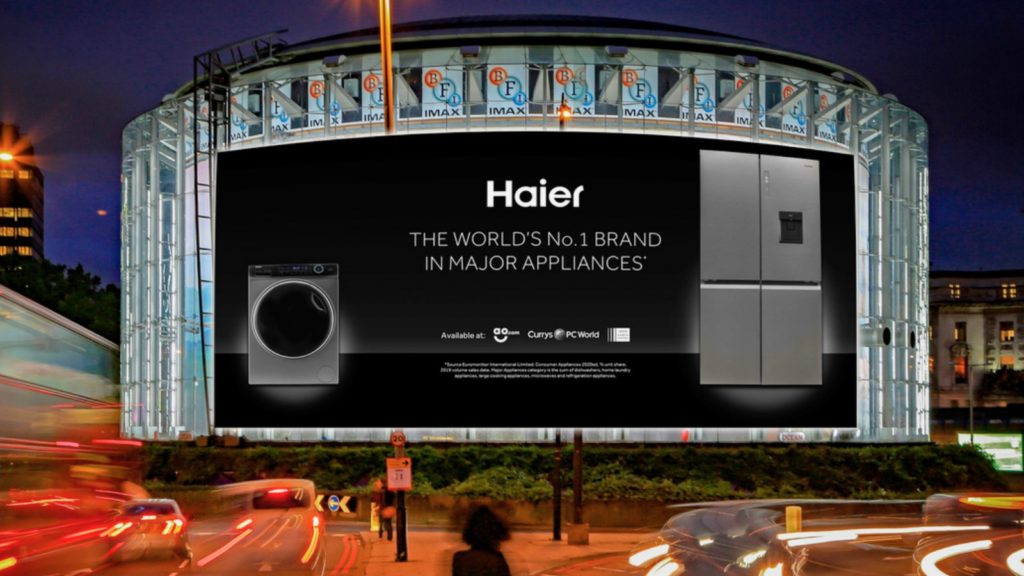 Developed by marketing agency Agent42, the campaign will launch in mid-August and will feature on billboards and digital screens.

As part of the advertising campaign, Haier will feature on the IMAX cinema in Waterloo, which is reportedly the biggest screen in Britain.

In addition, it will feature on Channel 4 Video on Demand targeting the “real world lifestyle audience” with a reach of 1.4million.

The campaign will also include digital marketing across social channels including influencers, built around giving back to local communities titled Haieractsofkindness, and will be supported by PR in lifestyle and tech media.

Director of brand and communications at Haier, Antony Peart said: “This through the line marketing campaign is a clear strategic commitment to our retail partners as we seek to develop the positioning of the Haier brand in the UK.

“We have a fantastic story to tell our UK consumers. We are aiming to reach as many people as possible through as many touch points as possible.”

Most desirable bathroom tech according to Google

NEWS: @idealbathrooms celebrates its 40th anniversary, this year, and announces its reward programme for 2021.… https://t.co/2NgB8obpUL

BUSINESS: How to maximise the use of social media to promote your business by @AmeliaRoseMedia https://t.co/Ko6d0zoNYi #Retail #socialmedia

NEWS: @GeberitGroup reports sales growth in 2020, with "significant" drop in Q2 offset in the second half of the ye… https://t.co/0DWRBbCdNS