Halcyon Interiors: We are spending more time talking to customers

Showroom and design manager of Halcyon Interiors in London, Graham Robinson stated the lockdowns have enabled him to get to know customers better

Showroom and design manager of retailer Halcyon Interiors, in London, Graham Robinson said the  COVID lockdowns have allowed him to have lengthier consultations with clients about their kitchen design.

Speaking as part of Kitchens & Bathrooms News video interviews #KBNone2One on kitchen trends, Robinson said: “We are spending more time talking to customers about what they want, and you are getting to know your customers even better than you were before. You get to know what makes them tick.”

Although he misses designing and selling in the showroom environment, Robinson says consumers are willing to be flexible about consultations and he has even mailed samples to customers’ homes.

“We’ve sent things in the post to people, which in some ways is like going back in time. But it’s actually quite nice to get something in the post.”

He pointed out the lockdowns have not only influenced design consultations but kitchen architecture, with a continued move towards broken plan scheme.

Robinson explained: “The idea of a massive open-plan space with everyone together has worn thin over lockdown and people do want to retreat behind a door or into another room.”

He also pointed to the growth of hidden offices as people will continue to work from home and utility rooms to share some of the roles of the kitchen.

However, he says one of the greatest impacts the lockdowns have had on kitchen design is a renewed interest in cooking and appliances, including extra fridges and freezers, hot taps and wine coolers.

Considering how COVID was directly impacting his company’s sales and designs, Robinson said it has also opened a market for refurbishment.

“We’ve also had a lot of people who have bought a kitchen in the past and now want to upgrade an appliance, change an appliance or maybe tweak something they’ve damaged over the years.

“It’s making people get things done that they hadn’t finished before.”

Read more about the trends for kitchens in 2021. 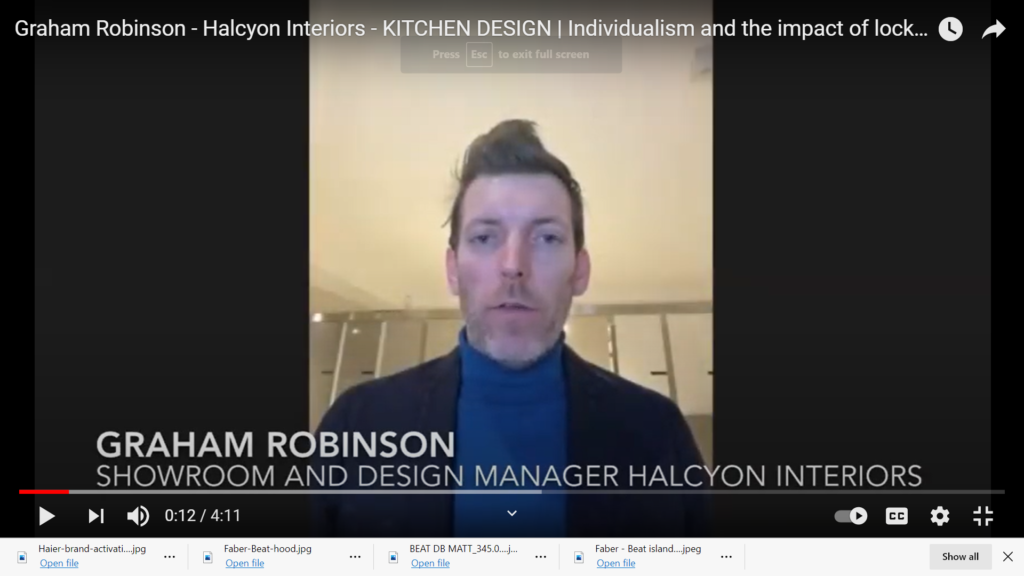