A bathroom has been chosen by visitors to the home renovation and design platform Houzz as the renovation project of the Cluedo Mansion, to celebrate the game’s 70th anniversary. 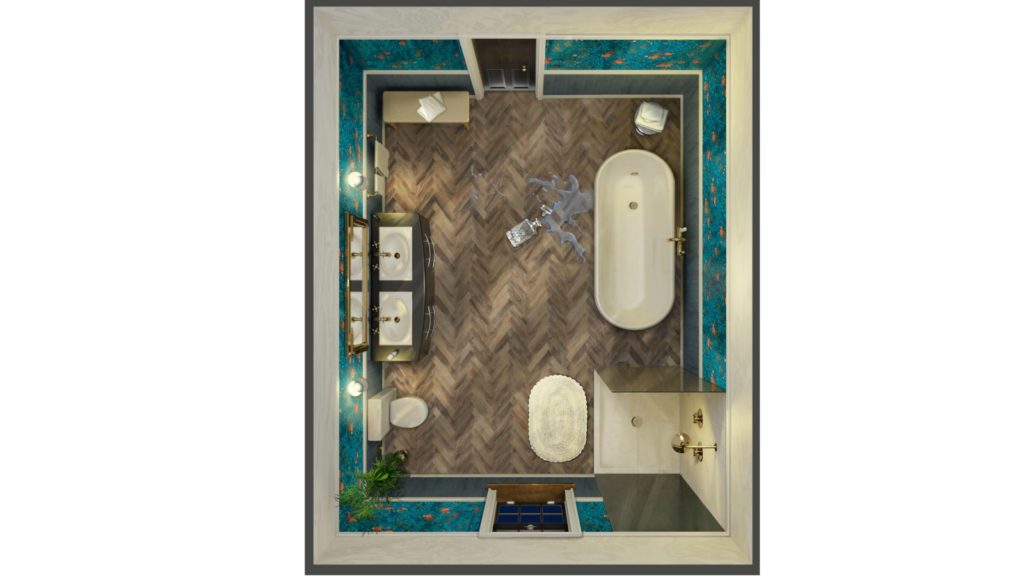 From Aug 26th to Sept 9th, people around the world weighed in to vote for either a new guest room, drawing room, bathroom, or an updated version of the hall.

Voting was live in all countries where Houzz has local platforms: the US, the UK, Australia, France, Germany, Russia, Japan, Italy, Spain, Denmark, Sweden, Ireland, Singapore, New Zealand and India

Voters choose a bathroom and it is the first time one has been included in the plans of the Tudor mansion.

It will replace the hall in the board game, with the redesigned version available for purchase in 2020.

Cludeo was launched in 1949 and was invested by Englishman Anthony E Pratt during the war to pass the time during air raid drills.

Originally called Murder! It features six characters, six weapons and nine locations and the winner must correctly identify all three.

It is available in more than 30 countries worldwide and there are 324 different outcomes of murderer, location and weapon.