Distributor Ideal Bathrooms is celebrating its 40th anniversary in July, with an online treasure hunt and online virtual game

Distributor Ideal Bathrooms is celebrating its 40th anniversary in July, with an online treasure hunt and online virtual game, which are both live until the end of the month. 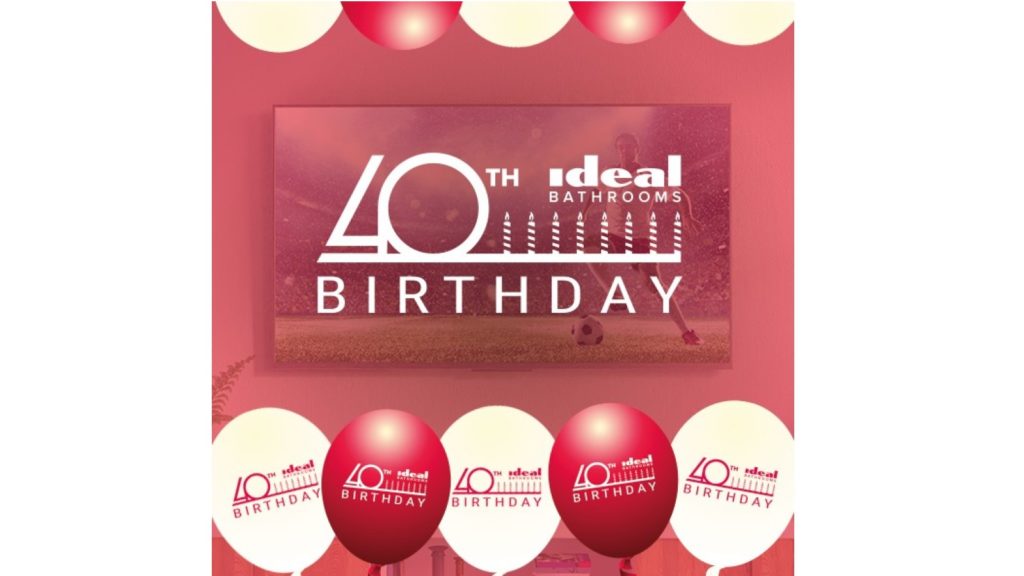 “Following the launch of our successful annual Ideal Rewards programme, earlier this year, offering customers the chance to win prizes each time they spend £1,400 with us, we are doubling up the boards customers receive in the two-week promotional period for our anniversary for the chance to win more prizes.”

“Retailers who find five Ruby balloons will be entered into the prize draw to win a 55” TV, and those who find 10 standard birthday images will have the chance to win prosecco or Amazon vouchers.”

Earlier this year, Ideal Bathrooms also announced its partnership with Virtual Worlds and launched an online game, offering retailers and merchants a chance to win a prize if they are one of the top three on the leaderboard.

Lillis added: “Our themed Virtual Worlds game is a great way for our customers to practise their hand-eye co-ordination.

“Players can practise their aim by sling-shotting as many balls as they can into various items in an Essential bathroom – it’s not as easy as it looks but it’s very addictive!”

Additionally, as part of the 40th anniversary celebrations, Ideal is offering a 40% subsidy to those who sign up to Virtual Worlds’ offering.

Furthermore, as sponsor of the Ideal Rewards, Virtual Worlds is also offering one retailer a 4D theatre prize worth £18,000.