Kitchen and bathroom installers are unclear about who is responsible for safely disposing of environmentally harmful appliances and struggle with costs of taking goods to approved recycling sites. 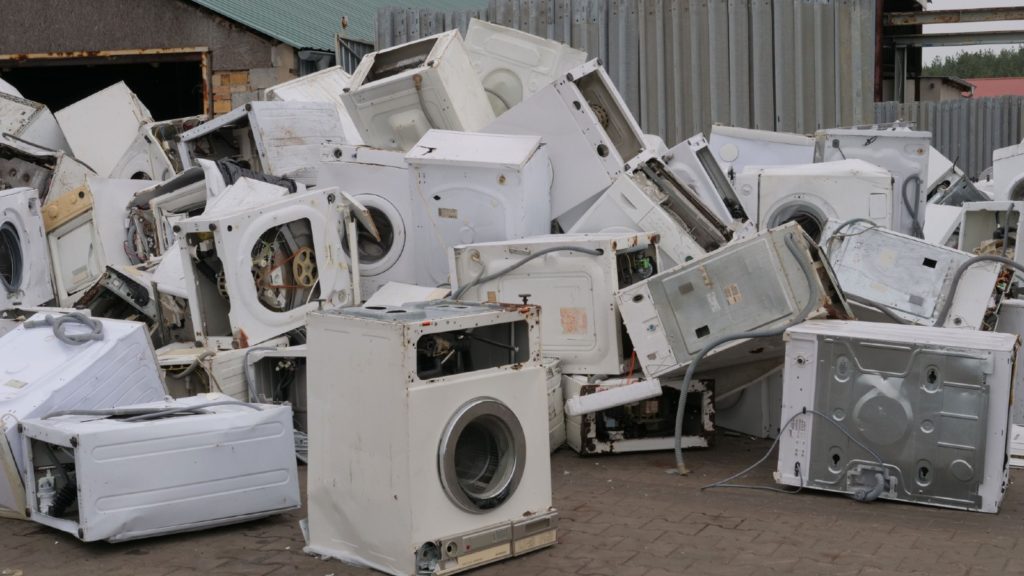 According to a recent survey by the British Institute of Kitchen, Bedroom and Bathroom Installation, a third of installers (34%) mistakenly believe consumers have responsibility of disposing of old appliances.

This is despite Waste Electrical and Electronic (WEEE) regulations placing responsibility with retailers and producers ( a term that includes manufacturers, sellers and distributors).

In addition, the majority of installers said they were unable to meet additional costs of transporting old appliances for recycling, instead leaving them for collection by local authorities or scrap collectors.

According to the survey of over 1000 kitchen, bedroom and bathroom installers, 53% of installers believe it to be appropriate to leave appliances for local authorities to pick  up.

In addition, a small number thought it was appropriate to use a skip (15%) or leave appliances on the roadside for scrap metal collectors (10%) .

In addition, the survey found although the majority of installers (72%) are aware of Government approved sites to dispose of old fridges, less than a third (32%) use them on all occasions, with 66% citing costs as the reason for not doing so.

The BiKBBI says efforts to reach the UK’s target of net zero carbon emission are being hampered by thousands of used household appliances like fridges and washing machines being disposed of in unsustainable ways.

Chief Executive of BiKBBI Damian Walters said: “Our industry has a huge part to play in the UK’s drive towards sustainability, but installers clearly need more support.

“As the results of our survey show, there is a real lack of clarity about whose responsibility it is to safely dispose of old appliances.

“It’s little wonder that so few installers are willing to take on the costs of getting appliances to Government approved recycling sites when they are not sure whether it is their responsibility.”

With changes to Waste Electrical and Electronic (WEEE) regulations expected over the coming months, the survey also revealed installers’ concerns the realities of their businesses will not be taken into account by the Government.

It found the majority of installers (78%) said Government does not show understanding of their type of business when setting environmental rules and regulations.

Damian Walters added: “Like all of us, installers want to do their bit for the environment but as very small businesses – often sole traders – they cannot afford to take on lots of additional regulation, responsibilities or costs.

“The Government needs to make sure that their needs are taken into account and that every effort is made to provide them with the right information if and when any changes are made.”