UK trade show for the kitchen, bedroom and bathroom industry Kbb Birmingham announced the winners of its Product Innovation and Stand Design Awards.

UK show for the kitchen, bedroom and bathroom industry Kbb Birmingham announced the winners of its Product Innovation and Stand Design Awards at the trade event, which took place at the NEC. 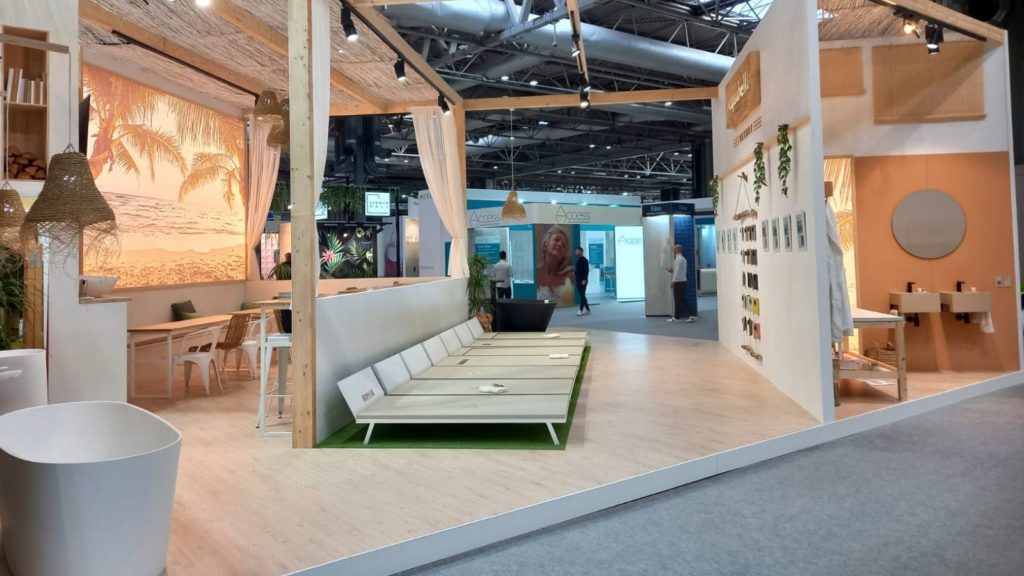 Acquabella was presented Best Bathroom Stand over 30sqm for its beach resort-themed space with shower trays used as sun loungers, a version of its booth from Cersaie in Milan.

Origins Living won Best Bathroom stand under 30sqm for its nature-inspired space, which showcased the company’s range of mirrors, storage and bathroom accessories.

Belgium extractor and hob specialist Novy was presented Best Kitchen Stand over 50sqm for its stand which featured a show kitchen.

Completing the Stand Design award winners was Showerwall, who won the Best Surfaces category for its vibrant zoned space, reflecting the latest trends from nature through to fun and funky creations.

Kbb Birmingham Innovation Awards, sponsored by Blum, saw 10 companies shortlisted as “the most forward-thinking and technically advanced products” in the KBB sector.

The Judges Choice and overall winner was awarded to Bora for its X BO Steam Oven which can be used for roasting, baking, steaming and has a steam extraction function and odour filter.

The Sustainability Award was presented to Furnipart for its 10 Ocean IX handles, made from recycled materials from the maritime industry such as fishing nets, ropes and trawls.

Voted by visitors to the show who cast their votes at the Innovation Zone, the People’s Choice Award was presented to the RorosHetta Sense Extraction Hood.

It featured integrated smart technology that focuses on indoor air quality and fire safety and received nearly half (46%) of all the 640 votes for the People’s Choice Award.

Speaking about the show, Kbb sales director Jon Johnston said: “It has been fantastic to be back at the NEC again and seeing so many familiar as well as new faces.

“There were hundreds of exhibitors across 26 different product categories who were busy meeting visitors throughout the four-day event.

“There was a steady stream of people attending the show all extremely interested in finding out more about our exhibitors, new products and the latest trends.

“The show has been a huge success and it was great to see the KBB industry thriving. We are looking forward to doing it all again in 2024.”

Kbb Birmingham will return to the NEC in Birmingham from March 3-6, 2024.