British manufacturer Kudos has introduced a second shower tray line, following a recent investment of £650,000 into the business.

British manufacturer Kudos has introduced a second shower tray line, following a recent investment of £650,000 into the business. 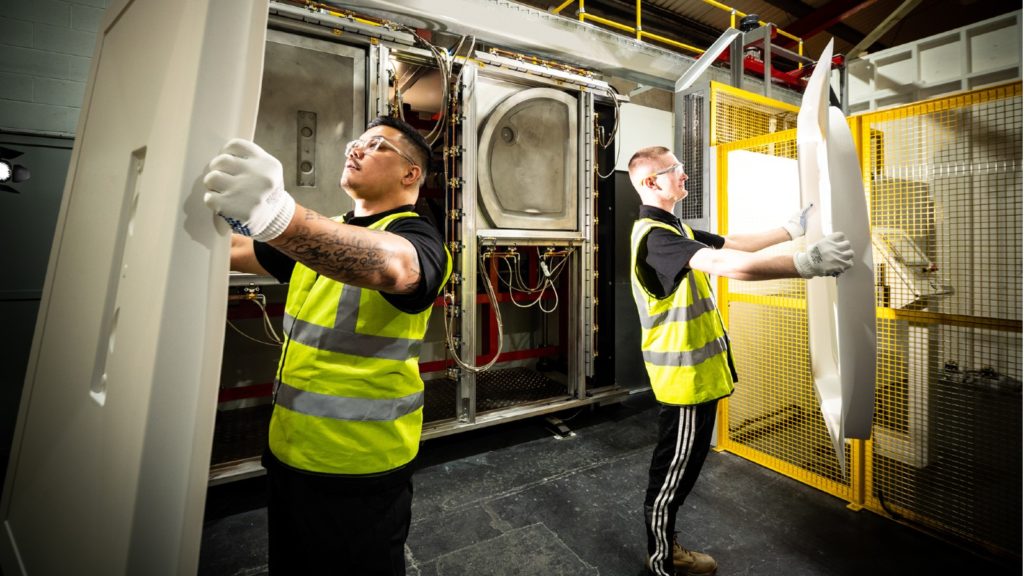 The move, not only placed the company’s finished goods in a more central UK location, it also released around 25,000 sq ft of space in its Cumbria plant, enabling the expansion of its manufacturing.

The extra capacity has seen the installation of a new shower tray production facility to supplement the existing tray manufacturing unit in Coleraine, Northern Ireland.

These trays, available in both the KStone and Connect2 designs, feature a surface material which with slip, scratch and stain resistant embedded in the product.