Following its debut at Milan Design Week, Dim Sum installation to be unveiled in UK

Laufen will present the Dim Sum installation at the Kartell flagship store in Knightsbridge during London Design Festival (LDF) from September 15 to 23.

The conceptual exercise on washbasin design was created by Ludovica + Roberto Palomba, who designed the Laufen by Kartell collection, and made its debut at Milan Design Week. 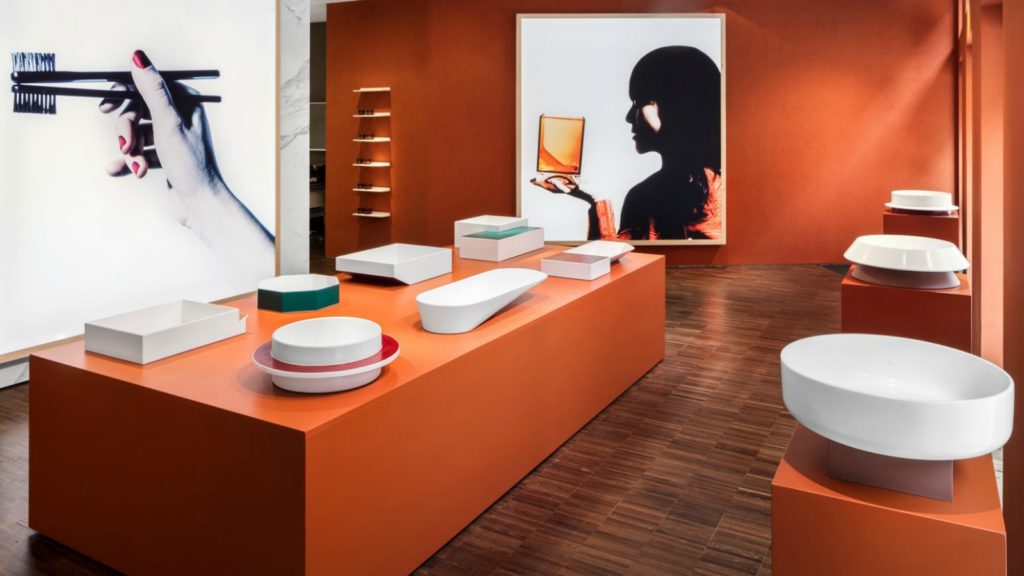 It features a central table featuring traditional and futuristic forms using Saphirkeramik, which enables the creation of fine line sanitaryware.

Starting with the colour of foods, Ludovica + Roberto Palomba have created forms that feature shades of red, green and brown to create contrasts.

The box-like installation features orange walls taken from the palette of Le Corbusier to represent the birth of the Kartell by Laufen project.

They form the backdrop for photographs which are an ironic take on the relationship between food and the bathroom, where toothbrushes are shown as chopsticks and soap dishes are sauces.

Kartell by Laufen recently extended its bathroom collection, from washbasins and brassware finishes, through to extending the colour of its plastic furnishings.

NEWS: @idealbathrooms celebrates its 40th anniversary, this year, and announces its reward programme for 2021.… https://t.co/2NgB8obpUL

BUSINESS: How to maximise the use of social media to promote your business by @AmeliaRoseMedia https://t.co/Ko6d0zoNYi #Retail #socialmedia

NEWS: @GeberitGroup reports sales growth in 2020, with "significant" drop in Q2 offset in the second half of the ye… https://t.co/0DWRBbCdNS