As part of an international initiative, quartz surfacing supplier Cosentino is introducing a series of online design talks, discussions and interviews featuring leading names in architecture and design. 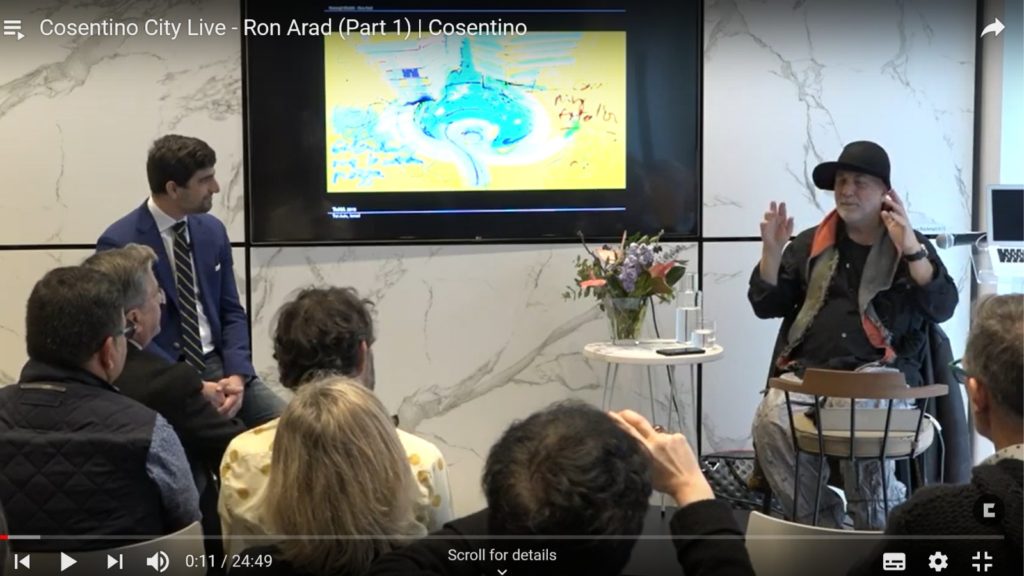 The panel will talk about emotionally designing spaces and objects, while sharing their personal experiences and knowledge of design.

To join in, you will need to complete a short online questionnaire and then you will receive a link to Cosentino’s private YouTube channel.

The talks have been uploaded daily from March 31 and will reside permanently on the YouTube channel.

The Ron Arad talk was live on March 31, Maira Villalon on April 1, Benjamin Hubert on April 2 and Patternity on April 3.

These will be followed by Alfredo Halberli on April 6 and Nika Zupane on April 7.

Cosentino City Live! talks have been named after the company’s global network of showrooms, spanning 12 locations.

With all the Cosentino Cities temporarily closed due to the COVID-19 pandemic, the company has decided ot use its virtual platforms and social channels to offer content for those involved in design and architecture.