Essex-based Martin Warnes wins the title and a £15,000 prize pot

Martin Warnes, from Essex, has been crowned the 2019 UK Plumber of the Year, in the nationwide competition run by JT, Bristan and Wolseley UK. 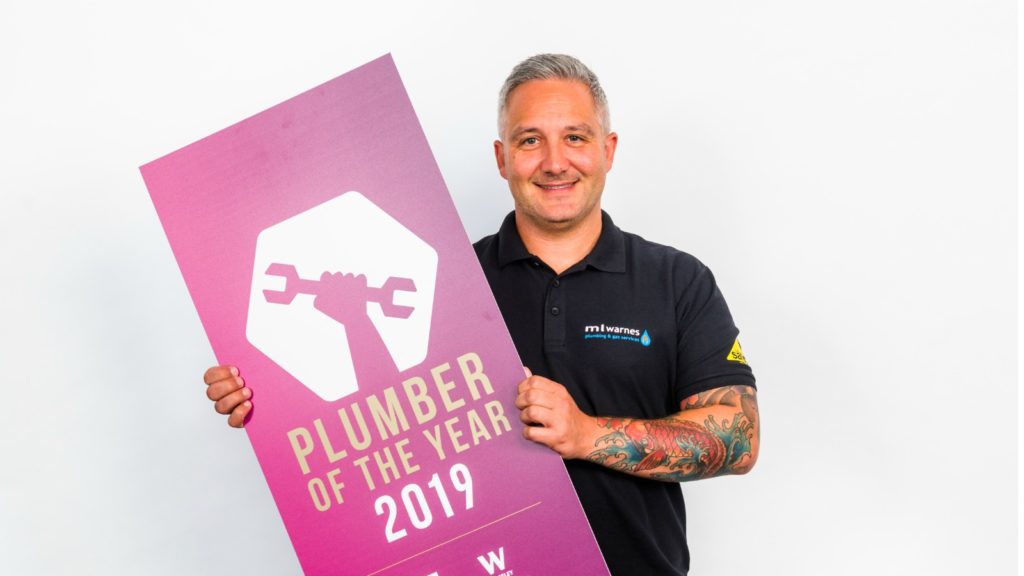 The 2019 competition saw over 400 plumbers enter from across the country, with Warnes taking not only the crown but also a prize pot worth £15,000.

A judging panel made up of experts from JT, Bristan, Wolseley UK as well as official judging partner, Watersafe, shortlisted 10 plumbers across the UK based on skills, qualifications and experience.

The top 10 then went head-to-head to win public votes, where the five individuals with the highest number of votes went through to the final stage.

In the final stage, which involved in a 30-minute interview with the judging panel at Bristan HQ in Tamworth, Warnes impresses the judging panel with his qualifications and growth of his customer-centric business.

Warnes has been a plumber since 2007, starting out as a local apprentice to becoming self-employed in 2009 as the owner of M L Warnes Plumbing & Gas Services.

He has expanded his businesss, employing with four plumbers, two kitchen fitters, three office staff and a kitchen designer..

Now in its fifth year, the competition takes place over the course of six months and is designed to reward and recognise talents in the UK’s plumbing industry.

The other finalists in the competition were:

Speaking of his win, Warnes said: “I’m thrilled to have been crowned the UK Plumber of the Year 2019, I still can’t believe I’ve actually won!

“I absolutely love what I do and to be recognised for it by such a fantastic competition really is just the icing on the cake.”

Sales and marketing director at JT John Schofield, added: “Congratulations to Martin on his well-deserved win.

“The standard of the competition was higher than ever this year, so he should be really proud of himself as all of the finalists were extremely impressive.

“On behalf of JT, Bristan, Wolseley UK and Watersafe, I’d like to thank everyone that entered and say well done to all the finalists. We’re looking forward to seeing what the 2020 competition has to offer!”