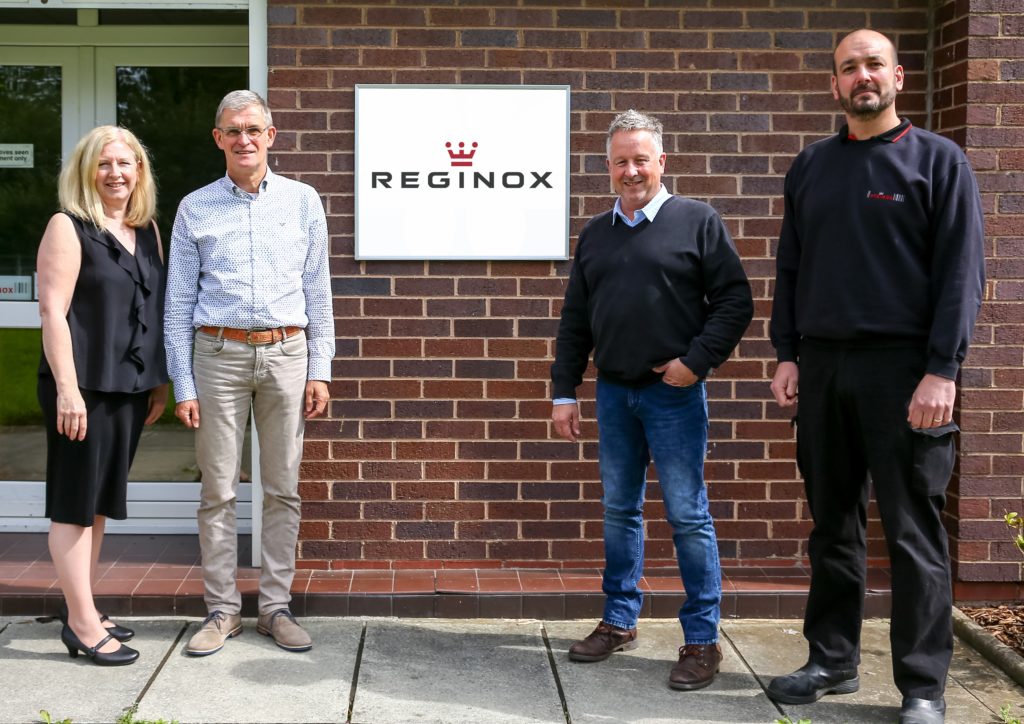 Headquartered in Holland, Reginox established the UK operation in 1999 and over this time it now offers a range that includes more than 150 sinks and 60 taps.

With a customer base that covers the retail, merchant, kitchen manufacturer, distribution and housebuilding sectors, Reginox UK  is set to achieve a turnover of £7 million this financial year.

Sales and marketing director of Reginox UK Dave Mayer commented: “We are immensely proud of the Reginox UK success story.

“Our founding office in the UK was tiny, manned by minimal staff and offered a range of just 30 stainless steel sinks and five taps.

“We grew rapidly and, by 2004, we had relocated to 17,000 square foot premises in Congleton, South Cheshire, and expanded our collection to 100 sinks, including steel, granite composite and ceramic designs.

“With a change of management structure, business growth began to accelerate rapidly and, with the introduction of additional taps and waste disposal units to our range, we were well on the way to becoming a genuine one-stop solution.”

He continued: “During the past 20 years the business has achieved consistent and steady growth due to strong commercial management, our parent company’s commitment to ongoing investment in advanced manufacturing techniques and a willingness to be flexible in meeting customers’ needs.

“Reginox has always achieved the right balance between practicality and design, and we constantly listen to our customers’ requirements.

“I believe that all these factors have ensured our continued success and have made Reginox UK the company it is today.”

The company is celebrating its anniversary through the introduction of an updated logo and by taking the UK team to Amsterdam, Holland, for two days in December.