Retailers must adapt to climate, says MD of The Kitchen Group

MD of The Kitchen Group Liam Hopper said kbb retailers must adapt to the business climate, including longer lead times

Managing director of retailer The Kitchen Group Liam Hopper said kbb retailers must adapt to the business climate, including longer lead times, as he spoke about the expansion of his business. 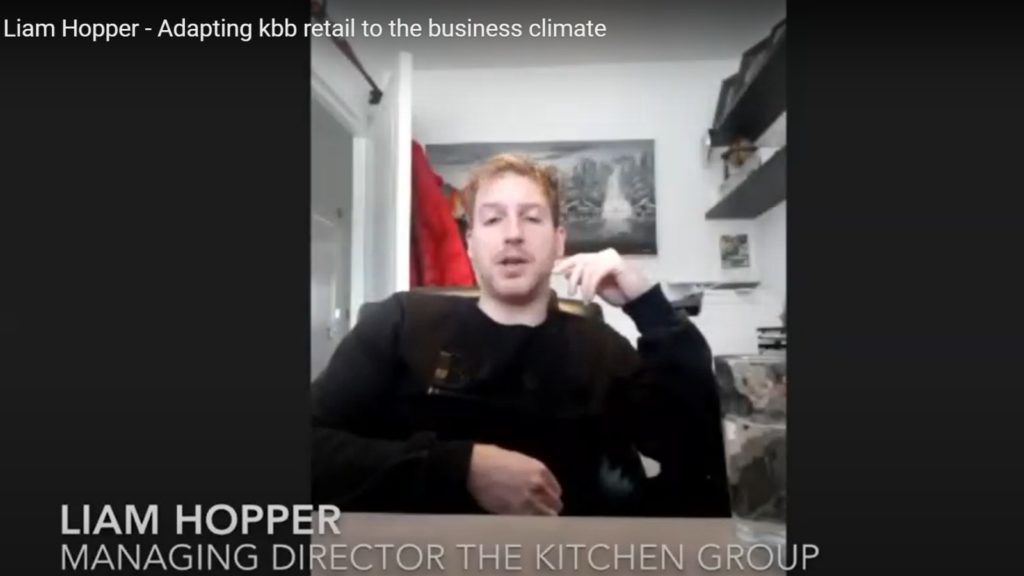 Commenting on trading in the current climate, in Kitchens & Bathrooms News’ video interview series #KBNOne2One, he said retailers need to “sell, sell, sell” in the “bull run”, which he believes will last until August 2021.

Liam Hopper stated there had been changes to business, during the COVID pandemic, including longer lead times: “Once upon a time we would have a six week wait for kitchens. That’s gone now. We can get the furniture in 6-8 weeks but we can’t get the appliances. We’ve got to adapt to that situation – so we are on a 12 week lead time.”

He continued: “If you are a retailer always working six weeks ahead you should have a pipeline of orders but if you’ve got to go from six weeks to 12 weeks, you’re going to have a lull period and you’ve got to be able to finance that lull period out.”

Hopper stated he “pumped” contract sales to finance his lull period and conceded: “It is hard for retailers, especially the retailer who has just one showroom and one or two employees. But you just adapt. Twelve weeks lead time is the new normal, like face masks is the new normal.”

The company also has a stake in Lakeland Kitchens in Cumbria and is planning to expand the brand, opening a showroom in the Midlands.

Most recently, at the beginning of lockdown, the company acquired a showroom in Nottingham which will supply a mix of German furniture brands selling Leicht and Nolte Express.

The Nottingham showroom will trade under the brand German Kitchen Design Centre and will have “Graham Hopper” on the door, as a tribute to Liam Hopper’s father who ran Leicht UK for 40 years.

He says it opens the business to different markets with Leicht serving the top-end sector and Nolte Express serving a price point below that.

Hopper hopes, within the next 24 months, he will have 10 showrooms with four Leicht Design Centres, four German Kitchen Design Centres and two Lakeland Kitchen studios.

In addition, The Kitchen Group has also started to sell kitchens online, which Hopper says will change the industry and believes, over the next few years, more retailers will adopt e-commerce.

Stating he wanted his company to be bigger than Poggenpohl in the UK, Hopper said his goal was to be the UK’s largest independent Germany kitchen retailer in the country.

IFA 2022 exhibitors “back to pre-pandemic levels”