Bathroom manufacturer Roca Group has opened a new 145,000sq ft HQ in Bardon, Leicestershire, which has combined three locations into one. 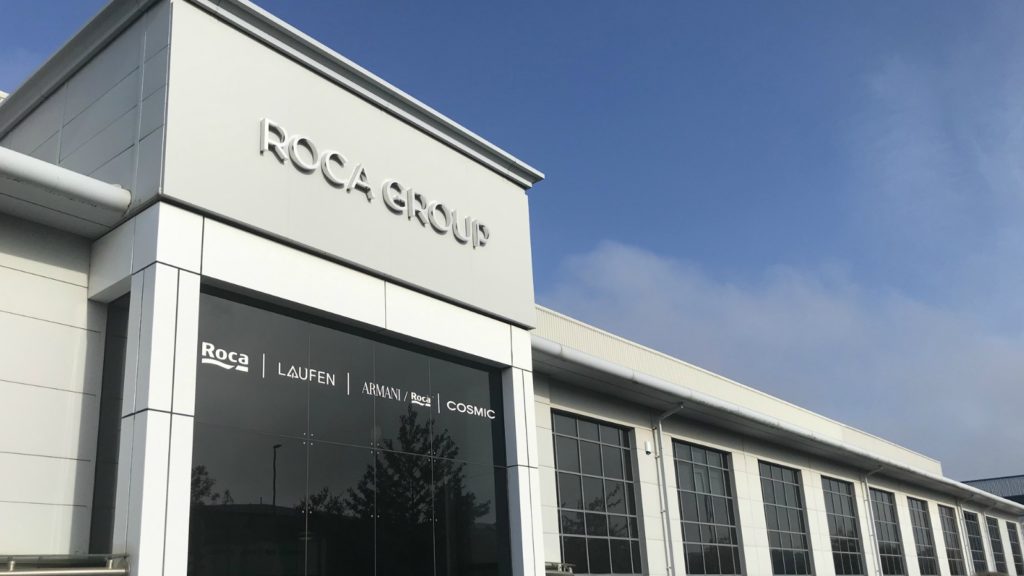 The building houses the operation of its former Roca HQ in Coalville, Laufen head office in Evesham, and an offsite warehouse.

Established in the UK in 1993, Roca was originally located three miles away in Coalville, and following a fire rebuilt and extended the premises, and then acquired additional warehouses.

However, managing director of Roca UK Alan Dodds : “For quite a few years, we have been at full capacity.”

The new premises includes a warehouse with 150% more pallet locations, offering up to 30-40% more room for expansion. In addition it also boasts offices and meeting spaces.

Speaking at the official opening Alan Dodds commented: “The plan was that it would give us 30-40% more room for expansion, then Brexit came along and we filled it with Brexit stock. But, hopefully, once that is out of the way, we will have spare capacity to grow.”

He continued stating the investment into the new property “demonstrates the long-term thinking [of the group].”

Roca’s HQ also features individual showrooms for its four brands in the UK, Roca, Laufen, Armani by Roca and its Cosmic brand, which was launched into the UK last year.

According to the company, and measured against Bathroom Manufacturers Association statistics,  the group has taken market share every year for the past 20 years.

Alan Dodds said: “It’s amazing to think we’ve achieved the growth we have without a showroom in the UK. It’s a fantastic facility for us.”

He added: “There are massive opportunities for us to grow in brassware, sanitaryware, furniture and baths. We would expect and want to take market share for a long time into the future.”