Darren Taylor, owner of Winchester-based showroom Searle & Taylor, said his average kitchen orders are the highest in the company’s history.

Darren Taylor, owner of Winchester-based showroom Searle & Taylor, said his average kitchen order is the highest in the company’s history.

He said kitchen sales been boosted naturally by more expensive projects but also points to the pandemic driving business with a younger, affluent customer base.

He also pointed to consumers wanting more complex kitchen designs, such as islands with integrated hobs and ceiling or downdraft extraction, increasing the price of the project.

Taylor stated: “All of that will cost far more than in the olden days when we used to plan hobs against walls, and we used to have a built-under extractor in a canopy.”

Moreover a growth in home improvement sales, accelerated by the pandemic, has seen the small team become so busy it has had to focus on larger schemes.

“It’s not that we’re arrogant…we’re grateful for all business. But I guess we are focusing on bigger projects. So we’re doing less, for more. at the moment”, Taylor stated.

In fact, he recently reported with appliance and building materials supply shortages, due to demand, it meant a bottleneck of kitchen fits in the run-up to Christmas. 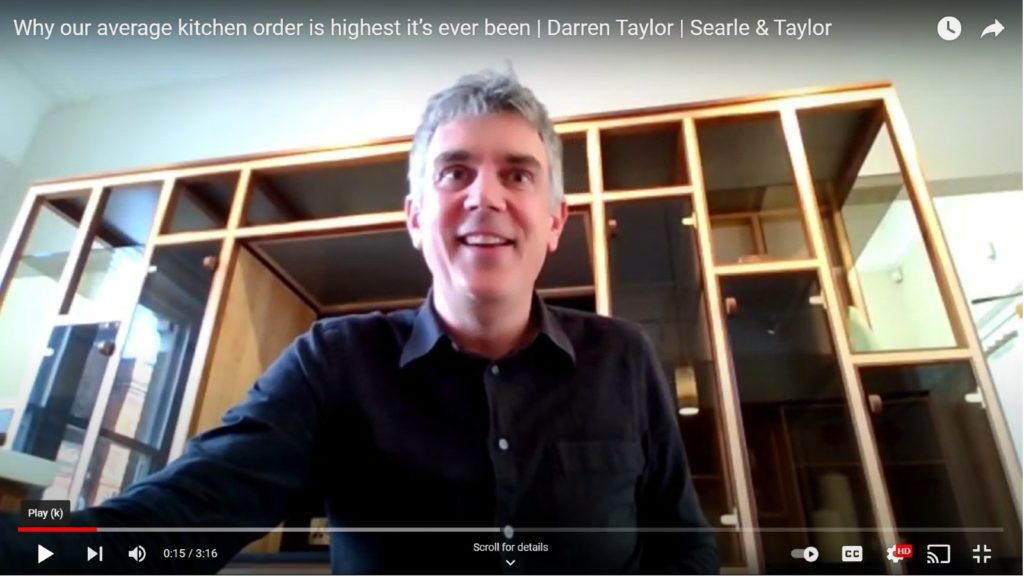 He also pointed out alongside his existing client base, Searle & Taylor is serving younger, more affluent consumers who, because of the pandemic, have chosen to relocate to a rural location.

He stated: “We are getting a lot of people who have sold up in London and are moving to Winchester because they are only an hour away, in case they ever do have to go back into the office again.

“That tends to be a younger crowd but we are still seeing the older client downsizing. I would say it’s a mix of that as well. But there’s probably more, new money, [from young clientele] coming through our doors at the moment.”