To mark 100 years since the end of World War One, appliance brand Smeg has paid tribute with a commemorative window display for Remembrance Day at its flagship store on Regent Street, which opened last year.

It features specially-made poppies placed in the window, surrounding a dedicatory FAB28 fridge, decorated with the Royal British Legion’s logo and campaign message. 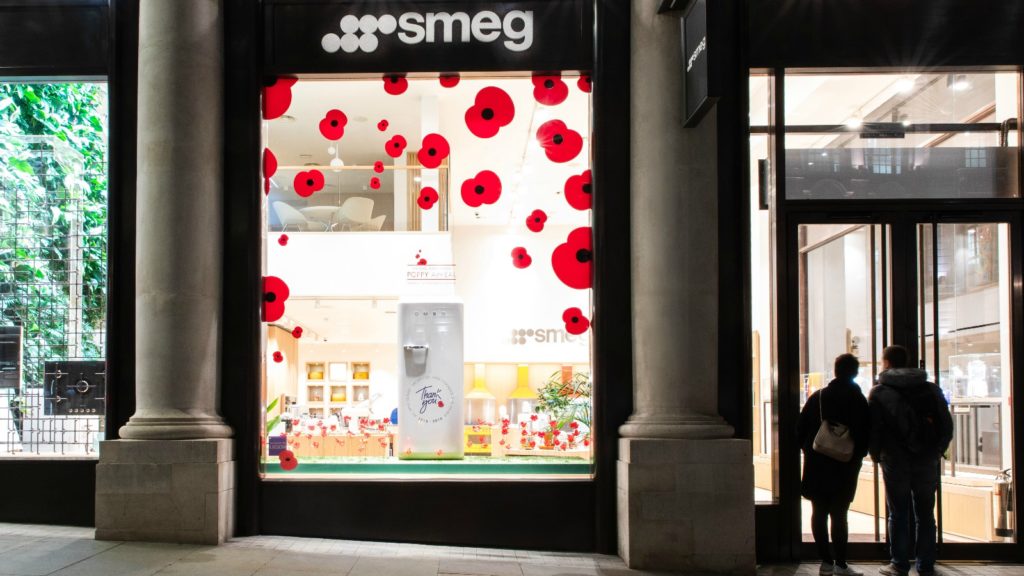 Smeg will also donate a percentage of its in-store sales to the Royal British Legion, who provide support for force veterans.

Head of marketing at Smeg John Davies said: “We are proud to officially be supporting The Royal British Legion this year and helping in their campaign to thank the hundreds of thousands of men, women, families and servicemen who dedicated and sacrificed their lives in the First World War.

“It’s incredibly important to look back, remember and pay our respects for the fallen.

“We hope we can continue to do our part to help raise further funds for The Royal British Legion campaign in the future.”