Smallbone and Mark Wilkinson, part of the SMWF Group, have presented three milestone career awards to staff who have notched up 90 years of service. 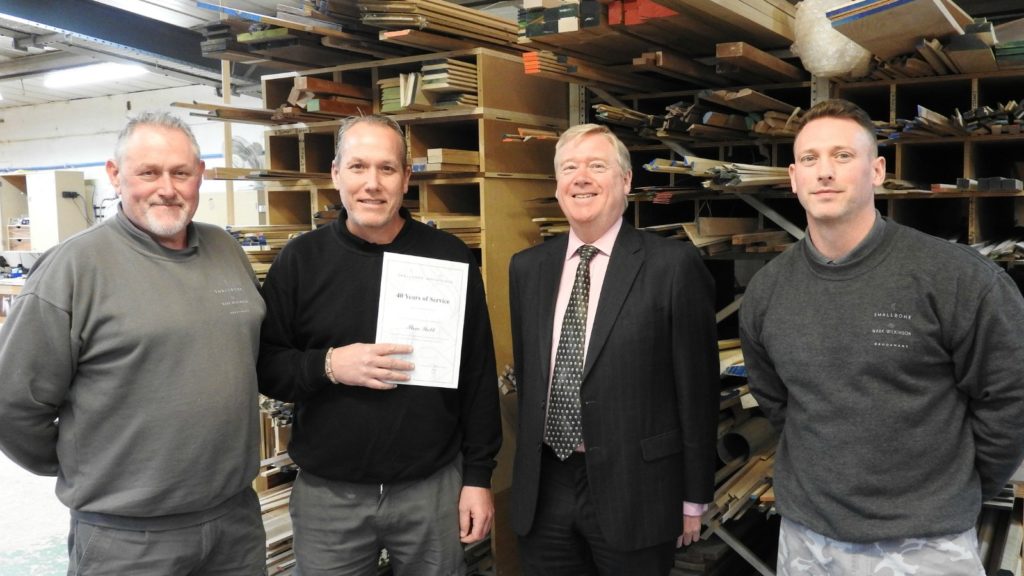 Andrew Potter and Kevin Paget celebrated 25 years service, while Steve Webb was recognised for 40 years with the company.

Potter started his career with Mark Wilkinson making drawers at its workshop in Bromham, Wiltshire.

He progressed on to the workshop at Devizes, where he developed expertise in the furniture making process – from raw materials to the finished carcase.

Paget started his career with Mark Wilkinson from school and  is a third generation craftsman with his father Dave and grandfather Geoff all having worked at Bromham at the same time.

Webb is also the third generation of craftsman having worked for Smalbone, as his son has been a fitter, and his father graced the cover of the company’s first brochure.

SMWF executive chairman Ian Gray said:”These exceptional members of staff have played a significant part in maintaining our performance, standards, quality and commitment to excellence over the years.

“Their hard work and loyalty has contributed to the unique craftsmanship heritage that is so important to both brands.”

Steve Webb was presented two crystal glass engraved with the company’s logo, a decanter and stand, as well as a voucher for a luxury weekend away.

Kohler splits with West One Bathrooms