Sales director of furniture manufacturer Symphony Group Alan Kinnes has raised over £14,000 for Habitat for Humanity by building homes in Malawi. 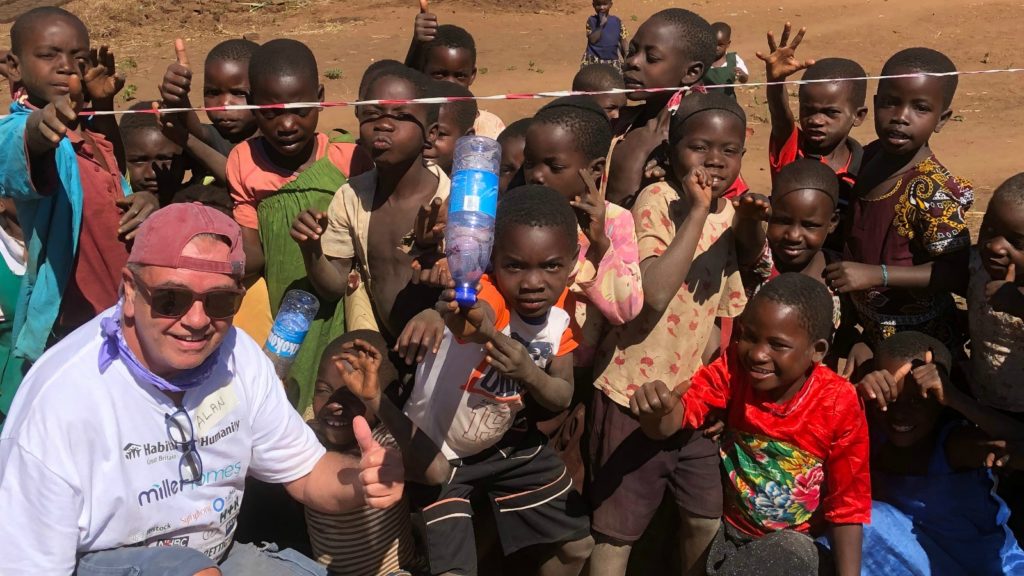 The initiative was led by customer Miller Homes, who invited Alan Kinnes to work alongside global housing charity Habitat for Humanity which resulted in three homes built in four days.

The partnership, reported to be the first of its kind for the housebuilding industry and Habitat for Humanity Great Britain saw Miller Homes organise a global village trip to build houses for orphans and vulnerable children.

In addition, over £50,000 was raised to support the charity’s WaSH (Water sanitation and hygiene) programme in Malawi.

The money raised for WaSH will provide funding to deploy a drilling rig to allow the programme to be implemented at Mazongoza Primary School.

Alan Kinnes said: “This was such an amazing experience for me, and I am so proud to have been asked to join the group. It was hard work but really rewarding.

“Spending time with the families in Malawi and understanding the impact of having a safe place to call home has on their lives was a humbling experience and one I will never forget.

“I decided to take part because I lost my wife and soul mate last year and I wanted to set myself a goal that she would be proud of and I think I have definitely made her proud.

“I’m blown away by the generosity of work colleagues and customers that have donated and would like to thank each and every one of them.

“I’d originally set myself a target of £5,00 but through the contributions from Symphony and being the chosen charity partnership at the Sirius annual conference has helped me nearly triple that, which will make such a huge difference to the families in Malawi.”