Buying group for plumbing specialists The IPG has been named Business of the Year 2018 (10 or more employees) by Arun District Council. 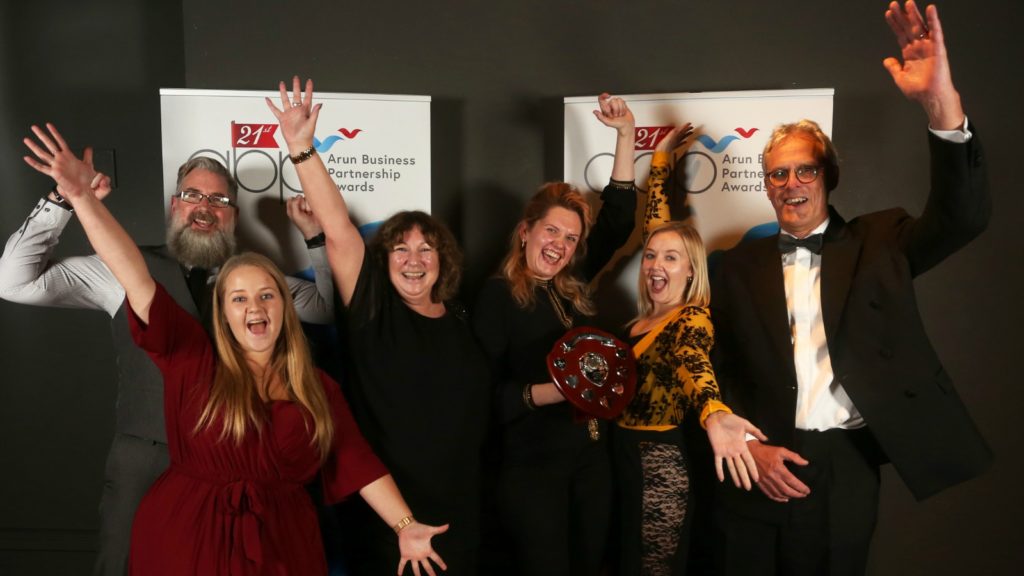 The Littlehampton-based firm scooped the honours at the 21st Arun Business Partnership Awards.

Recognised for its success, The IPG has experienced double-digit, year-on-year membership growth since June 2017.

Since its formation in 2013, the organisation has grown to over 200 member locations nationwide, which includes independent plumbing, heating and bathroom specialists.

The IPG was praised for giving back to local communities, most notably its recent partnership with Missing People, with members joining the battle to locate missing children.

In addition, it was recognised for  undertaking a study looking into the long-term physical effects plumbing can have on plumbers’ knees and imploring they use protective gear.

Judges said The IPG was “an excellent example of a local, home grown business and workforce who represent the Arun District so well on the national stage”.

Marketing manager Nike Lovell said: “We are delighted that the work The IPG has done for local, independent companies across the country has been recognised by this award.

“However, we believe we are only as strong as our members, so this award is as much for those independent merchants as it is for us and we hope they are as proud of this win as we are.”

Kbb showrooms in Wales could open in weeks

VIEWS: Director of sales and marketing for @RangemasterUK Iskender Diker offers his advice to kitchen retailers on… https://t.co/42RNFwcvKX

We have a date for KBB showrooms to reopen in England - April 12. Are you happy with the news? What does it mean fo… https://t.co/SUyKk9QPGP

Check out our feature on how cooker hoods have evolved into air purification systems https://t.co/toW2nWQR5B

NEWS: @Victorianplumb organic web traffic is worth £4.1million a month, according to research… https://t.co/Ga5AhRDI8l