On Thomas Crapper Day, the bathroom brand reveals survey findings into the use of the bathroom

Celebrating its founder on Thomas Crapper day, January 27, luxury bathroom brand Thomas Crapper has revealed nearly a quarter of Brit go to the loo to get some peace and quiet. 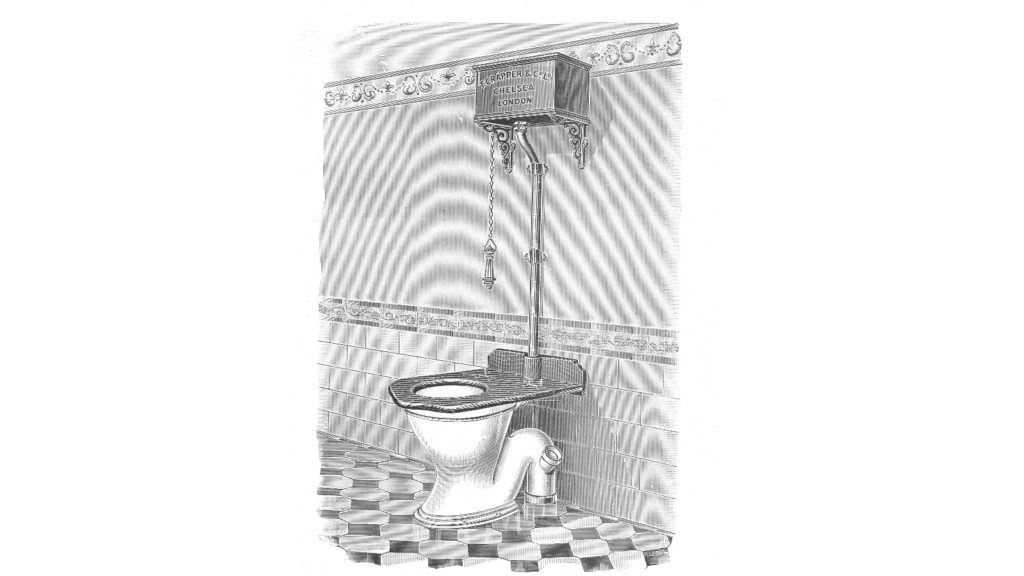 This figure rises to nearly half (45%) of Brits using the bathroom to hide away among 25-34 year olds.

According to research commissioned by the bathroom manufacturer one in five even confess to lying low in the loos at work to avoid colleagues.

And once in the bathroom, using the smartphone is the most popular way to while away time, with almost half using mobiles and a fifth using streaming services like Netflix when in the loo.

This figure dramatically increases among Millennials and Generation Z, with 80% reported to use their phones while on the loo and almost half watch videos and TV shows.

Managing director of Thomas Crapper Paul Dwyer explained: “The way we use our bathrooms and the prominence they are given in our lives today, 110 after he died, would seem puzzling to Thomas Crapper.

“He was driven by solving functional issues and improving sanitation in Victorian Britain, so this research’s findings that the humble loo is now elevated to a kind of sanctuary would be baffling.

“Life is so busy now and the survey results suggest that for a growing number of us, the look is the last place where we can lock out the world.

“A few minutes to ourselves each day, whether to collect our thoughts at work or have a breather from the stresses of family life, can be essential.

“The look has never been a more important space!”

The findings were taken from a UK-wide survey of 1,000 people.

Thomas Crapper Day marks the anniversary of the engineer’s death and was created by enthusiasts who wanted to recognise the impact Thomas Crapper had on sanitation and plumbing.

Contrary to popular belief, Thomas Crapper did not invent the flushing toilet but did invent various engineering solutions, some of which are still in use today.

Founded in 1861, the bathroom business was acquired by Hartford Holdings in 2016 and has reported year-on-year sales growth of 50% through retail.