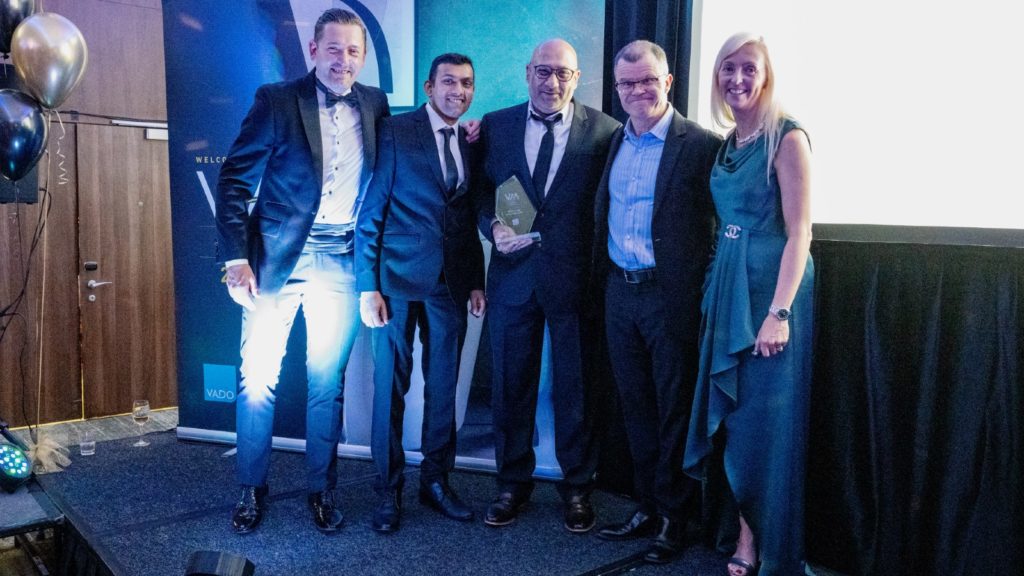 Around 90 people attended the event which was hosted by comedian Dominic Holland, as well as product and marketing director Angela Neve and sales director Lee Palmer (pictured above).

A total of 18 awards were handed out to Vado customers and partners, across its three business divisions: Retail, Specification and Export.

The winners were as follows:

The Vado Appreciation Awards also celebrated the launch of Omika Noir, a Polished Black version of the Omika collection designed by Jo Love.

Speaking about the awards, Angela Neve commented: ‘The Vado Appreciation Awards have been introduced to celebrate the many positive partnerships we have developed with our customers over the years, providing a platform to thank them for their continuous dedication and support towards Vado.

“This was our very first VAA event and it’s been a great success; we are now looking forward to how we can build on this success and come back bigger and better next year.”