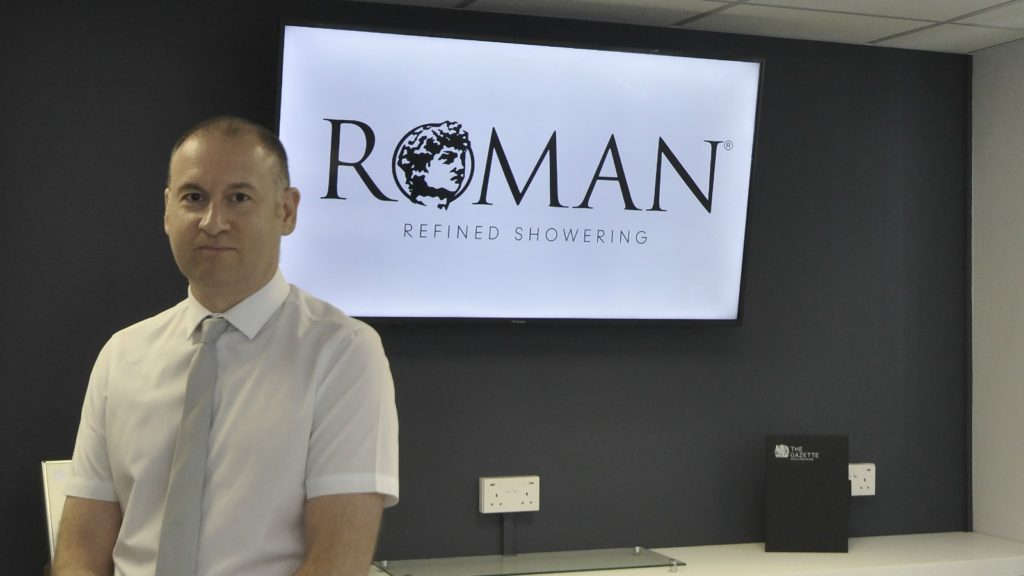 Speed joined Roman 20 years ago and has worked in various positions within the company prior to his new appointment.

His career started at Roman on February 1999 as the fabrication supervisor, where he looked after all the in-house fabrication.

He then went on to be a production engineer and then a facilities engineer in Roman’s main manufacturing plant for shower enclosures, wetroom panels and bath screens.

He started his career in the commercial department, in 2007, as product manager, later to become commercial manager and finally to take the role of commercial director.

Throughout Graham’s time at Roman, he has not only progressed through different roles but has also undertaken several qualifications in engineering, business and management.

Managing director of Roman David Osborne commented: “I am thrilled to announce Graham Speed’s new appointment as Commercial Director where he will continue to lead Roman’s commercial and R&D team and further develop our success within both the retail and project sectors.

“There is nothing more rewarding than seeing home grown talent flourish.”

Graham Speed, commercial director of Roman, commented: “I am excited to be taking on this new role in such a fast growing British company and look forward to developing the team further.

“There are lots of new and innovative products to be implemented in the next couple of years and I am thrilled to be leading this.”

Roman has recently joined the BiKBBI as a corporate sponsor.