Launched at LivingKitchen and already the winner of the German Design Council’s Iconic Award 2019, the BORA Pure induction hob and extractor is an entry point model for the company. 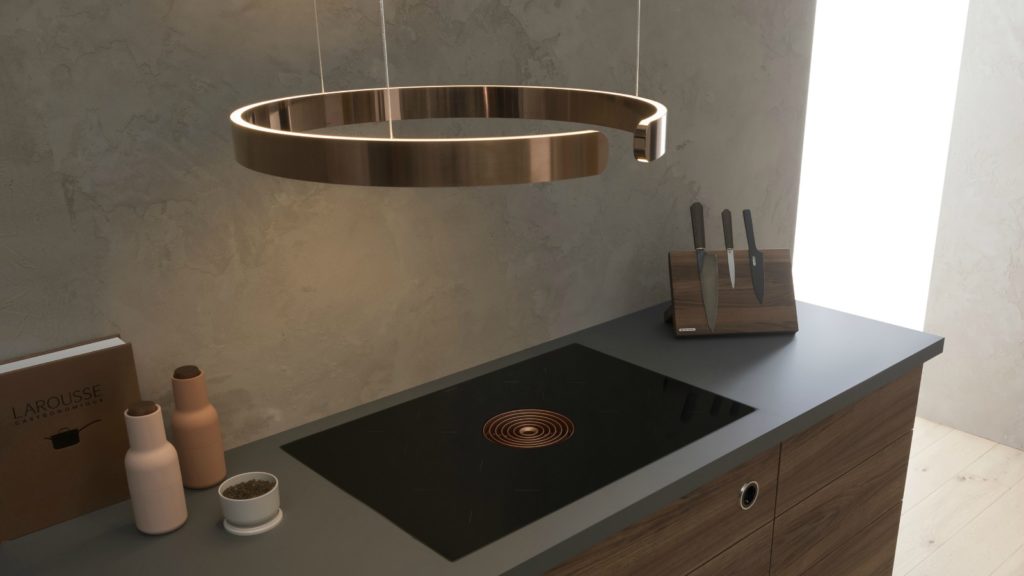 It features an air inlet nozzle which comes in a choice of six  colours, including All Black, Rose Gold, Orange, Red, Jane and Blue, and boasts automatic extraction which adjusts to the cooking process.

The Bora Pure induction hob features four cooking zones, which can cater for pots measuring up to 240mm, and is operated by a central touch control.

Featuring red illumination when on, the vertical slider control is designed to be virtually invisible when the hob is on standby, creating a “Black Vision” effect.

In addition, it has been created so the activated charcoal filter is easy to change by removal from the top and without having to remove drawers or plinths panels.

Headquarted in Raubling, Upper Bavaria and founded by Willi Bruckbauer Bora has manufactured downdraft extraction since 2007 as an alternative to cooker hoods.

It manufactures models for its Bora Pure, Bora Basic, Bora Classic and Bora Professional ranges and sells to 58 countries worldwide.

Recieving its first award in the innovation competition 365 Orte im Land de Ideen (365 Place in the Land of Ideas) in 2009, it has since won a catalogue of honours.

Most wanted from November issue