Spanish bathroom brand Acquabella has now introduced its Chrea range on to the UK market. 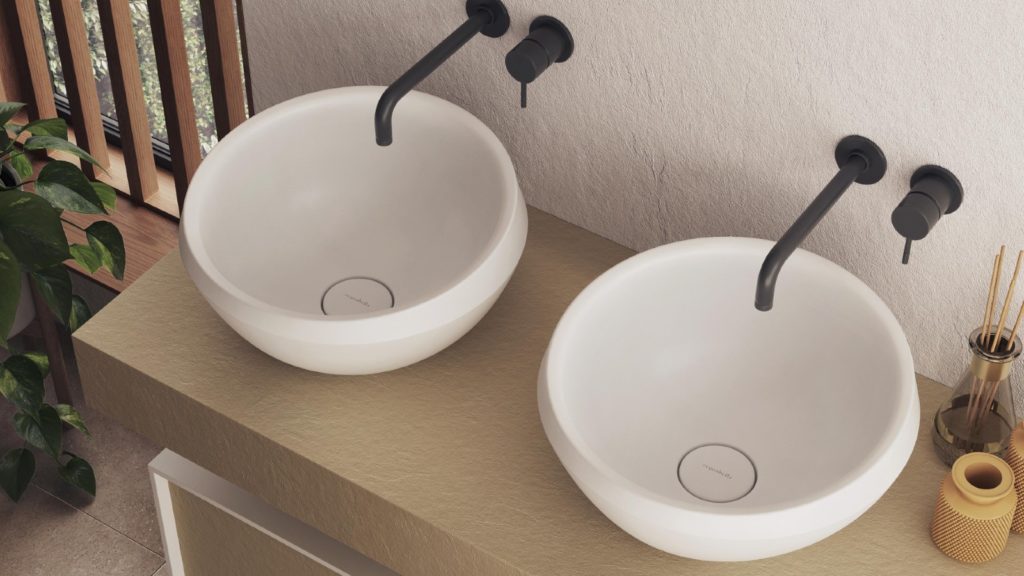 Chrea comprises a freestanding bathtub and basin, moulded to provide a sculptural and fluid look.

Made from Dolotek resin, the basins reportedly boast a super smooth, impact resistant and antibacterial surface.

The Chrea basin is shown with the One worktop CF Slate in the colour Crema, a wall panel in Slate texture and Show furniture.

Chrea was first shown at Kbb Birmingham, where Acquabella won an award for its Balinese resort-themed stand.