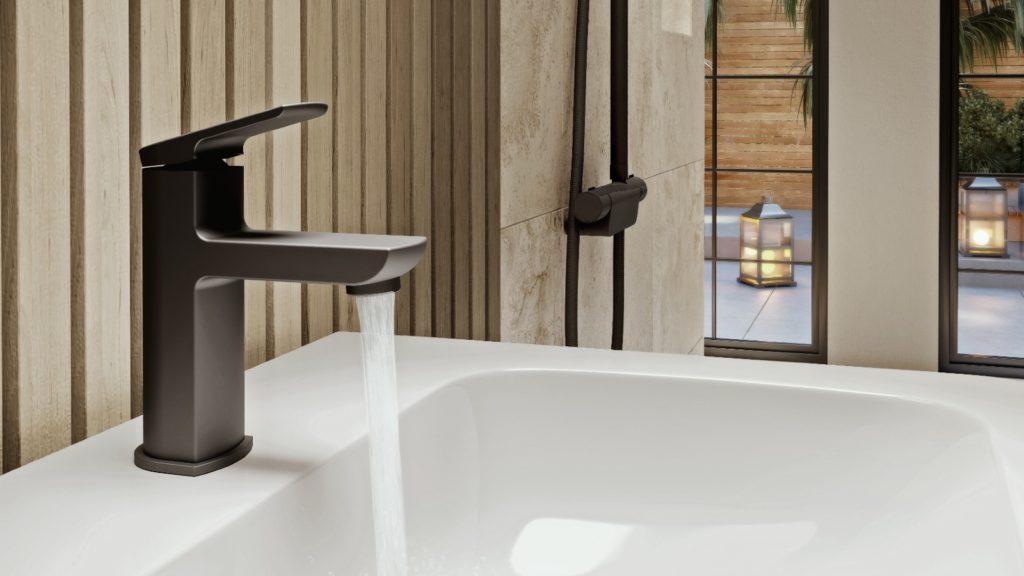 Each tap features an angular, soft square lever style with the matt black surface reportedly easy to clean and scratch-resistant and adds to the existing chrome finish.

In addition, the Downtown large pillar tap will also be available as a combination with the Aqualisa Midas 220 in Black mixer shower, with a choice of overhead shower column and adjustable head, adjustable shower only or bath shower mixer.

All models in the Aqualisa Downtown collection are WRAS (Water Regulations Advisory Scheme) approved, and each product carries a five-year manufacturer’s warranty after registration.