Following a trend for black bathroom products, Aqualisa has now introduced its Midas 220 shower in a black finish.

Following a trend for black bathroom products, Aqualisa has now introduced its Midas 220 shower in a black finish. 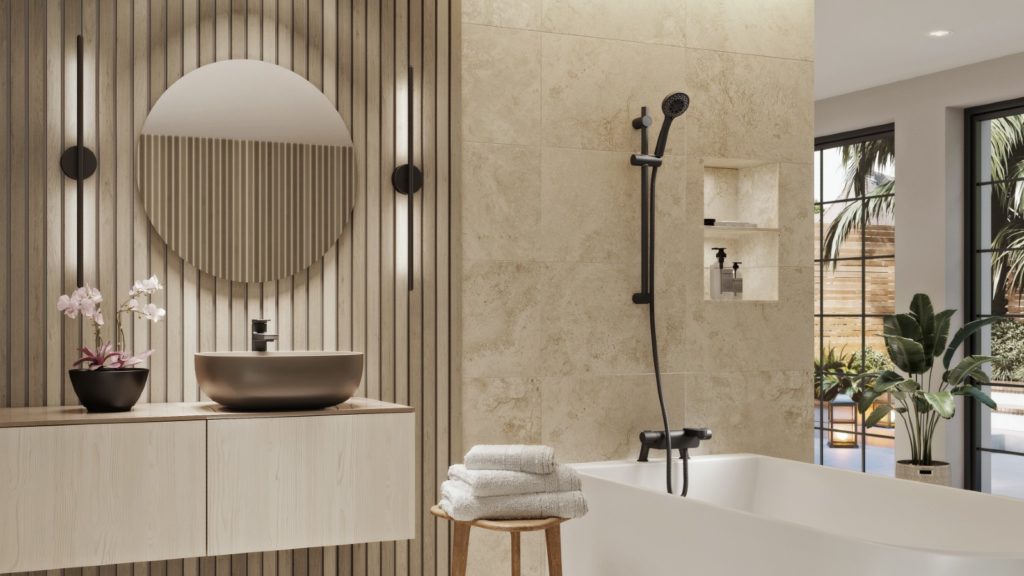 There are three options in the Midas 220 Black range, all of which boast a thermostatic brass body and brass handles and comply with the Water Regulations Advisory Scheme (WRAS).

The single outlet Midas 220 in Black has a shower valve with cool touch surface technology and a five spray mode handset that can be easily adjusted to numerous heights and angles.

It comes with an adjustable handset shower, as well as an overhead shower with a 245mm fixed deluge head.

This model also incorporates a telescopic rail for extra installation flexibility, making it suitable for a variety of showering spaces.

It is complemented by a 240mm five mode handset with rub-clean jets and an “easy fit” bracket is included with each product.

Aqualisa Midas 220 in Black range is backed by a five-year guarantee and follows on from the launch of the Quartz Smart Retrofit shower.