Whether bought as part of a total bathroom project or an individual refreshment, taps are strong sellers

Whether bought as part of a bathroom project or an individual refreshment, taps are a strong seller. So we take a look at the trends which will compel consumers to make a purchase 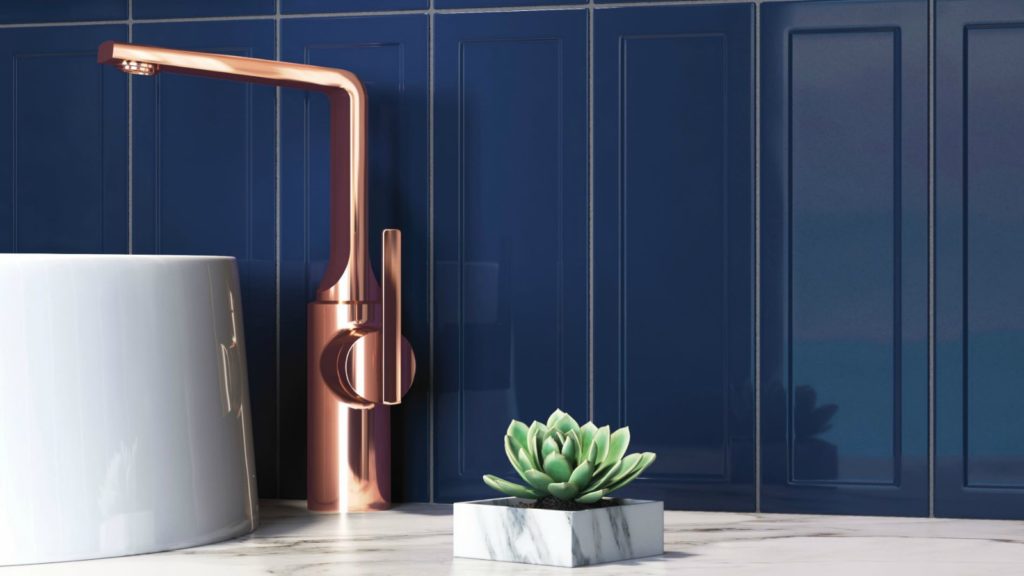 Part of the Serie Design range from VitrA is the Suit L basin mixer in a Copper finish, which also comes in Chrome and Gold

While the deck-mounted tap was once the go-to for bathroom design, now the floodgates have opened to a raft of fittings, such as wall-mounted and freestanding models.

Marketing manager of Abode Leanne Adamson explains: “This can be attributed to the much greater variety of washbasin styles, all of which need a suitable tap to match.”

And sales and marketing director at RAK Ceramics Ben Bryden agrees, adding: “The growing preference for wall-hung and countertop washbasins has led to a growing market for wall-mounted and floorstanding taps.” 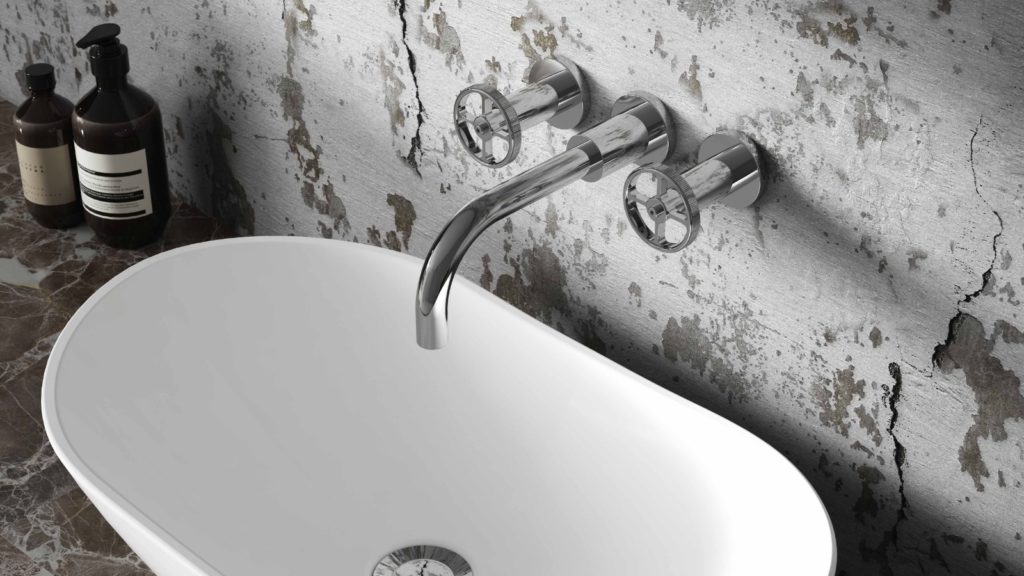 And these span a wide variety of styles from timeless or vintage design though to the latest industrial looks.

If this choice wasn’t enough, in itself, brassware has also exploded in a palette of finishes spanning warmer, brushed metals through to matt black. 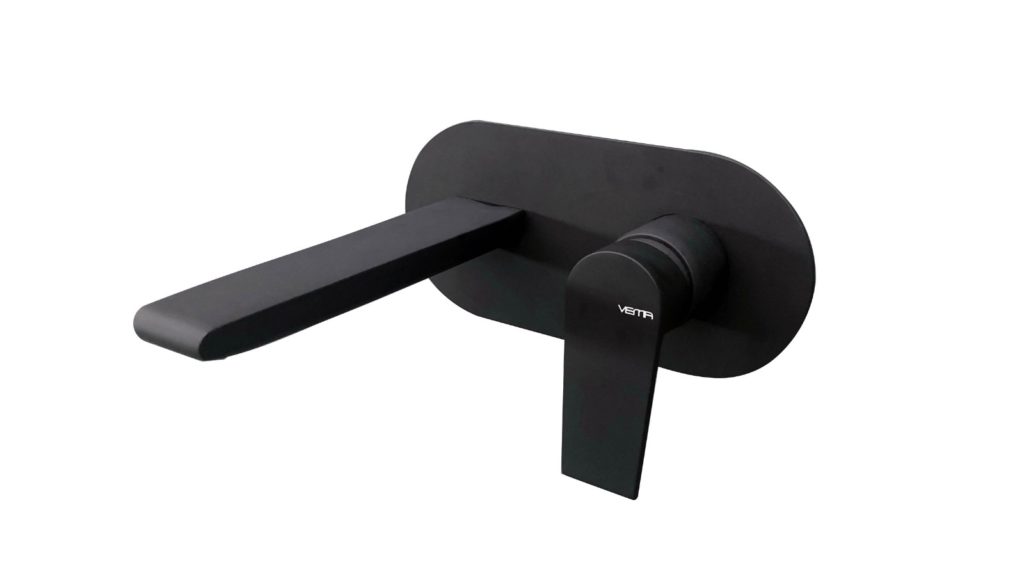 Part of the Vema collection from the PJH Group is the Timea Matt Black wall-mounted basin mixer. It is complemented by shower valves, bar showers and mix and match shower accessories

Marketing manager for VitrA Margaret Talbot comments: “While chrome remains the most popular, copper is a success for VitrA alongside matt black.”

However, there is also an expectation that the in-vogue bathroom finish may return to white, with tentative adoption in shower profiles.

Sales and marketing director of Frontline Michael Sammon says: “White taps are going to come back into fashion with a retrol feel, challenging the generic popularity of black and rose gold.”

Tap design has also witnessed the adoption of materials from marble to leather and timber, which now form part of the mixer structure.

And these are alongside textured finishes, such as knurling, diamond-cut etching or patternation adding tactility to the surface. 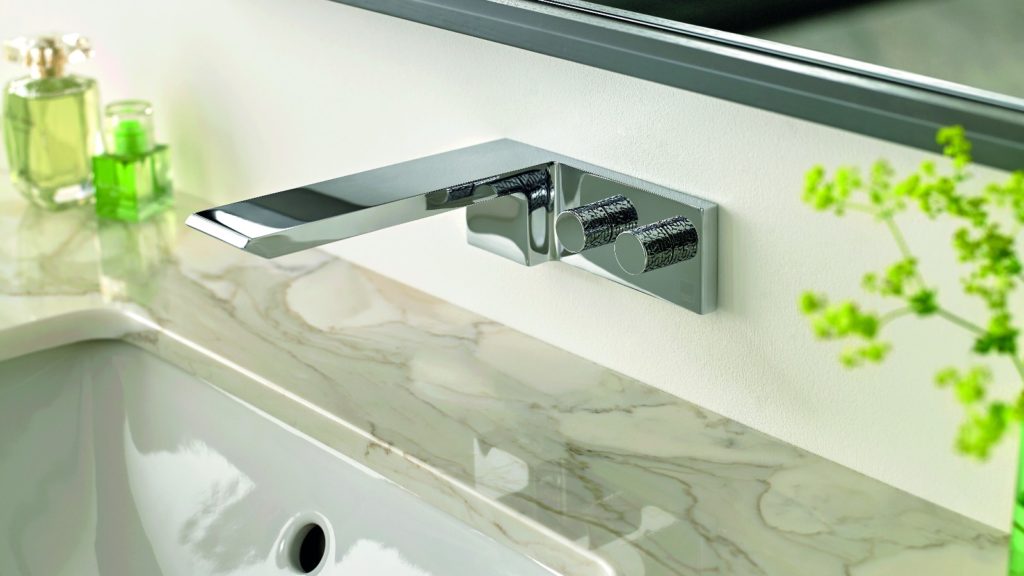 Designed in collaboration with Jo Love, the Omika brassware range by Vado features geometric patterning to provide texture to the mixer tap

Product and marketing director of Vado Angela Neve comments: “Texture is seeing a rise in demand, especially on handles.

Textured handles give a unique finish to a tap and also work to enhance a space by introducing an unexpected characteristic.”

It may have added complexity to what was a simple tap specification, but this customisation has propelled the humble water fixture to become a design icon in its own right and strengthen a refresh market. 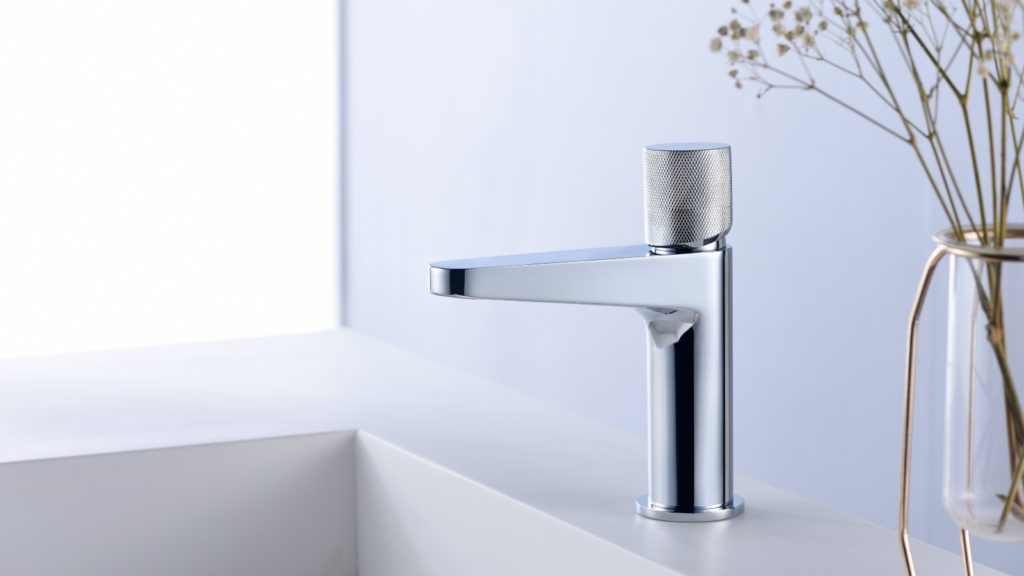 The RAK-Amalfi series of taps boasts four models and come in a range of four finishes. Boasting a knurled design, the handles are available to buy in contrasting finishes as an accessory

Ben Bryden of RAK Ceramics explains: “While baths and sanitaryware remain the largest sector of the market, accessories and taps not come a close second, particularly with the growth in retrofit sales, which is an area that tends to remain strong even in times of market uncertainty.”

And Leanne Adamson adds this means it is a profitable sector for bathroom designers and retailers to tap into (pardon the pun): “While many consumer will be looking to purchase a suite of brassware that includes a matching shower, many others are simply wishing to update an existing basin or bath tap as a way of revamping the bathroom as an interim projects.

“Retailers can jump on the potential of this type of sale, promoting the tap as a style statement rather than just as a functional requirement. 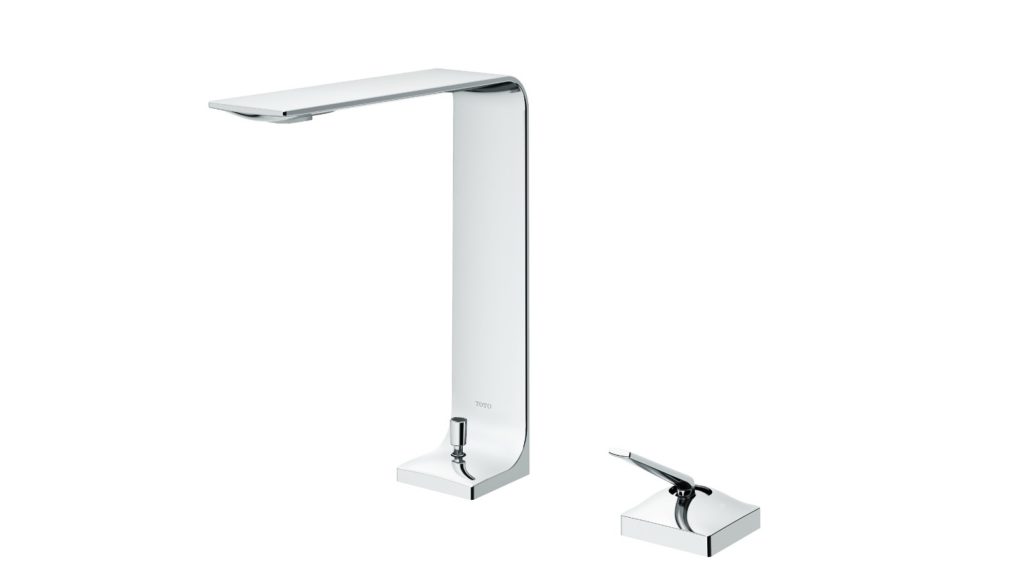 In addition, a tap sale can be broadened to include a package of accessories, whether soap dispensers and mirrors, to flush plates or even bath or basin wastes. 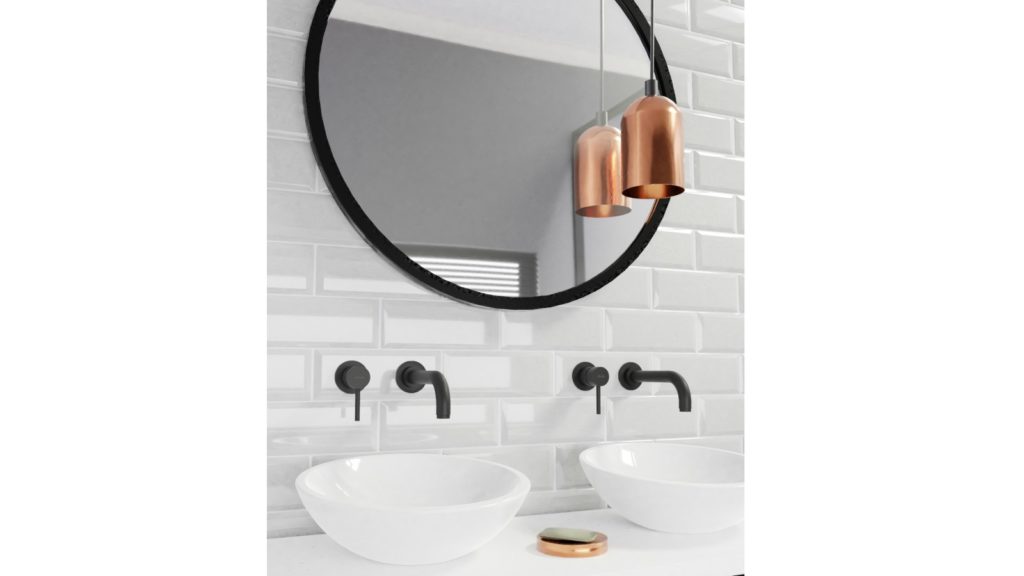 Abode‘s Harmonie is a wall-mounted basin mixer, designed to suit a modern or classically-styled bathroom. The two-hole mixer comes in a matt black finish

Leanne Adamson says: “What is often overlooked is the opportunity to marry taps with accessories in the bathroom.

“Sometimes the smallest details, such as matching the finish of the basin waste with the tap can make a huge difference to the overall look of the bathroom.”

Head of design at Utopia Bathrooms Richard Shore agrees: “Top-end bathrooms are all about cohesive design, where finishes and accents are shared, metching the finish of the tap to the shower and to the handles or accent on the furniture.

“It’s all about creating a family of products with matching finishes.”

The likes of Grohe have capitalised on the demand for a cohesive look to bathroom fittings, as Paul Bailey of Grohe comments: “We are seeing a growing trend for consumers seeking a visual unity across all touchpoints of their bathroom from showers and taps to accessories.

“In response, Grohe has used its specialist expertise across all areas of bathroom fittings to create complete bathroom solutions, where all brassware matches in style and finish.”

But what will drive tap design and sales of tomorrow? Industry experts believe sustainability, aided by technology, will be the focus of future development. Water-saving, through flow moderators and digitalisation will increasingly become a talking point. 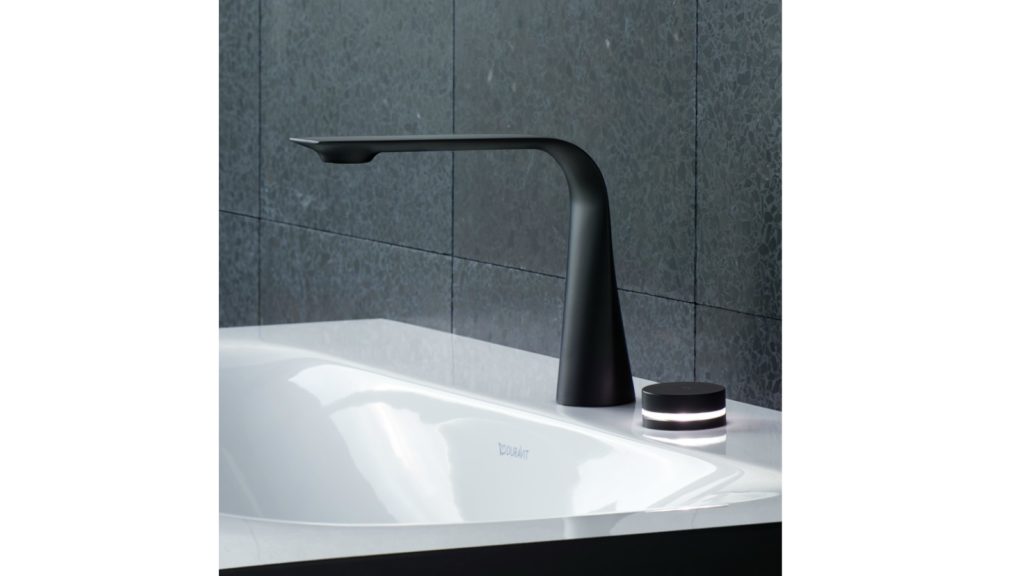 The d.1 range of taps from Duravit features an electronic variant, where the operating knob shows temperature change visualized by color light change. Maximum temperature and waterflow time can be set individually

Managing director of Duravit UK Martin Carroll comments: “Technology and sustainability are currently the two trends to focus on in bathroom taps.

“The introduction of digitalisation and technology within the bathroom, in terms of product and design, is already playing a huge role.”

And although, currently available at the top-end, the use of technology is expected to filter throughout the market, as Ben Bryden of Rak Ceramics adds: “As technology becomes more readily available, so we are likely to see features such as sensor controls become much more of the norm in the domestic bathroom.”

Digitalisation in the bathroom has already seen the introduction of electronic taps from the likes of Duravit and Grohe. 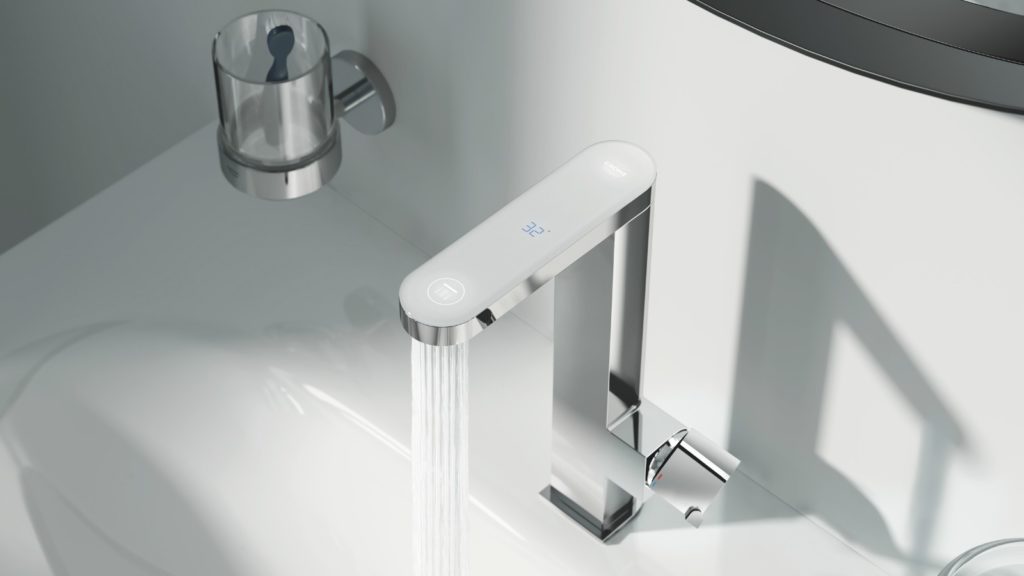 Available in the Summer, Grohe Plus Digital comes with an LED readout of the temperature to show users the heat of the water. Using gesture control, the flow can be swapped to an Eco Spray function

“However, with current technology you can pre-set this to the temperature you prefer and we already have taps with visual alerts showing when the temperature is increasing or decreasing.”

And as digitalisation becomes more commonplace with showering and WCS, it is expected to make further inroads into tap design.

Paul Bailey of Grohe explains: “Digitalisation in the bathroom has so far been led with innovations in the shower and toilet market with products such as Bluetooth-operated shower heads and app-controlled shower toilets.

“But in the future, we can expect digitalisation to begin to be adopted in the tap market too.

“Digital integration into basin mixers will look at incorporating features that promote user safety, improved accuracy and control, and a more conservative use of water.”

He continues, explaining: “LED temperature displays are the first foray into the digital tap market which will allow homeowners to see exactly how hot or cold the water from the tap is without having to test it our first.

“The LED temperature display will also make users more attuned to the temperature of the water they are using and encourage a more eco-conscious consumption.”

In fact, Margaret Talbot of VitrA says the company has also looked at digitalisation of water adding: “We recently launched the Smart Panel which helps consumers identify their water usage, behavious and patterns.

“In the fullness of time, this technology could be integrated into all water delivery in the bathroom.” 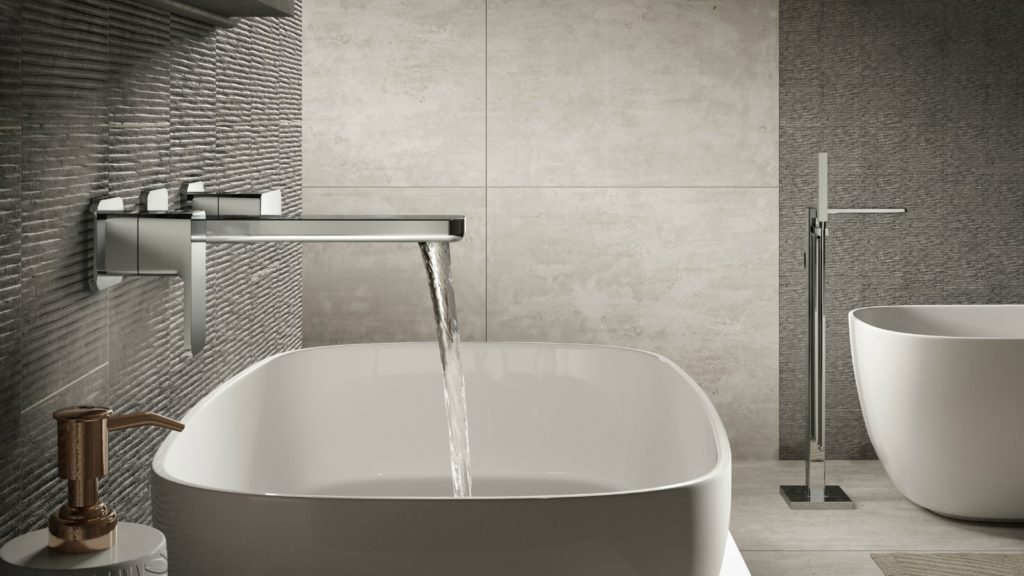 By considering a raft of styles, finishes and technologies bathroom designers and retailers can not only profit from tap sales as part of a bathroom package but from the strong retrofit market too.

NEWS: UK businessman Hugh Osmond is putting together a £300million bid for @Homebase_uk, according to @SkyNews… https://t.co/0Oa7rQRz8e

COMPANY PROFILE: We talk to MD of Armera Sarah Williams about the launch of a bathroom brand designed to protect br… https://t.co/jGHHCr5YMS

PEOPLE: @FrankeUK expands customer care team with trio of appointments, to offer support to its trade customers and… https://t.co/CduUfPbfSh

JUST OUT: Italian cooker hood manufacturer Faber has introduced the T-Shelf, available in the UK through @KitchenEX… https://t.co/Qm6d9yJqnm

BATHROOM TRENDS: How bathroom furniture has become an intrinsic part of interior architecture and is now a starting… https://t.co/8rC1AB0nSv