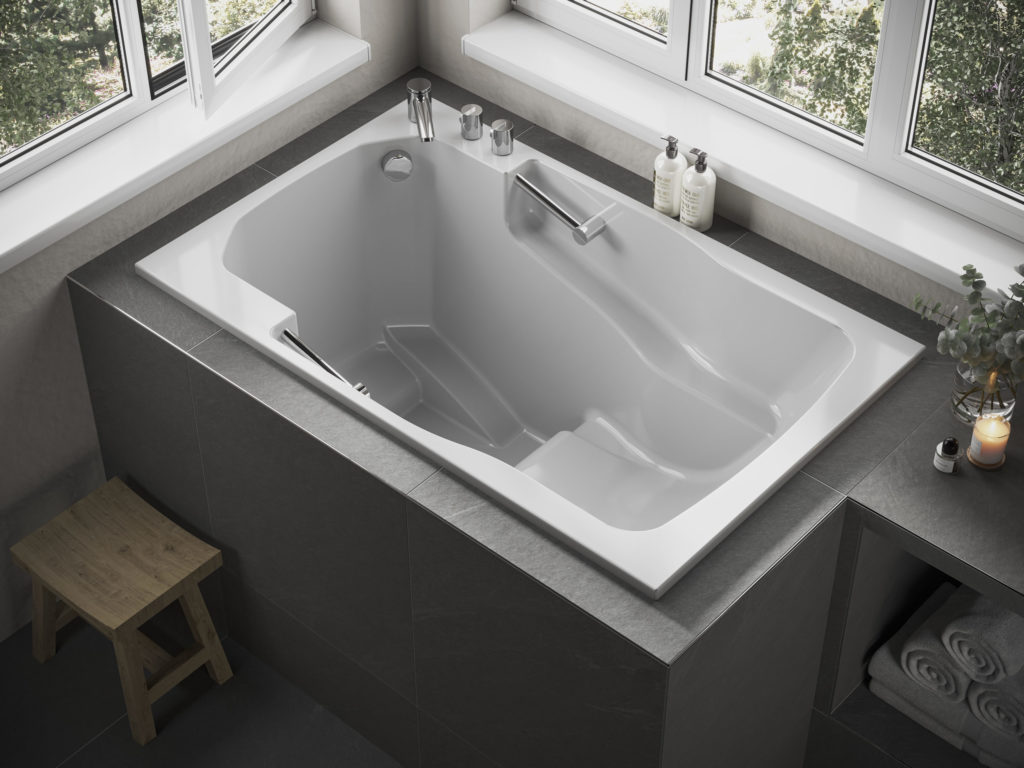 Like the other baths in the company’s deep soaking range, it is inspired by the traditional Japanese ofuro.

However, according to Cabuchon Bathforms, Takara has been designed to include a host of refinements designed to enhance comfort and better suit western bathing habits.

Takara has been designed with grab bars above the armrests to add an additional sense of security for those who want it.

In addition, the bath features a built-in seat, which has been created to hold  the bather in a comfortable, well supported, semi-reclined sitting position that reportedly puts no strain on the neck and shoulders.

Measuring 1,372mm x 860mm, Takara has a compact design which makes it well suited for use in smaller bathrooms.

However, Cabuchon Bathforms states the smaller size is also advantageous when an optional spa system is also specified.

It reports this is because jets set close to muscles and other soft tissue are more effective at delivering heat and a therapeutic massaging action.

Cabuchon will tailor the placement of jets according to the needs of the individual user.

In addition, Takara is also available with options including an inline water heater, chromotherapy lights and Bluetooth speakers.

And since the bath has a flat footwell, which means it can be used with an overhead or wall-mounted show, it can also be supplied with a bath/shower screen to order.

The Takara can be built into a raised deck or a surround, set into the floor or can be free-standing, in which case, Cabuchon can produce bespoke panels on request.

Like all Cabuchon baths, such as Studio, the Takara is hand-built by a team of British craftsmen.

It carries a 25 year guarantee and it is manufactured using the company’s own Ficore composite.