Bathroom brand Crosswater has introduced the Spectrum finish to its MPro brassware range, to celebrate the company’s 20th anniversary. 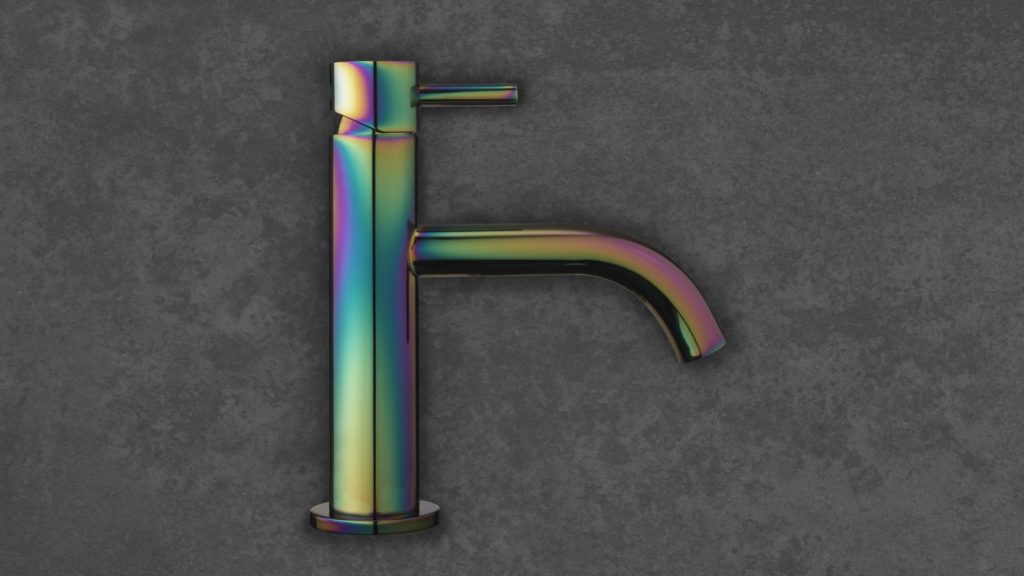 The Spectrum finish features an iridescent effect, which has also been used on the likes of cutlery.

It is available across a basin monobloc mixer, as well as a matching bottle trap and waste.

PVD is a process that provides multiple deposited layers in one step and, in this instance, an oxide layer of colour creates the ‘Spectrum’ effect.

The shape of the products and position within the PVD chamber means no two parts are identical and the resulting finish is highly durable .

It follows the launch of Marvel which has been added to the company’s Vanguard collection.

Established in August 1998, Crosswater was founded by David Hance who sold European supplier-sourced taps and mixers to bathroom retailers.

It acquired the Simpsons shower business in 2006, followed by the Bauhaus brand in 2008.

In 2014, Bathroom Brands Group became the sole shareholder in Crosswater and the brand now sits alongside Britton, Burlington, Clearwater and Thirty6,