Hansgrohe has worked with vets, psychologists, dog groomers and pet owners to develop a shower specifically for dogs. 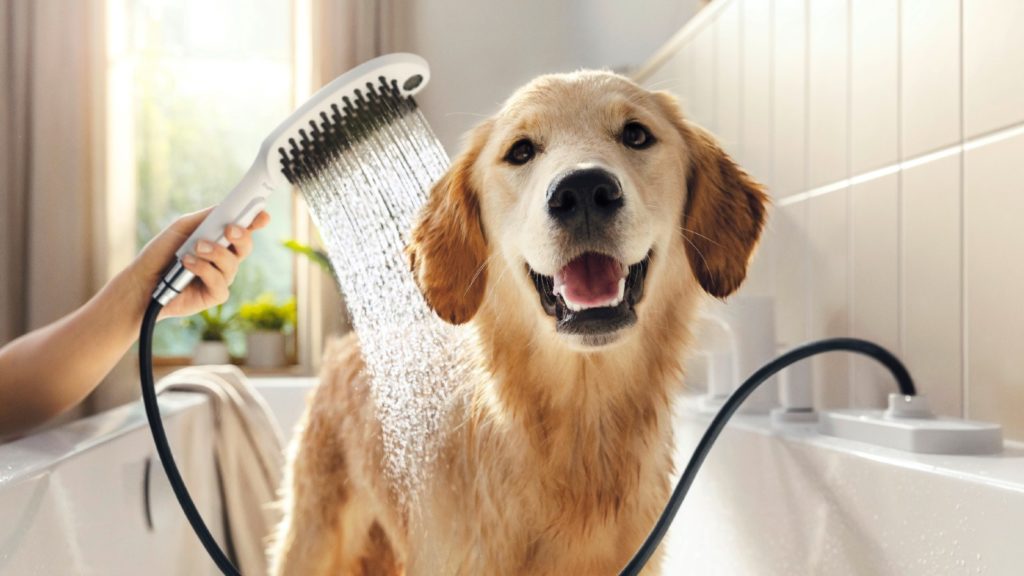 Created with three spray modes and long, stroking silicone nozzles to enable water to reach dirt deep down in the undercoat and remove shampoo.

The dog is gently stroked by the shower head which can be moved around the body and is designed for one-handed operation.

While the three spray types are for gentle cleaning of paws or other sensitive areas, against legs covered in soil or for the core and the full fur spray from over 70 nozzles.

It also boasts an integrated water brake, which is activated when the shower handle is released for a short time, to reduce the volume and pressure of water, and prevent dog owners from suddenly getting wet while washing their pet.

The Hansgrohe DogShower screws into any standard shower hose and, for an even faster change of shower heads, it is also possible to install a click connecter which is included with the product.