We take a look at six key interior design themes demonstrated at Kbb Birmingham 2022, and how they could affect kitchen and bathroom retail businesses 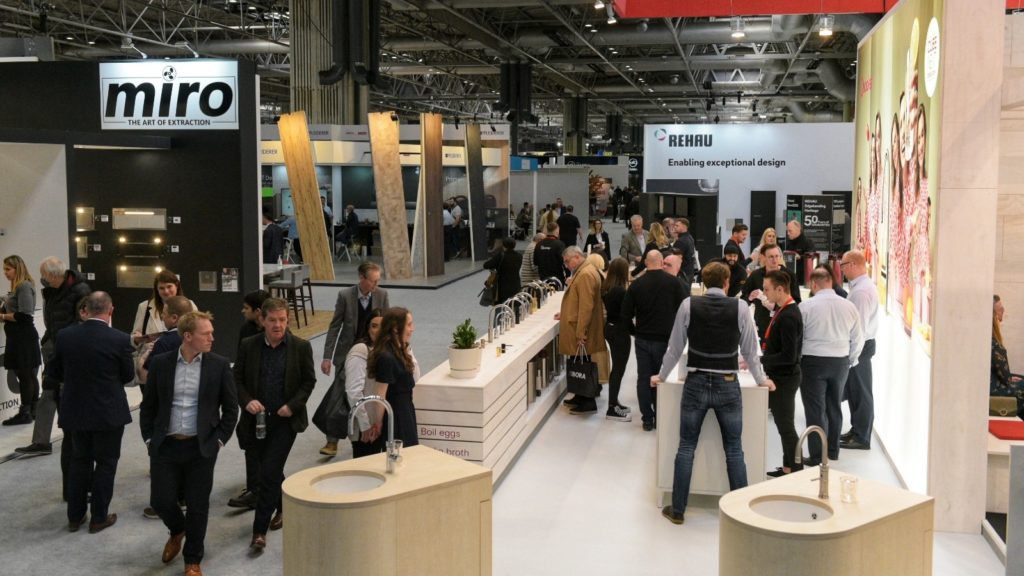 UK trade show Kbb Birmingham brought the industry back together at the NEC, for a welcome return to face-to-face networking.

Although, and expectedly, a much smaller outing than previous events, Kbb Birmingham still attracted 12,400 people through the doors with exhibitors exclaiming it to be a successful and some even reporting it as a “phenomenal” show.

Hundreds of exhibitors showcased launches across 26 product categories, and we have curated five of the top themes impacting kitchen and bathroom designers and their retail businesses. However, we will be taking a look at stories and products from the show in future issues of Kitchens & Bathrooms News.

Sales director of Kbb Birmingham Jon Johnston cited the show a “huge” success, as he said: “It has been fantastic to be back at the NEC again and seeing so many familiar as well as new faces.

“There were hundreds of exhibitors across 26 different product categories who were busy meeting visitors throughout the four-day event.

“There was a steady stream of people attending the show all extremely interested in finding out more about our exhibitors, new products and the latest trends.

“The show has been a huge success and it was great to see the KBB industry thriving. We are looking forward to doing it all again in 2024.”

Kbb Birmingham will return to the NEC in Birmingham from March 3-6, 2024, but until then –  here are six key interior design themes from the event in 2022.

The UK may not have a California climate but, following the pandemic lockdowns, as a nation, consumers collectively began to appreciate outdoor areas and value the opportunity to extend living space into the garden. 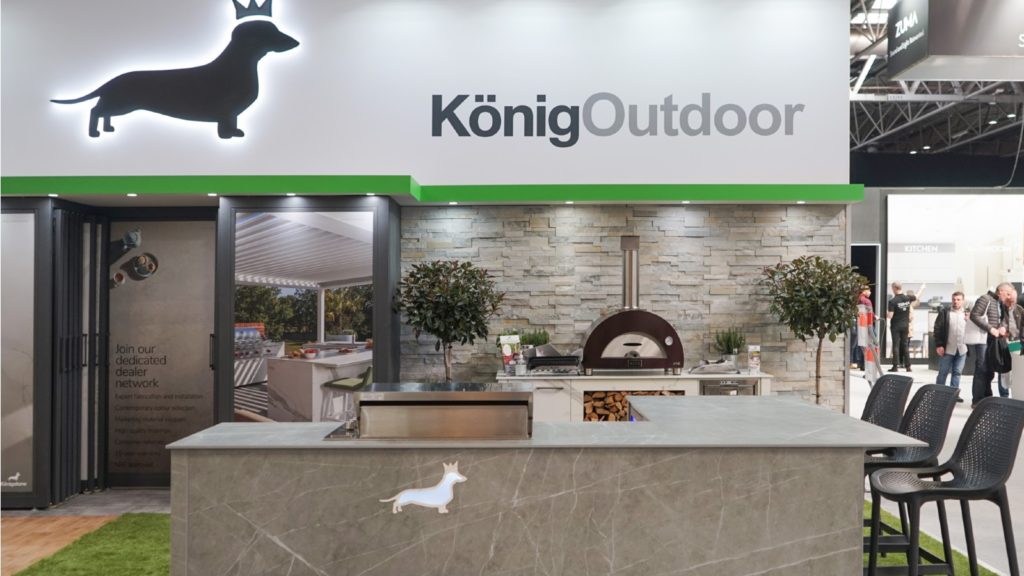 KonigOutdoor is a modular range of Outdoor Kitchens from Kongistone,  which is available in a choice of eight sintered stone surfaces.

It accelerated an already emerging trend for an al fresco lifestyle, where consumers eat and entertain outdoors and has has seen a growth in interest of outdoor kitchens. This was reflected by launches at Kbb Birmingham.

German outdoor kitchen manufacturer Burn.out, which launched into the UK earlier in the year, debuted at the show and was joined by Elfin which introduced an outdoor modular kitchen.

Marketing manager of Kongistone Joanne Bull commented: “We were thrilled with the response to KönigOutdoor at kbb and are pleased that there were retailers who can see the benefit of providing an outdoor kitchen offering alongside their existing services.”

Demonstrating the willingness of consumers to be adventurous with interior design, bold splashes of saturated colour and pattern were flaunted at Kbb Birmingham.

Victoria+ Albert showcased colours from its colour collaboration with Wallpaper* magazine, with one palette focused on moods and the second on Twentieth Century architecture

Carron showed freestanding baths which could be colour matched to a chosen swatch and Adamsez introduced its refreshed bath brand with coloured models.

While Showerwall had a stand boasting an array of panelling designs from marble through to tile effects and even bold botanical prints.

And exhibiting for the first time as House of Rohl, alongside the launch of the Riobel brand, Victoria+Albert showcased its second colour collaboration with Wallpaper magazine, representing architectural styles of the 20th Century – spanning Belgium minimalism, Brazilian modernism and American postmodernism.

Brand manager of House of Rohl Victoria + Albert’s option of 200 RAL exterior colours, in gloss or matt, is still relatively new in the market. It was launched at KBB 2020, but many retailers at KBB 2022 had yet to see examples for themselves. Almost all the baths and basins on the stand were in colours from the new Wallpaper* palettes.”

While the semi-conductor shortage has been well-documented, holding up appliance supply, it hadn’t prevented manufacturers surging ahead with connectivity. 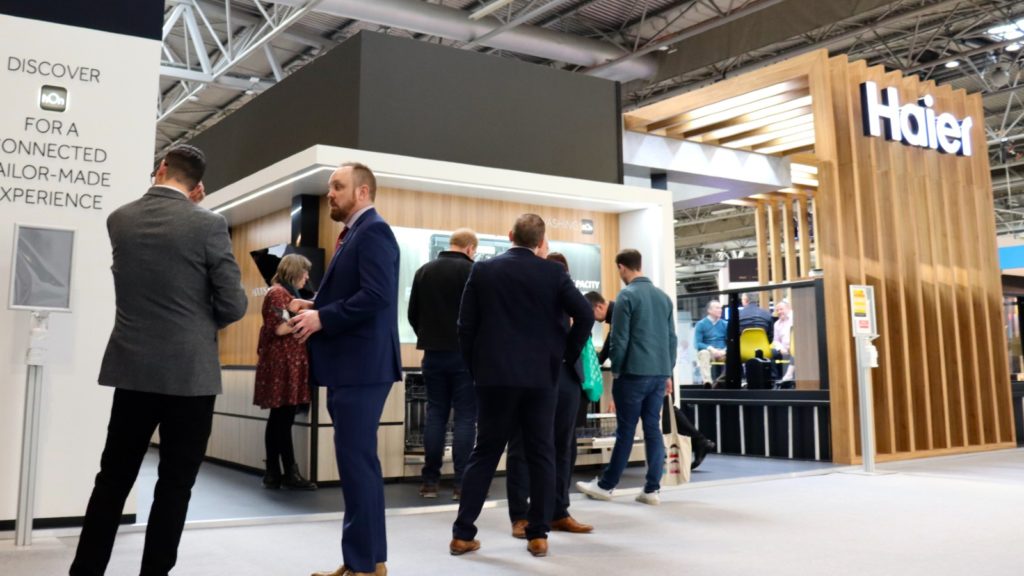 The BSH Group showcased its Home Connect app, which can offer tips for appliances across its Bosch, Siemens and Neff brands.

Whereas Samsung democratised connectivity by offering Wi-Fi across all its ovens from Series 4 up to Series 7, and introduced healthy eating functions.

Haier revealed its first ever built-in appliances for the UK  spanned refrigeration, laundry, wine cellars and the debut of Haier cooking with its Series 6 range of premium appliances featuring Artificial Intelligence.

Series 6 spans ovens, hobs and hoods, refrigerators and dishwashers that are connected and can be operated by the company’s hOn app.

Flagship of the Series 6 cooking was the Chef@Home oven which features a presence sensor, turning on the display automatically, and allowing users to access a 19” touch screen.

Chief commercial officer of Haier UK & Ireland Jim McEwan commented: “The setting of KBB provides the ideal stage for the launch of our kitchen built-in range, characterised by perfect integration between technology, connectivity and tailor-made products.

“Thanks to Artificial Intelligence and the hOn App, we offer our customers exclusive experiences connected to household appliances, which ranges from exclusive refrigeration solutions, innovative cooking options and reactive wine cellars.”

Whether open plan or broken plan, the need for a kitchen to appear less like a kitchen and to form an integral part of living space is the basis of modern interiors. 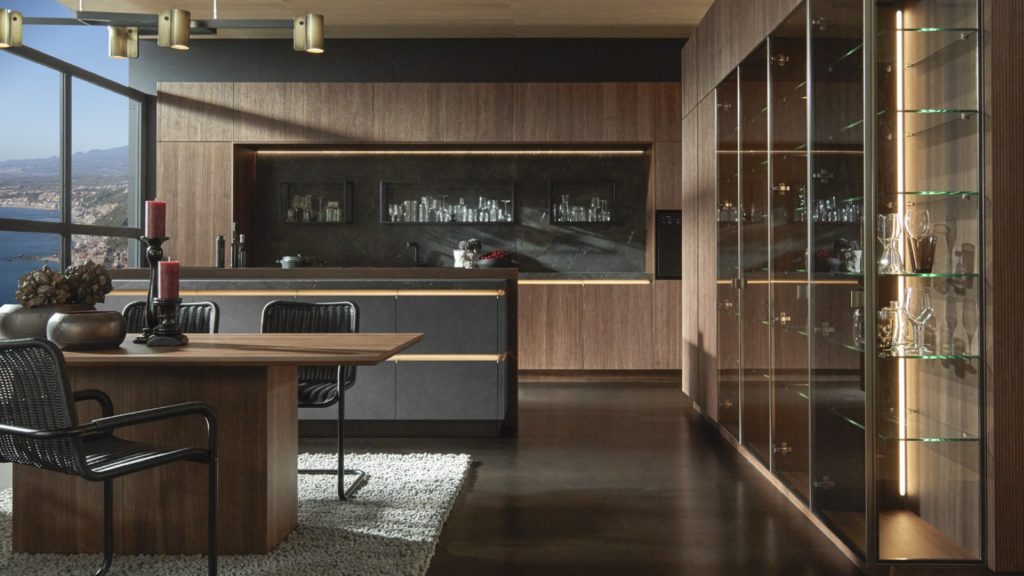 This theme was reflected on the Kutchenhaus and Nobilia stand with smoked glass doors, while Rotpunkt inspired designers with the debut of pocket doors and an example of concealed utility room.

Pronorm also took the opportunity to show how a kitchen could form an integral part of ground floor living with its premium i-Luminate collection featuring integrated lighting and glass display cabinets.

National sales manager for UK & Ireland for Pronorm Richard Turner commented on the launch “The ever-increasing importance of the kitchen demands the highest level of individuality and exclusivity so that the home is an expression of one’s lifestyle.

Industrial and nature were obvious design themes at the show. A less obvious but underlying theme was sustainability. 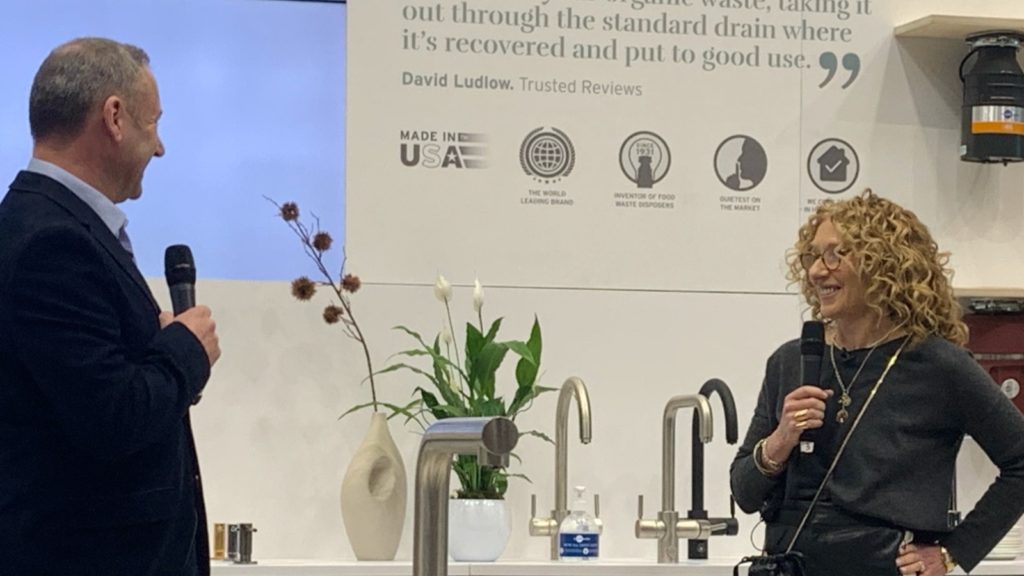 InSinkErator revealed a selection of side taps and waste bin organiser systems, alongside its waste disposers and instant hot taps.

Product manager of Showerwall Steph Harris noted one of the most asked questions from retailers was about the company’s eco-credentials.

Quooker introduced the Cube filter, which could be fitted to any of its taps to reduce single use plastic bottles.

He added  consumers were becoming more interested in environmentally-friendly solutions: “When people are choosing brand new products, they are looking for ones that have some credentials from a sustainability point of view.”

Interestingly, Kbb Birmingham showed the demand is still strong for industrial design but this was shown alongside organic influences and often the two were combined. 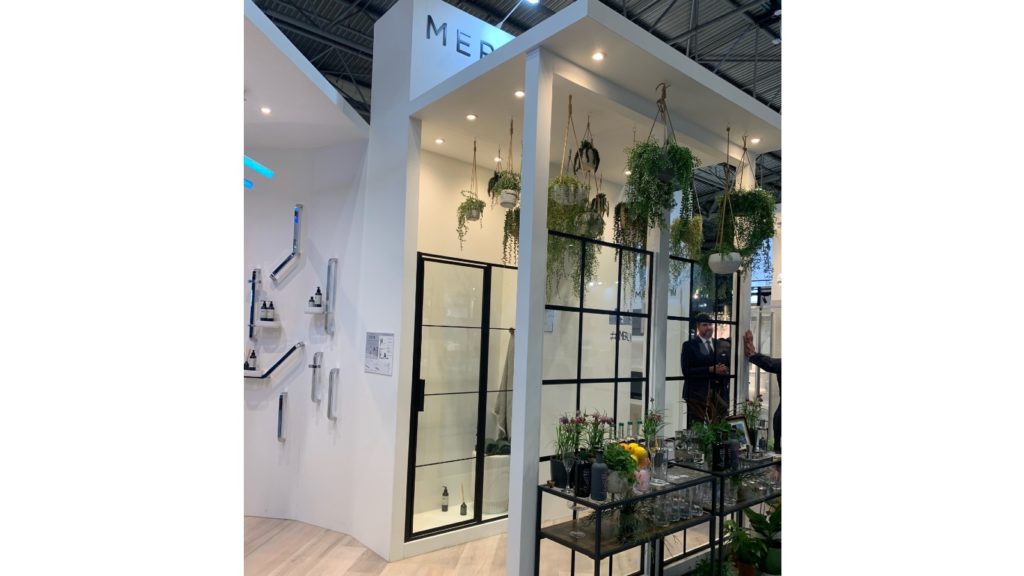 Origins Living stand showcased its collection of bathroom accessories with foliage decorating the space, and black grid enclosures from Merlyn were combined with planters creating a living ceiling.

Whereas Ca Pietra not only showcased floral but also marine influences on its Mermaid’s Garden tile collection.

All of which demonstrated design themes are not isolated but often run concurrently.