Italian bathroom manufacturer Scarabeo Ceramiche has unveiled DecorLab patterns which can be applied to its Teorema 2.0 and Glam washbasins. 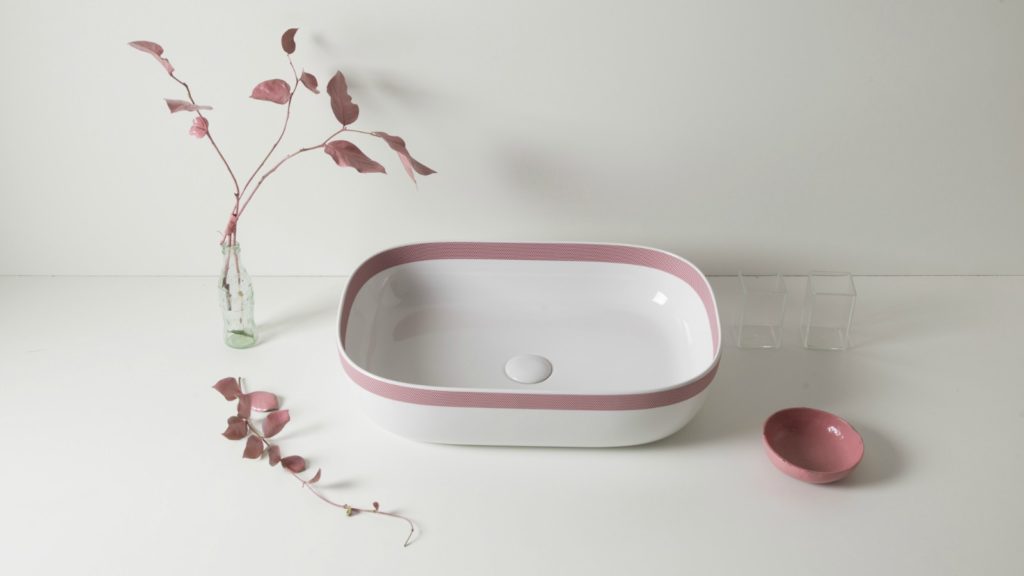 There is a choice of four decorative patterns; Quadrotto, Sfere, Rio and Neutro.

Quadratto is a relief decoration which is available in a range of colours and applied on the outside of the Teorema 2.0 basin.

The relief features a lozenge-shaped motif texture, which contrasts with the ceramic.

Also available on the Teorema 2.0 basin is the Rigo linear, geometric relief decoration, available in a choice of colours and designed to create a 3D effect.

Whereas the Sfere pattern can be applied to the inside and outside of the Glam collection of basins.

It has been designed to give the surface a “material chromatic vibration” that is perceptible to the touch.

Completing the four patterns is Neutro, is a tone-on-tone effect that creates a contrast between the opaque texture and the shine of the ceramic.

Sfere and Rigo are also proposed in the Fascia collection (as shown) and applicable to the interior and exterior of all washbasins in the Glam collection.

Scarabeo Ceramiche was founded in 1974, in Civita Castellana, by Giovanni Calisti, manufacturing washbasins.

It launches its first deigner basins in 1998, expanded its plant and opened a factory in Fabrica di Roma in 2008.

The company has won a Frankfurt Design Plus Award for its Bucket range of washbasins launched at Cerasie in 2012 and most recently Scarabeo Ceramich has won Iconic Design Awards for its Glam and Teorema 20.0 collections.