Showers remain strong in sales, so we consider how retailers can stay ahead of the game encouraging consumers to trade up with spa-like spaces

Showers remain strong in sales, so we consider how retailers can stay ahead of the game encouraging consumers to trade up with spa-like spaces 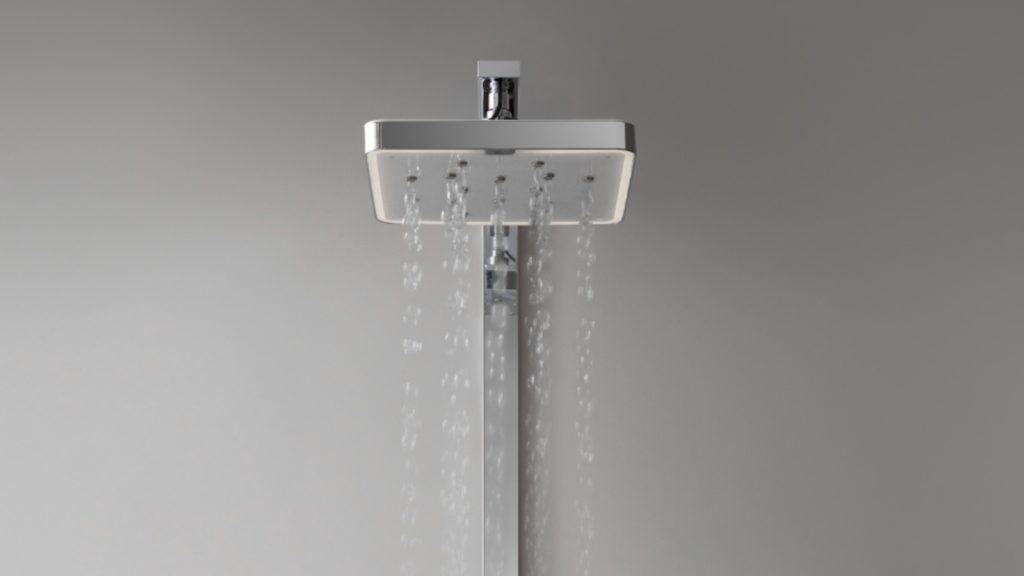 With the bathroom’s reputation as an at-home sanctuary sealed by the COVID pandemic, the demand for spa-like spaces has driven shower sales.

The great news for bathroom retailers is industry experts suggest it has also seen a drive towards more premium models.

“This is continuing, with consumers recognising the difference that a quality, powerful shower can make, to their bathroom and even to their wellbeing.”

He points out: “We have seen an increase in spending on concealed shower bundles, as homeowners invest in their day-to-day functional spaces.”

However, exposed valves still remain the most popular shower model with bar valves and a choice of handset and rainfall overhead. 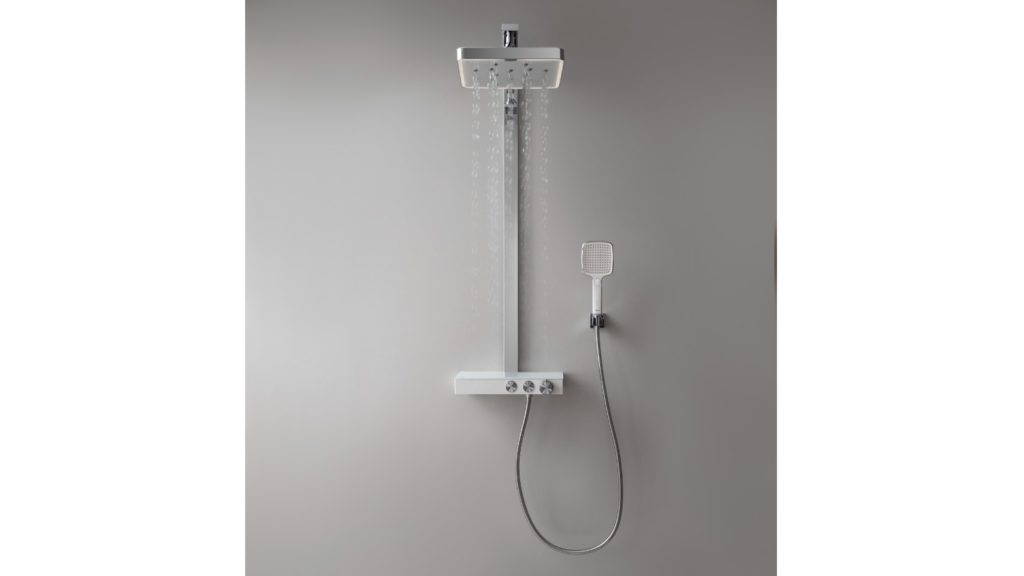 According to head of marketing and innovation at Methven UK, Chris Billingham, “bar showers have grown in popularity over the past five years to account for well over half the UK market volume.”

And there are opportunities for bathroom retailers to encourage their clients to step up, regardless of budget.

He comments: “These models are an ideal choice while also offering a more affordable solution than concealed, overhead showers.”

A choice of showerheads and spray patterns support the consumer movement for personalisation, which is also reflected in the wide choice of finishes for shower models. 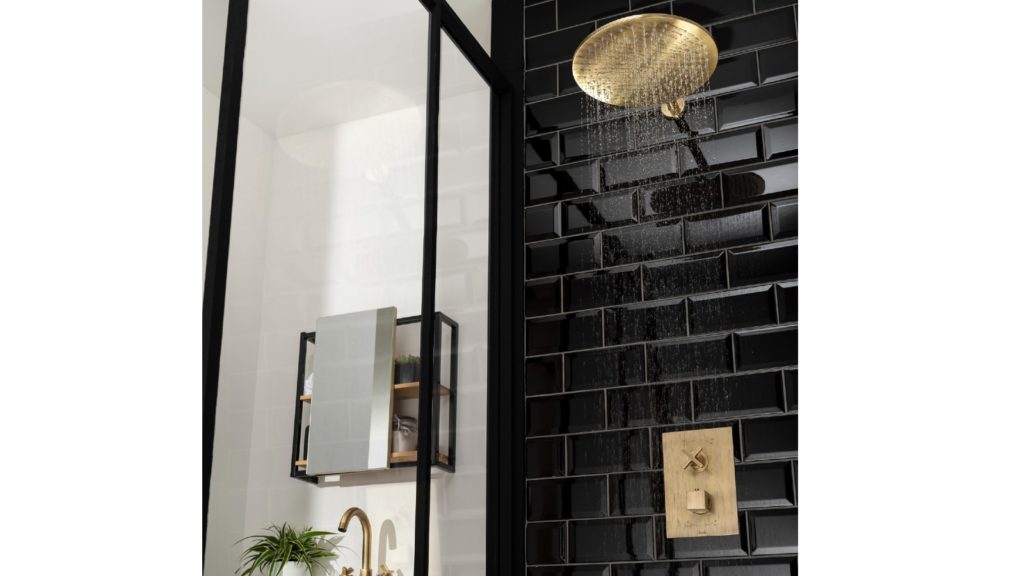 The Abode Serenite circular showerhead measures 300mm in diameter and 8mm thin and in shown in an antique brass finish.

Adding to chrome, which still has the lion’s share of the market, black models have become a recent darling of the media, as well as warmer metals, providing differentiation and potentially higher prices.

As part of its recently expanded and redesigned shower portfolio Ideal Standard introduced selected models in a Silk Black finish.

Chris Billingham of Methven UK reports: “Whilst black has really established itself in the past few years, we’re starting to see more metallic finishes like brushed brass, gun metal and brushed nickel established a foothold at the higher price points as well.”

And Keuco UK country manager James Sketch adds: “Keuco has seen an upsurge in the sales of black showers but can feel that this quest for colour will continue, as alongside black we are currently seeing requests for brushed brass options.

Perhaps the most contentious topic is how important water efficiency is for consumers when purchasing a shower model or brand. 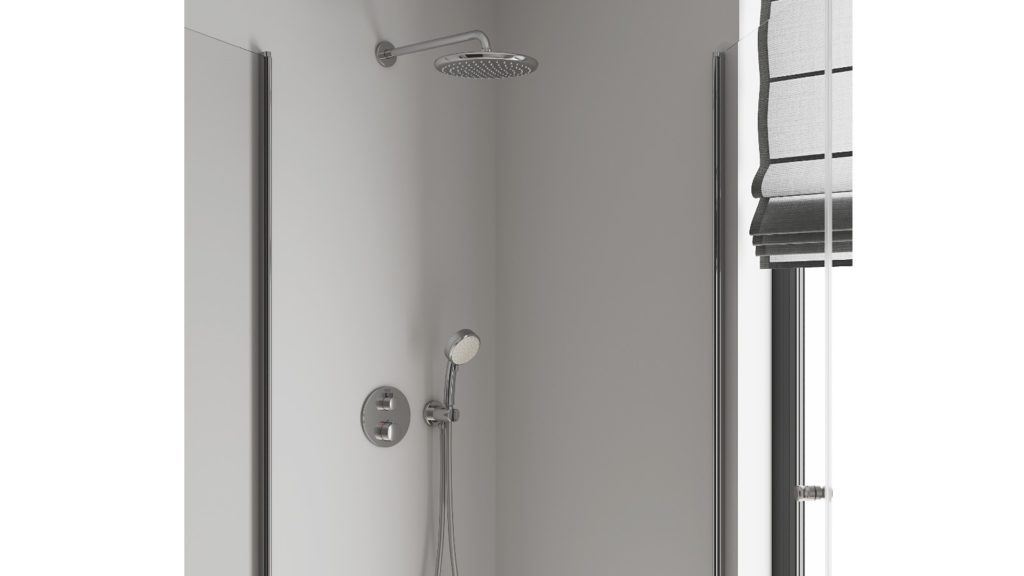 The Grohe Tempesta 250 shower comes in the choice of round or square heads for wall, ceiling and shower systems.

While some bathroom retailers may suggest consumers are simply interested in performance rather than the planet, Chris Billingham of Methven UK argues: “Eco-friendly products are high on people’s agenda.

A recent report from Rated People found that 45% of homeowners and residents across the UK are looking to make their homes more environmentally-friendly in 2022.”

Grohe has recently extended the number of showers featuring its water-saving EcoJoy technology.

While Kelda Showers which manufactures air-powered showers to gyms and leisure centres is introducing its first consumer-focused shower, an overhead model for the premium market, called BubbleSpa.

“Each shower features an intelligent microprocessor and powerful digital fan, which controls the delivery of water and air to the showerhead.

In fact, for the latest developments in showering, design manager of Abode Paul Illingworth believes the industry needs to watch the beauty, grooming and wellness sector which is being influenced by sustainable products.

And going forwards ‘future proofing’ may also be of concern to consumers, with ease of use moving up the purchasing agenda. 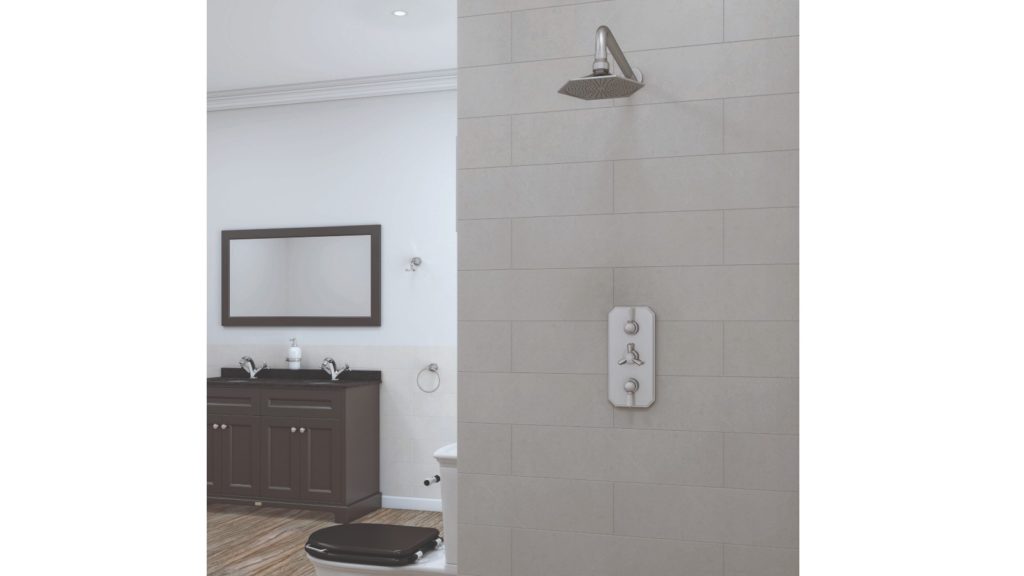 The RAK-Washington bathroom collection, from RAK Ceramics, includes a shower range with hexagonal-shaped shower head and value with cross handles

Paul Illingworth of Abode adds: “I think that a key factor driving shower R&D is increasing awareness of ‘future proofing’ in terms of personal needs.

In fact, we are seeing a growing proportion of the grey market is preferring to invest in showers rather than going down the accessible bath route.”

Shower sales are only going to grow from strength to strength, for independent bathroom retailers.

So consider the step ups of shower spray choice, colour, ease of use and water efficient to not only exceed client expectations but also maximise profit opportunities.