With a continuing move towards luxury in bathroom design, we look at what this means when consumers are choosing showers

With a continuing move towards luxury in bathroom design, we look at what this means when consumers are choosing showers 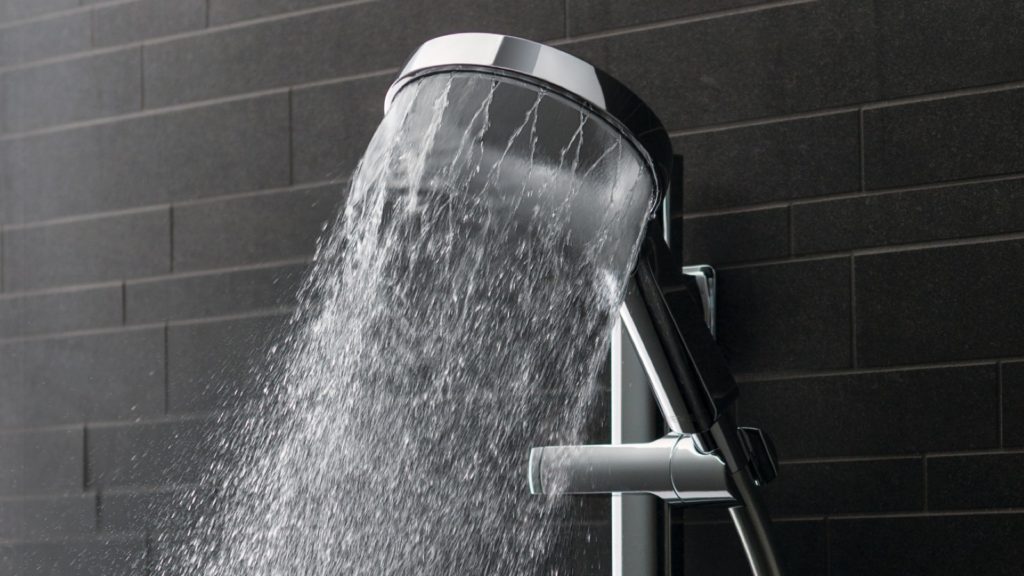 Boasting a halo design, the Aurajet Aio shower from Methven boasts improved water efficiency due to an optimised flow rate, and comes in Matte Black or Chrome.

The pandemic focused consumer attention on health, wellbeing and, when travel was restricted, the home environment.

In many cases, it meant homeowners had more disposable income and were unable to invest in spaces, such as bathrooms, to enhance their comfort and welfare.

And with a greater focus on showering, with open plan and walk-in environments at the forefront of interior styling, it’s no surprise AMA Research reported a “significant and ongoing demand” for premium showers.

Product and marketing director of Vado Angela Neve comments: “During the first lockdown we all appreciated the ‘finer things in life’ and perhaps in some cases had extra income to spend on home improvements due to not being able to travel or socialise away from the home.

“With that spending a little but more on something that is used everyday and gives a better user experience was something high on people’s must-have list.”

And CEO of Methven Martin Walker added this was reflected in his company’s sales: “Throughout the past 18 months we have seen an increase in sales of luxury showers and tapware due to the repercussions of COVID-19 restrictions.”

But how would you differentiate a premium model from the rest of the market? Industry experts state agree it is dependent  on the wants and needs of the consumers. 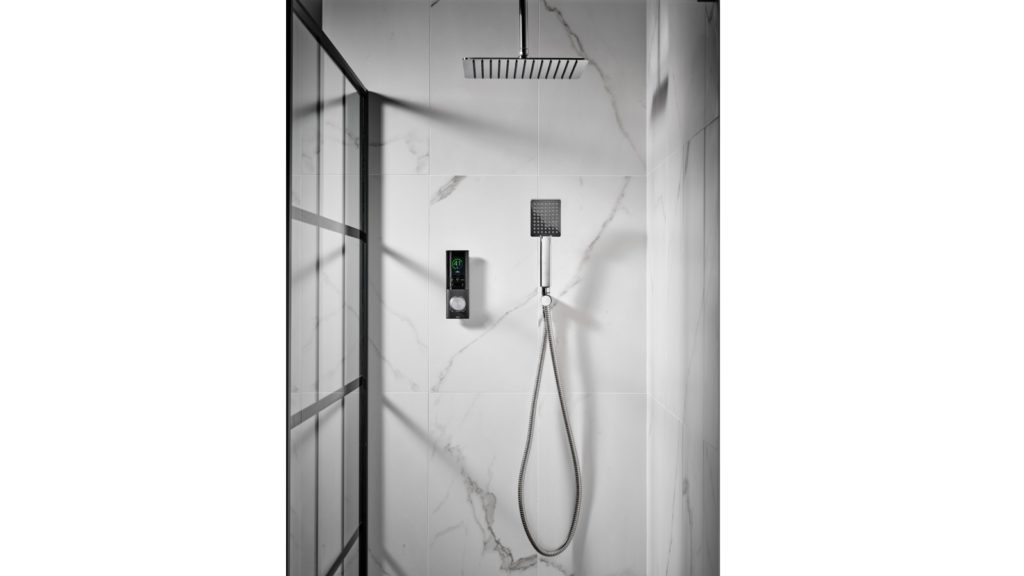 Featuring a warm-up programme when the water to save running off water, the Triton Host digital valve is shown with a large overhead shower

Leader category specialist UK for Lixil EMENA Paul Bailey comments: “The focus for luxury bathrooms is very much integrated into the concept of wellness and personal care but it is important to tailor this to the customer’s individual needs and lifestyle to make sure the fit is right.

“With this in mind, for a premium model shower we would expect to see an option for personalisation and personal preference considerations, such as the option to have different spray settings.”

He adds: “At the very top end of the luxury shower market, we would expect to see a state-of-the-art system that takes showering and personal care to a whole new level, with advanced water settings and additional mood boosting elements.”

But, interestingly, sales and marketing director at RAK Ceramics Ben Bryden argues: “A premium model won’t necessarily be expected to be all-singing, all dancing.

“In fact, premium is as much about good quality and reliability as anything else, combined with performance and ease of use.” 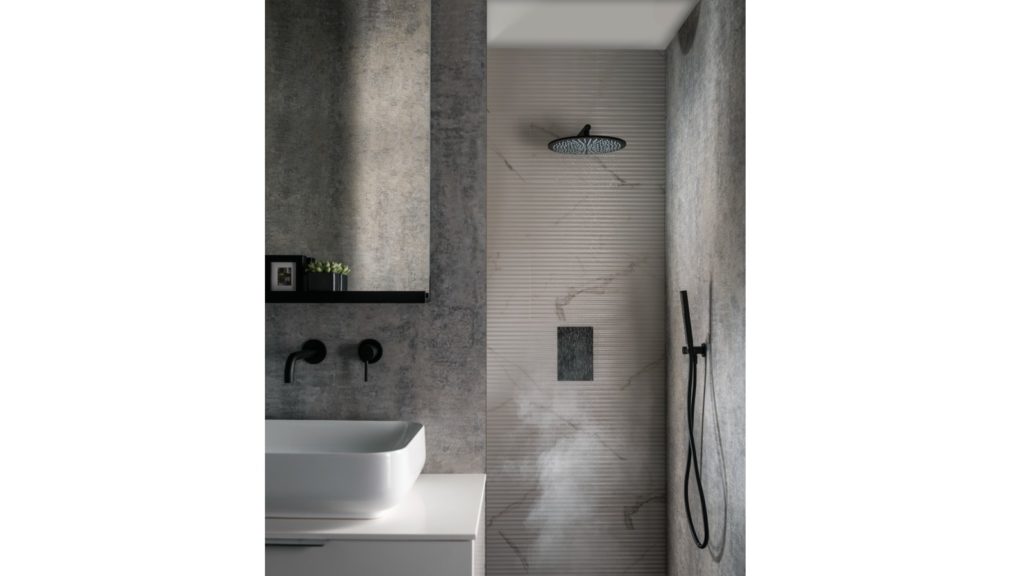 The Abode 300mm Round Showerhead in Matt Black is complemented by a matching valve and handshower and partners its Harmonie mixer taps.

Marketing manager of Abode Leanne Adamson adds: “Our concealed thermostatic shower valves inject a little luxury into the bathroom, giving the feel of hotel chic in the home, influenced by spa-like, luxury hotels that consumers may have stayed in on their travels.”

Ben Bryden says the fashion for industrial styling is changing showering choice, adding: “For a long time now, there has been a big emphasis on concealed shower fittings, in line with the trend towards minimal bathroom styling.

“However, this is now shifting and the demand for exposed shower fittings is really being felt.”

The impact of industrial styling can particularly be felt in the choice of finishes with the likes of brushed nickel, brass, copper and matt black at the forefront of interior fashion. 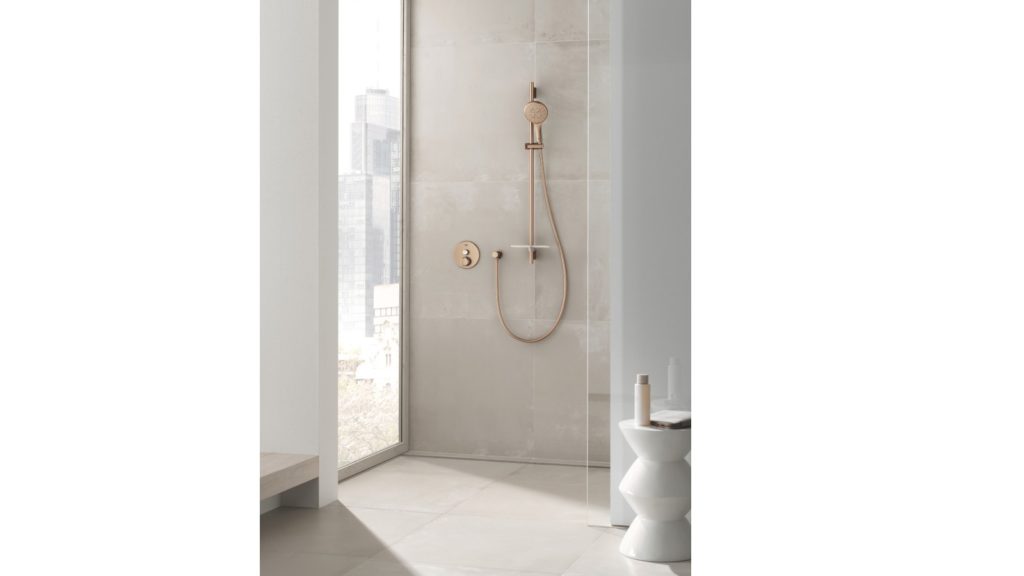 Reflecting the trend for warmer brassware finishes is the Grohe Rainshower SmartActive 130 handshower. The three-mode handset comes in a choice of 11 colours and boasts EcoJoy water-saving technology

Angela Neve of Vado adds: “We have seen an increasing popularity in coloured brassware, with our Individual by Vado range growing rapidly.

“Individual by Vado includes a range of different brassware finishes, including Brushed Gold, Black and Nickel, as well as our most recent launch of Knurled X Fusion, a range of two-toned colour brassware.”

But, arguably, one of the greatest changes in luxury showering has been the natural association with lavish water use. 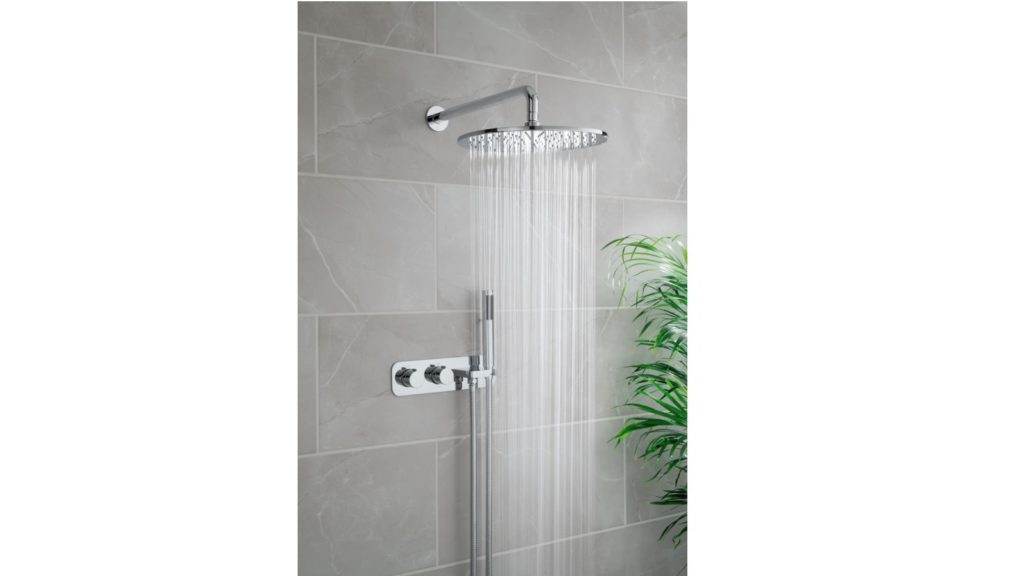 The Vado Tablet iO collection has been designed to be fitted in a shower enclosure or above the bath and comes in square or circular designs and two or three valve options.

Martin Walker of Methven explains why the mindset has altered: “There are genuine concerns that the UK will face severe water shortages in the next 20 years due to climate change and population growth and as a result the Environment Agency is urging everyone to reduce their water usage by 40 litres or more.

“Statistics show that water used in the bathroom accounts for 40% of a household’s daily usage and there are growing calls to amend Building Regulations to reduce water efficiency to 110 litres per person per day.”

While Government legislation may help drive water-saving change, consumers are rightly concerned and are also key to play their part. 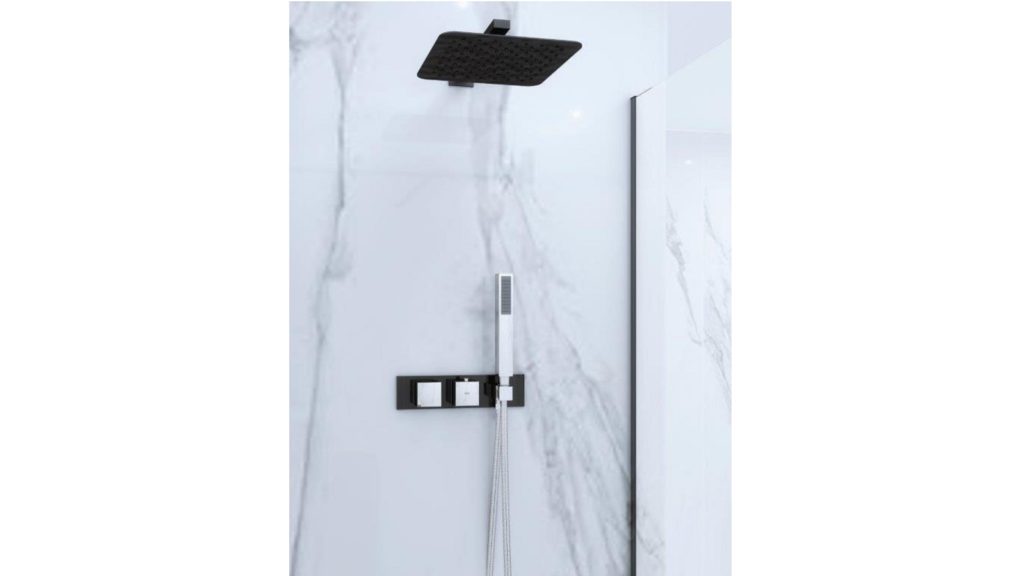 RAK-Feeling shower valves, from RAK Ceramics, can be chosen with a square our round handle and as a single or dual outlet. It is finished with a glass plate in White, Greige, Cappuccino, Grey or Black

Paul Bailey of Lixil adds: “As a nation, we are becoming increasingly more aware of the impact that we are having on the planet.

“In turn, this has had a direct influence on the manufacturers, specification and design industries as decision makers can be seen to be increasingly incorporating a sustainable ethos into their projects in a combined effort to be more environmentally responsible.”

Marketing director at Triton Showers Tina Simpson puts some figures to how consumers feel about water usage: “Our recent poll of 2,000 Brits found that for 44% of adults, reducing water waste is more important to them compared to five years ago.”

She continues: “For the 61% of adults who said they knew how to monitor their water usage, the most common way to reduce consumption was opting to use a shower rather than a bath.”

But Ben Bryden concludes there is still a way to go before consumers choose water-saving over aesthetics: “There is still an education to be had around exactly how these savings can be achieved and factors such as style and price are still the overriding factors when it comes to purchasing powers, leaving retailers with a job to do in this regard.”