Despite the bathroom market reported as being flat, VitrA is continuing to grow by taking market share.

“We have had double digit growth for the last five years. This year our target has been 6% growth and we’ve had our best first quarter ever”, reports national sales manager of VitrA UK Darren Paxford. 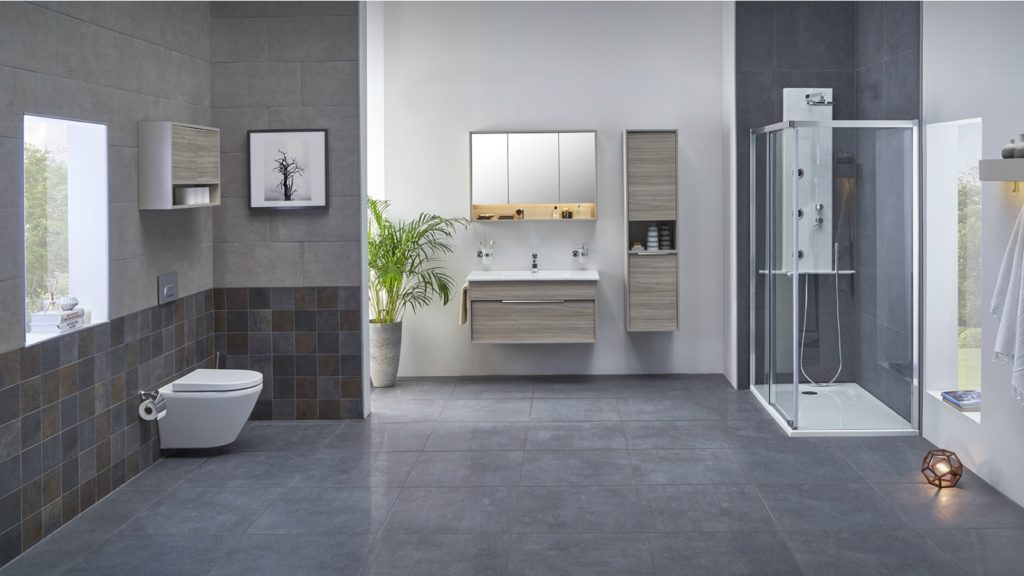 Serving the mid to luxury-end of the market, VitrA offers a range of bathroom products. It is on display at its UK showroom in Didcot

He explains the company has not only had growth through its project business, such as hotels, stating “We are the number one supplier to the largest pod producer in the UK” but also in retail through its distribution partners.

Renowned for its sanitaryware, VitrA is now planning to expand sales across its portfolio of products, such as frames, brassware and baths.

Darren Paxford continues: “We manufacture ceramics, baths, accessories, brassware, tiles and have everything you need for a bathroom.

“I think in this day and age, there are not many people who do that and do that well.  That is what we are striving to do.

“It’s not a short-term fix, it’s a long term objective.”

Already the largest market for VitrA outside its native Turkey,  this focus is expected to see UK sales grow from £24million to £30m over the next five years.

Paxford aims to follow the blueprint of the company’s furniture sales, across product sectors as he comments: “We are selling 10 times the amount of furniture we were five years’ ago.

Paxford says the acquisition of Bughbad, which took ownership of VitrA’s furniture factory was the reason behind the acceleration of furniture sales, as it enhanced the quality of its cabinetry.

This focus on quality has also seen the company recently promote its frames, following WRAS approval. 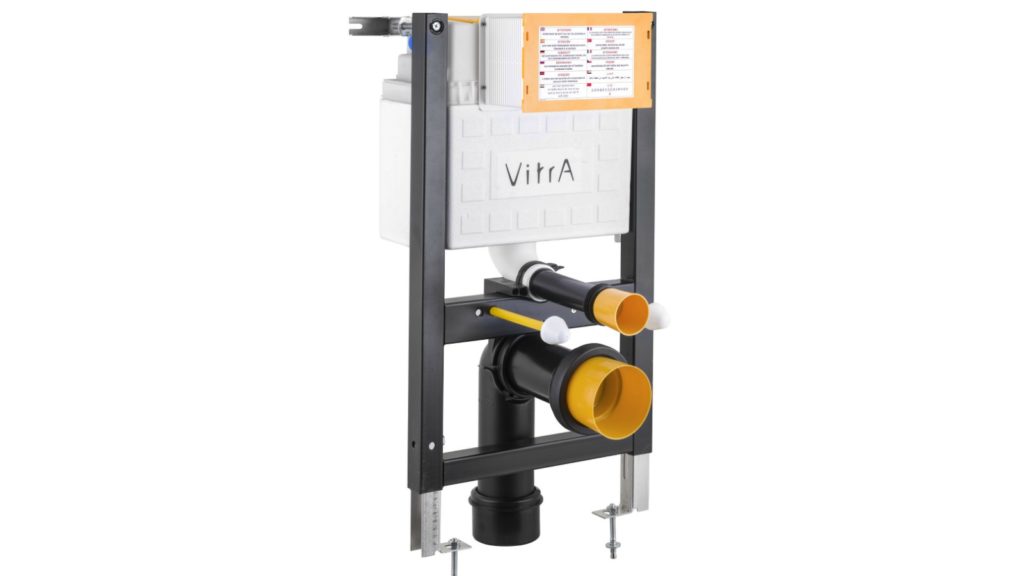 Building on its WRAS-approved frame sales, VitrA introduced the ‘fit and forget’ campaign, incentivising retailers and installers. Pictured is the reduced height model. which will be joined shortly by monolith, bidet and basin frames

And he exclaims it has already seen a growth in sales for its frames, adding: “Last year’s turnover we hit in March this year and we’ll probably end up doing £1million worth of frames this year and that’s after 18 months of the product launch.”

Using the strapline ‘fit and forget’, to give confidence that once a frame is installed it can be forgotten about, VitrA has targeted installers and retailers.

Paxford continues: “We needed to start changing the sales pattern of a retailer and give the installer confidence that there is someone out there, as well as the normal Geberit, Grohe, Thomas Dudley frames. It’s just about trying to change that attitude.”

The long term plan is to become the fourth biggest player in the market for wall-hung frames, as Paxford states: “Geberit is the market leader – you then have Grohe and Thomas Dudley – those are the three that have double digit market share in the UK. We would like to be the best of the rest.

“We have the possibility to do it. We know the majority of frames sales are going to be a standard height or reduced height frame, but we have a monolith system coming out later this year, we’ll also have bidet frames and basin frames.”

And VitrA plans to boost its product categories, doesn’t stop at furniture and frames. The company also plans to grow its brassware sales, with 80% of its taps now having WRAS approval and having plugged areas where they once missing items such as thermostatic showering.

Paxford exclaims “We manufacture 6million taps a year at our factory and there’s not enough were being sold in the UK. I would like to think over the next three years we’ll be selling £5million worth of brassware.” 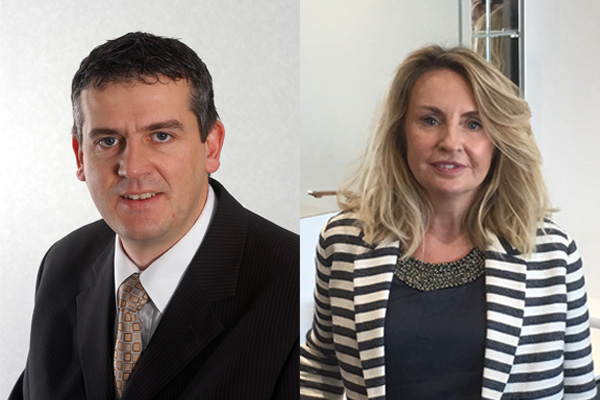 He further hints at the company focusing on bathtub and shower trays down the line, when he says: “Turkey is selling those things at the moment but buying them in from a third party.

“Acquisitions can to be made which will be able to give us access to those sorts of products as we move on. But there’s no time-frame.”

And this philosophy of encouraging the trade to single source bathroom products is more evident with the introduction of the Signature Collection for retailers.

VitrA currently offers the Designer Collection, through around 180 dealers which requires a minimum of five settings to access the products.

It also provides the mass-distributed Bathroom Collection, which requires no display commitment and is sold through distributors. Now, it has introduced Signature which sits in between the two collections.

Darren Paxford continues: “With the new signature collection we are launching, we are after retailers to start putting those products on display again.

“We want two settings, in return for a structured level discount. It will allow us to starts re-engaging us with  independent retailers and encouraging them to start putting VitrA products on display again and working with VitrA as a partner, rather than collecting VitrA as a brand.” 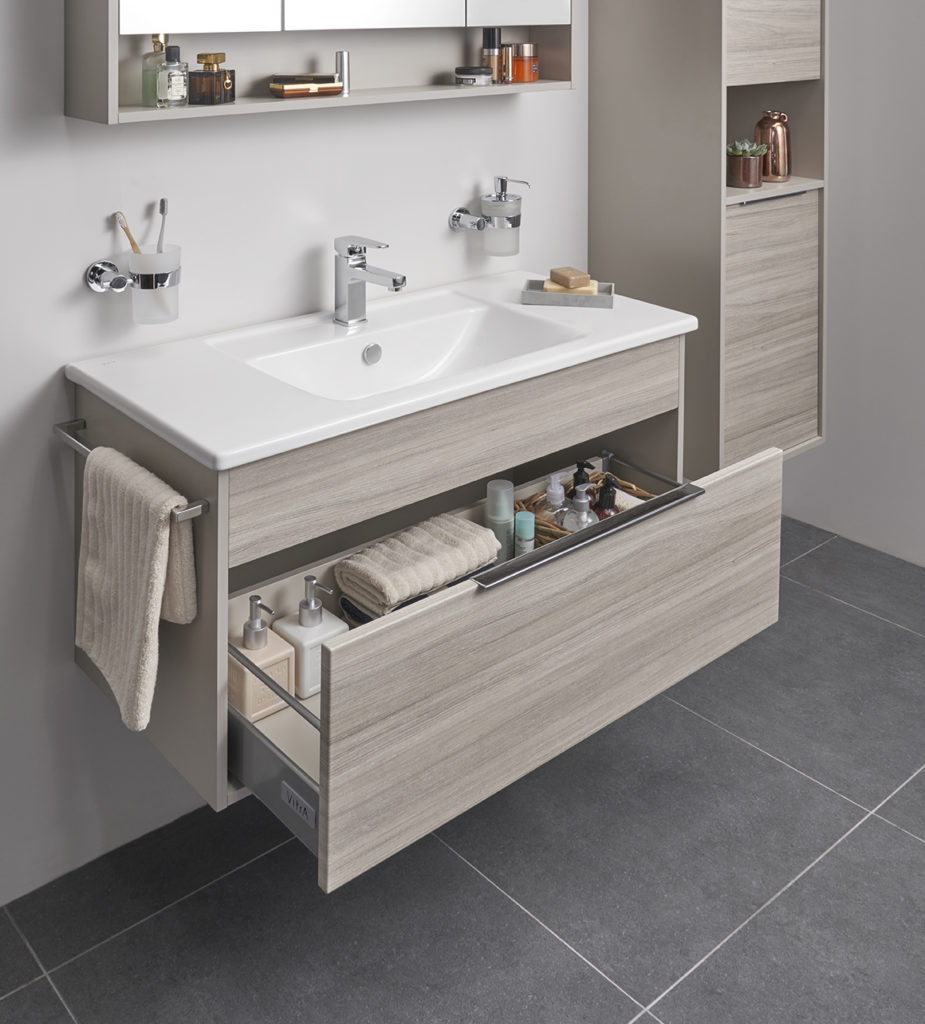 Integra, part of the Signature Collection, has been designed for the mass market. The entire collection features 80-100 SKUs

Although Paxford explains the Signature Collection is a compact range, it still offers 80-100 SKus offering a variety within the ranges, such as a choice of basins, WCs and furniture finishes.

At the heart of the range is Integra and this is joined by the revamped Shift, a mineral cast basin Encora Infinit for use with VitrA furniture, as well as the V-Care shower toilet.

Paxford explains why Integra is a hero of the Signature Collection: “We know the Integra range is going to be the next big selling piece for VitrA. 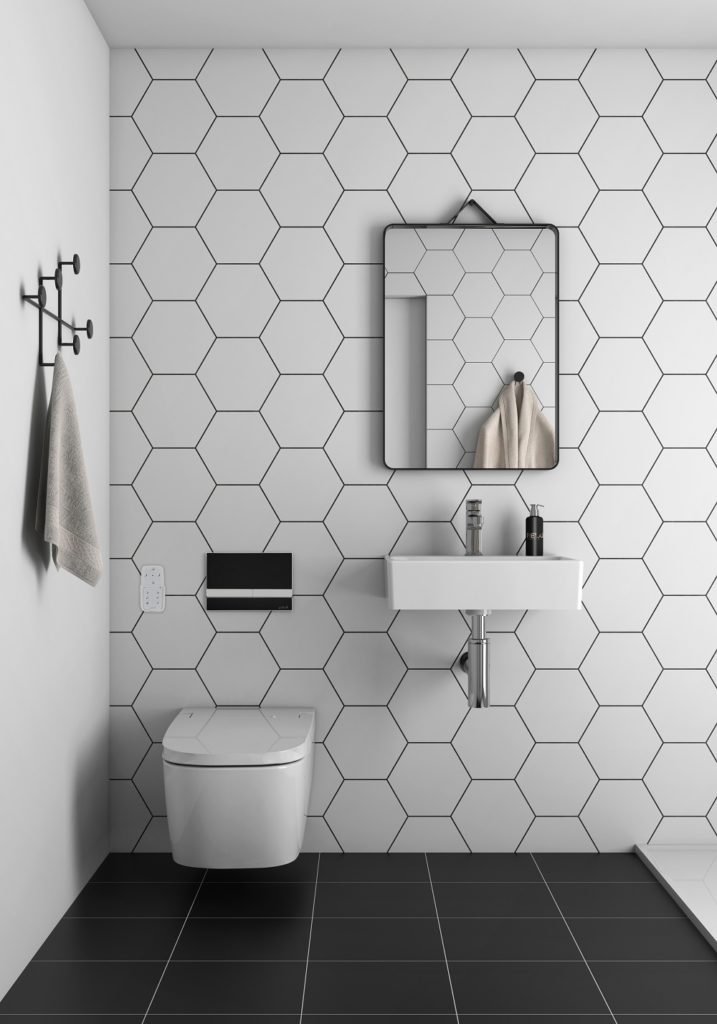 Bringing the shower toilet to the mass market, the V-Care Essential forms part of the Signature Collection. It features a heated seat, range of washing options and deodoriser, which are all operated by remote control

“It is an evolution of where we have been with S20 and S50, taking it to another level. That is why we have the confidence that people will want to put it on display.”

Paxford continues stating: “Integra is appealing to the grey market. It’s a safe product that nobody will say I don’t like that. It should appeal to the masses.”

And by putting ensuring retailers put it on display in their showroom, it again supports VitrA’s one-stop philosophy. 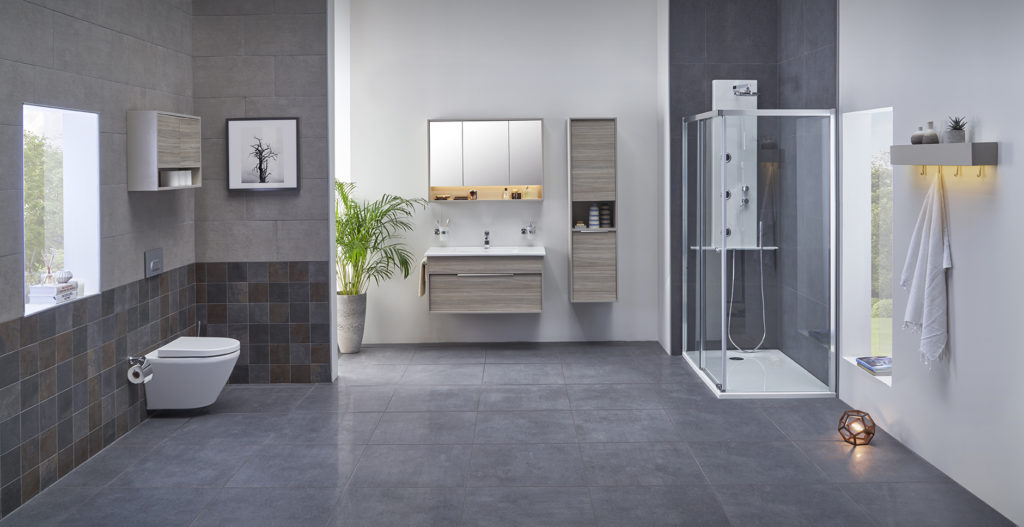 At the heart of the Signature Collection is the Integra range which includes sanitaryware, furniture and mirror cabinets to meet the needs of domestic and commercial customers. Basins are available in sizes from 600mm to 1200mm, in round and square designs, with a wide variety of complementary WCs

Marketing manager Margaret Talbot comments: “We really want retailers to sell the whole range – the furniture, the brassware, the showers, as well as that ceramic. We can do that by having product on display.”

With a safe design to claim retail showroom space, a multitude of options to help secure a wider option of sales and a one-stop shop philosophy, Signature is a long-term focus for VitrA.

Darren Paxford concludes: “I could have put the product out there and it just would have sold but tt’s about getting the right structure, managing that to give us the growth next year and forward.”