Freestanding basin made from Carrara marble 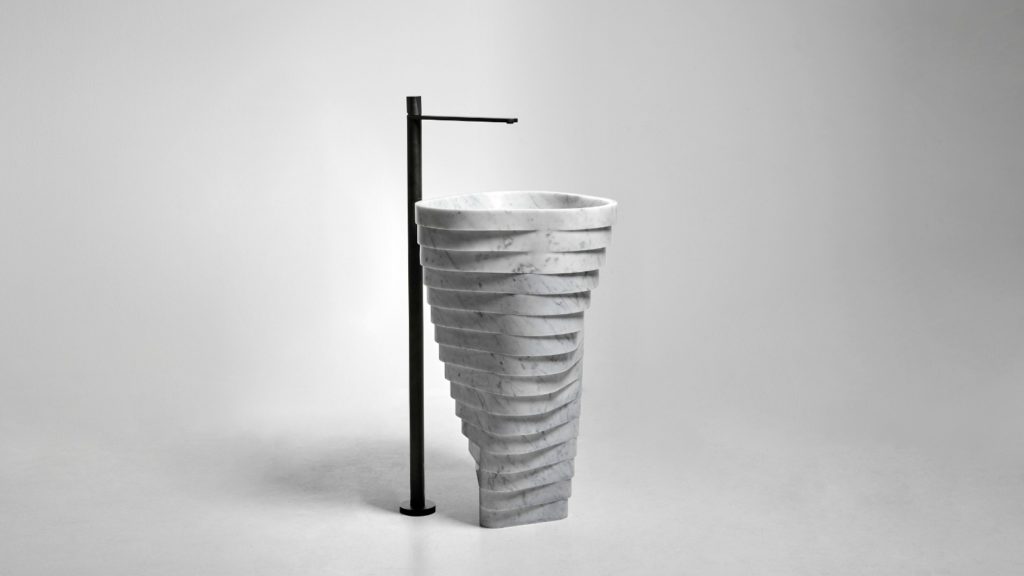 According to Antonio Lupi, Vortice has been designed to “explore the dialogue between immobility and dynamism, between soliddity and lightness, reality and appearance.”

Vortice has a small base and develops upward through a revolving movement, which gives the impression of being fluid.

It is manufactured from a single block of marble, divided into 16 layers, and features concentric rings which feature staggered overlapping.
According to Antonio Lupi, the way Vortice is manufactured reduces the waste produced by the cut.

The result is an iconic form that becomes the fulcrum and a vortex of the space.

In addition to water, air is represented in the sink by the evident sensation of lightness that the staggered stone layers are able to create.

Paolo Ulian has previously worked with Antonio Lupi on a collection of freestanding marble washbasins, which include Introverso, Controverso and Pixel.

It showcased its bathroom furniture in 1983 at Cersaie and in 1986 created the Antonio Lupi Bath Collection.