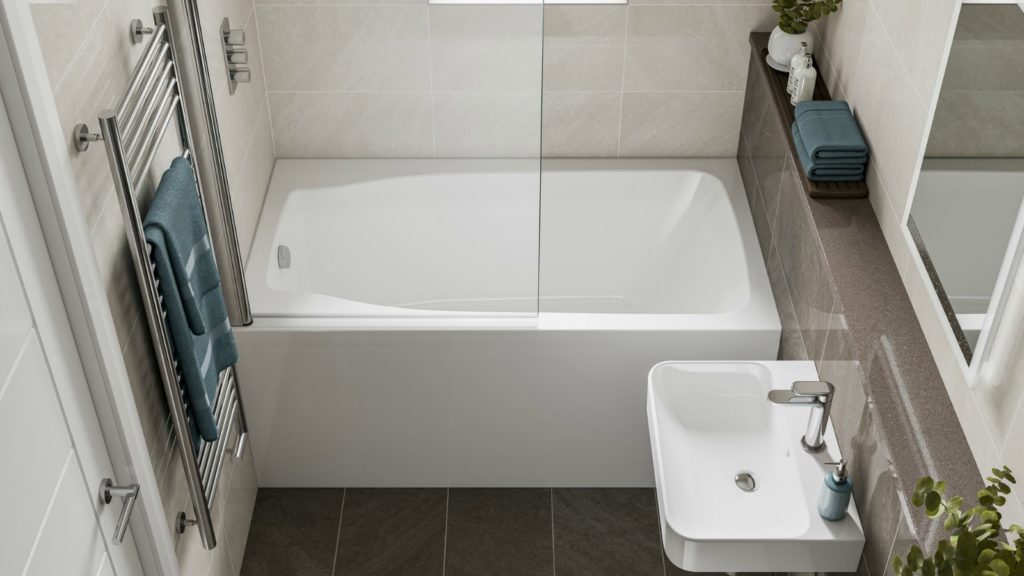 Measuring 1,522mm by 837mm, the Studio has a smaller footprint than conventionally designed baths.

Despite its reduced length, it takes some of its design cues from Cabuchon’s deep soaking tub range, as it substitutes depth for length.

This reportedly alleviates strain on the shoulders and neck, while the extra depth of water helps to create a feeling of weightlessness.

As a result of its compact dimensions, the Studio also requires less water to fill, so it affords savings on water and energy.

Designed for modern apartments and bathrooms where space is at a premium, the Studio has a flat base, so it may be used with an overhead shower.

The bath can be set into a raised deck or into a floor, and it may be installed either as a drop-in bath or undermounted.

Optionally, the Studio may be fitted with bespoke panels to cover from one to four sides.

Fitted with panels, the bath may then be used freestanding, set against a wall, or installed in a corner or niche.

Hand built in Britain, Studio is made from Cabuchon’s own composite material, Ficore, which the company can produce in any colour.

For an extra fee, special colours can also be produced – to match, for example, the base colour of a stone, tile or fabric.

The Studio tub can also be produced with stripes or other decorative colour effects.

Backed by a 25 year guarantee, it may optionally be purchased with an inbuilt hydrotherapy spa system, tailored to the preferences of the user.

Colourkast basins unveiled by BC Designs